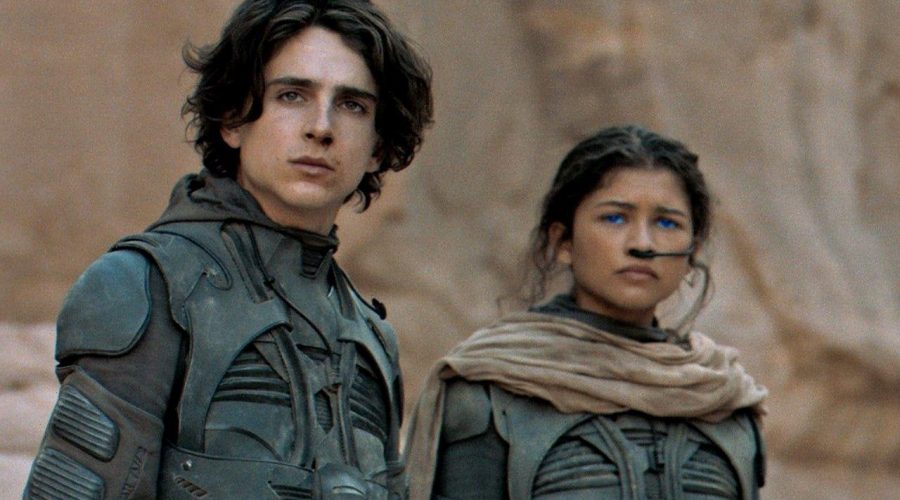 The actor playing Paul Atreides in the Denis Villeneuve-directed movie reveals in an interview with ‘Good Morning America’ that ‘the playlist was something like a 2008 dance playlist.’

AceShowbiz –Timothee Chalamet and Zendaya Coleman kept things fresh on the set of “Dune” by staging dressing room dance parties in between takes.

Zendaya was impressed with her co-star’s music tastes and invited him to create a playlist she could listen to while she was preparing for scenes – and it was so good their castmates Jason Momoa and Javier Bardem joined in with the fun too.

“He travels with sound,” Zendaya tells “Good Morning America” as referring to Timothee. “There’s always some kind of music emanating from, like, his pocket or a small speaker that he carries with him. He definitely started with the tunes and I hosted [parties] in my dressing room, and then we had a few people attending our little parties, one being Javier Bardem.”

And Timothee’s playlist has really made an impression on his sometime dance partner, who can’t get enough of the old school tracks. “T-Pain is my ringtone,” Zendaya quips.

Zendaya first spilled on hosting dance parties in between “Dune” takes earlier this year (2021). During an appearance on “The Late Show with Stephen Colbert“, she shared, “I think my favorite part was when we would have these, like, dance parties in my room, where I would leave the door open.”

“Timothee would come in with his little speaker,” the 25-year-old continued, “and then everybody would start coming in and we’d just start dancing.”