Player Maria found herself in the final after an impressive run in yesterday’s programme, but she nearly missed out on the jackpot in a tense final round, leaving the host in shock.

However, on her penultimate drop, the jackpot counter was hanging onto the drop zone by a thread.

“Surely it can’t move, surely it’ll slip on it,” said the host.

The jackpot coin became wedged in between other counters on the edge of the bottom shelf.

He admitted: “I’ve never seen that before, to the left of it that stack is holding it in place. 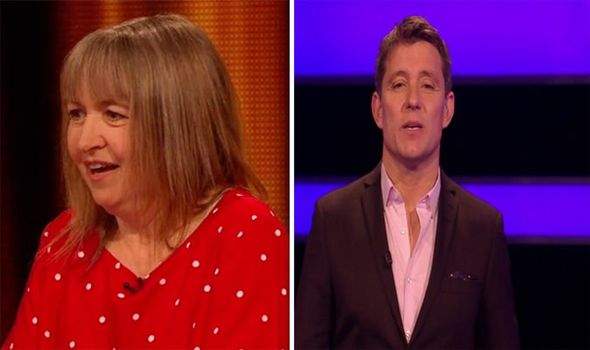 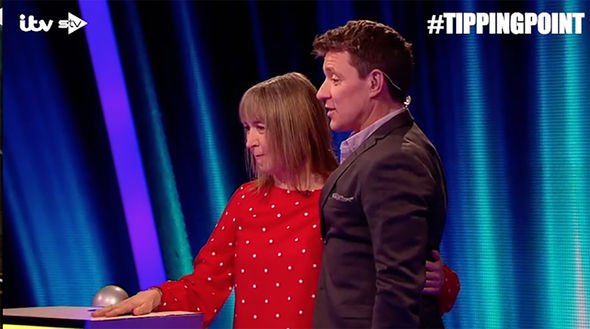 “In all the shows I’ve never seen the jackpot counter just hang on like that,” he told the finalist.

Viewers took to Twitter to express their shock at what they were watching.

“Magnet man is teasing us now,” joked one viewer on Twitter.

Another said: “It’s hanging on by a baw hair.” 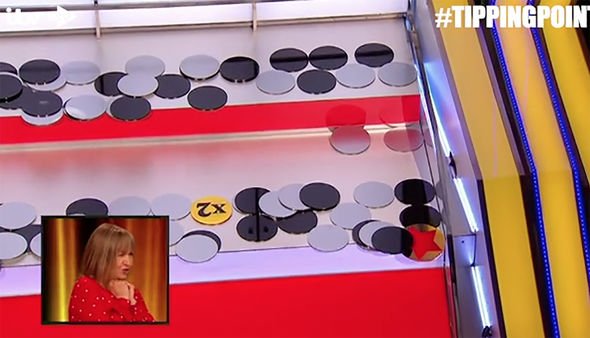 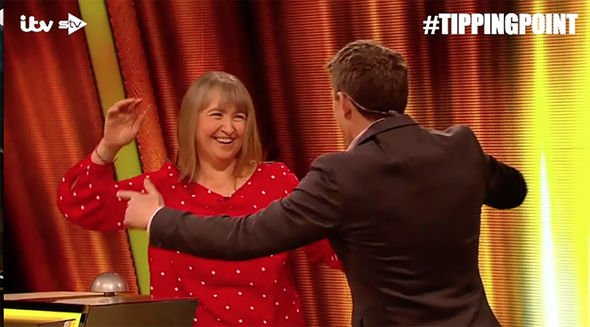 It made for tense viewing, as Maria had one last counter left, with Ben pleading: “Surely this time?”

Luckily, it paid off, and Maria, a school teacher from Stockport, found herself pocketing the £10,000.

She immediately confessed to the host: “Oh my goodness… that was too scary.”

When asked whether she thought she would win the programme, she told Ben the host she never thought it would really happen.

“It’s just amazing, the sort of thing you think about on the way here, but you don’t think it will really happen,” she stated.

“Maria, congratulations, it was going along, I thought we were going to break records!”

Ben then called her victory “unbelievable” and “extraordinary”.

Fans of the show were delighted to see the player win the jackpot.

“#TippingPoint a deserving winner today for once” stated one.

Maria told host Ben that she was off to see the Northern Lights, after failing to see them on a previous trip.

One user joked on twitter that: “She’s going to see the Northern Lights (at Blackpool) #TippingPoint”

Tipping Point airs every weekday at 4pm on ITV