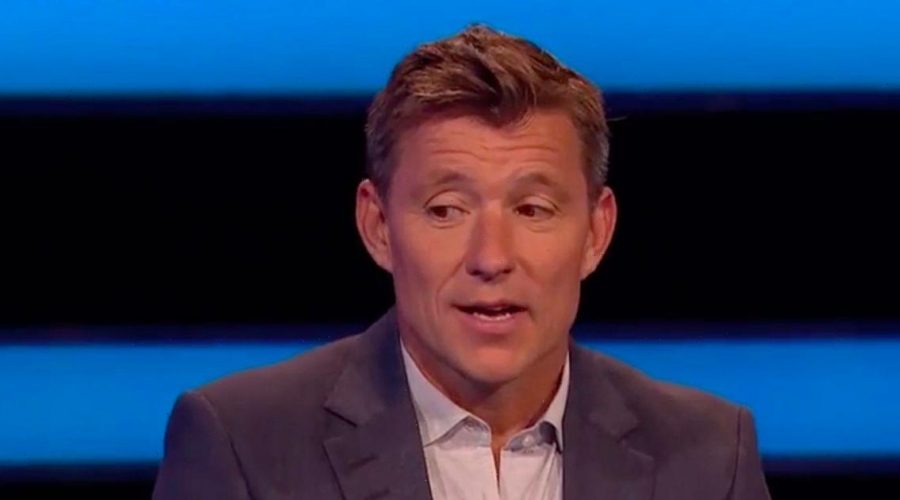 The comic went on to show the host his underwear, which features several pictures of Ben's face.

Joe's blue outlandish boxers were so fetching that the television personality kept his trousers down and showed them off throughout the show.

"These pants are worth their weight in gold," Joe said as he sailed through to the final.

When asked how the pants made him feel, Ben replied: "Nervous" and added it was "disconcerting".

Joe joked that he felt "uncomfortable" wearing them.

As Joe answered more questions he ended up with a considerable £6,300. But sadly, he did not get over the tipping point – despite wearing his "lucky pants".

However, Ben offered the Geordie comic a trade. Three more “counters” to try but if the machine didn’t tip, he would lose £5,000.

At this point, Joe said his lucky pants “felt heavier”. He also said the owner of his charity of choice would want him to take the risk so he decided to go for it – to the audience’s delight.

Despite being “very nervous” the machine did as Joe wanted and he got his £20,000 grand prize for charity – the Tamworth Wellbeing and Cancer Support Centre.

Joe said: "That’s an amazing amount of money. The charity does amazing things for cancer patients and their families and will benefit so massively from this money."

It's not the first time Ben has been left a bit red-faced by cheeky contestants.

Tess Daly made a very flirty offer to the handsome host, involving the pair of them doing a "Romba" together.

She then invited Ben for a dance, saying: "And who knows, perhaps Ben and myself might get together for a celebratory Romba…"

Ben looked quite flustered for a moment as the studio burst out with a collective "Oooh!".