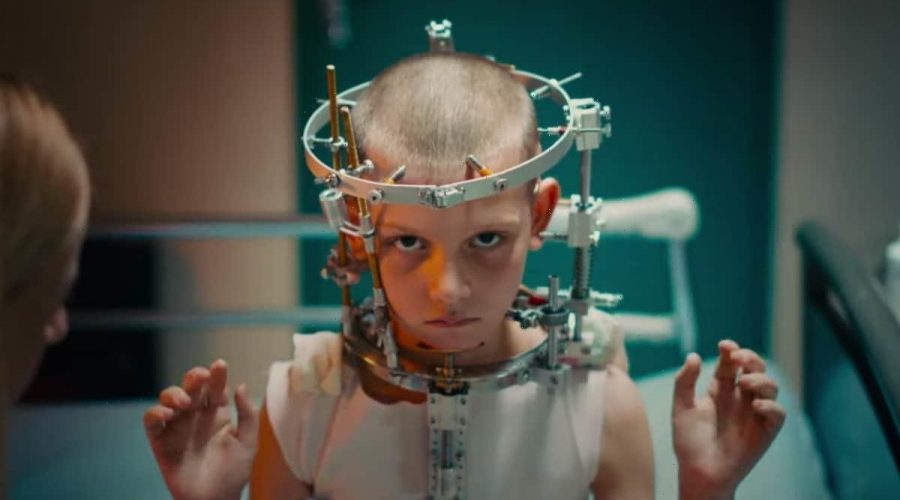 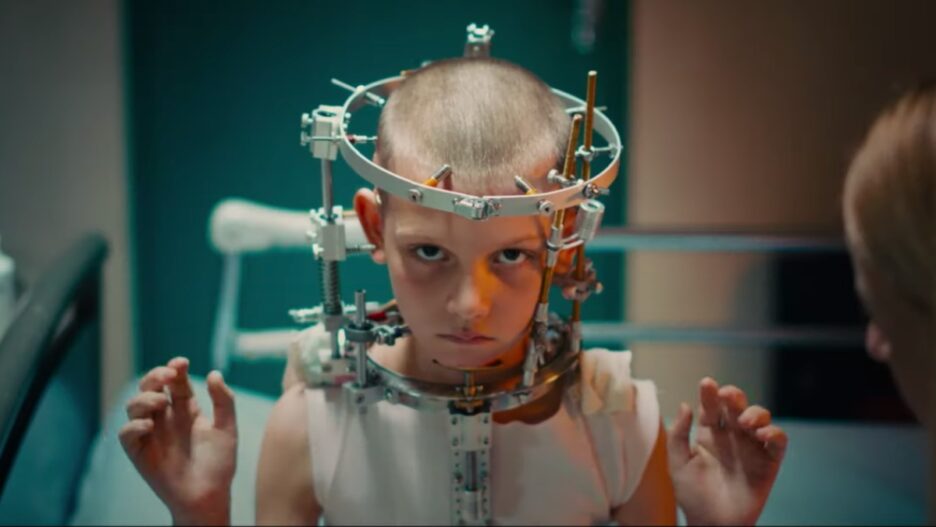 As if to assure us that reaching international art cinema’s most hallowed grounds hasn’t turned her soft, Julia Ducournau opens her sophomore feature “Titane,” which premiered in competition at the Cannes Film Festival on Tuesday, with as follows: A car crash, an up-close shot of open-cranium surgery, neon-lit car show girls twerking and grinding in hot pants, body modification, body scarification, girl-on-girl-flirtation, girl on-girl-copulation, girl-on-machine-copulation, boobs, bums, blood and barf, and about five gruesome murders.

And that’s just in the first ten minutes. The Dardenne brothers, this is not.

Not that “Titane” even wants that mantle. Ducournau’s follow-up to “Raw” is more than comfortable in its genre trappings, offering grab bag nods to past masters and positively delighting in sex, violence and grisly prosthetics as it chants “Long live the new flesh” from the film world’s toniest perch, inviting all gathered to join along.

This visually evocative, set piece-heavy film isn’t particularly driven by plot, but here are the broad strokes: “Titane” follows 32-year serial-killing fly girl Alexia (Agathe Rousselle) who, when the cops come after her, pretends to be a 19-year boy who has been missing for decade.

If the boy’s fire sergeant father Vincent (Cannes perennial Vincent Lindon, in a role written for him) wills himself to believe, that’s understandable enough. The man is sad and lonely and overflowing with steroid-addled machismo, and having a “son” onto whom to project all that is a good enough proposition after ten long years.

But before the pair crosses paths and Alexia becomes Adrien, we get to experience her murderous touch firsthand. And it is touch that sets her off; a titanium plate lodged in her head since a childhood car crash has gradually turned Alexia into a sort of magnet, drawn to metal, repelled by humans.

Ducournau doesn’t show too much pity for the poor saps that learn this first hand, mind you, staging one particular murder spree with so much anarchic glee that the killer – and in that sense the film itself — needs to pause for a wink and a quick laugh at the sheer ridiculousness of everything onscreen, before barreling forward.

It isn’t all just gore for gore’s sake. As she did in “Raw,” Ducournau taps into Grand Guignol excess as an unexpected way to approach questions of a more esoteric nature, here those of gender and gender performance. For as much as Alexia leans into a certain expectation of femininity when dancing on cars, so too do the firemen, sanding off every stray edge of themselves in order to fit into the corresponding masculine ideal.

And if the men under Vincent’s command are far more at ease living with a spree killer than with a self-presenting man who presents in a less rigid way, just hope they don’t find out this certain wolf-in-firemen’s-clothing is pregnant.

As to the nature of the father, well, let’s just say “Titane” finds uses for automobiles that the “Fast and Furious” series would never dare.

So into this heady, silly mix we add threads of maternity and chosen family alongside existing threads of self-delusion, self-destruction and gender play, all tied into a body horror knot. Unlike “Raw,” however, the film never coalesces around an effective central metaphor to keep this all in place. Instead “Titane” offers a less elegant, more ambitious but also more unruly follow-up.

It’s also an awful lot of fun, and wholly unlike anything else in Cannes’ competition this (or really any other) year. Mixing elements of queer theory with visual panache and good clean gory fun, Ducournau is an original on the international stage. For as long as she keeps them coming, let’s hope she remains a fixture on the Croisette. Long live the new flesh.