Today, Saturday July 3, 2021, legendary actor Tom Cruise turns 59-years-old. The American icon has appeared in countless films and has become one of the most recognisable Hollywood stars of all time. Perhaps his biggest cinematic franchise is the Mission: Impossible series. Before he was climbing up the world’s tallest building or jumping out of moving planes, however, he carried out a heist at the CIA’s headquarters.

WATCH THE INTENSE HEIST SCENE BELOW

This thrilling and tense scene involved Cruise being dangled from the safe room’s ceiling to hack into its computer terminal.

Cruise’s character Ethan Hunt had to avoid a number of motion sensors in the room, as well as a number of other safety measures, including temperature and sound detectors.

This all came to a nail-biting end when his colleague, Franz Krieger (Jean Reno), dropped Hunt before narrowly catching him just before he hit the floor.

What followed was one of the most iconic moments in the M:I franchise: Hunt hanging just centimetres from the floor. 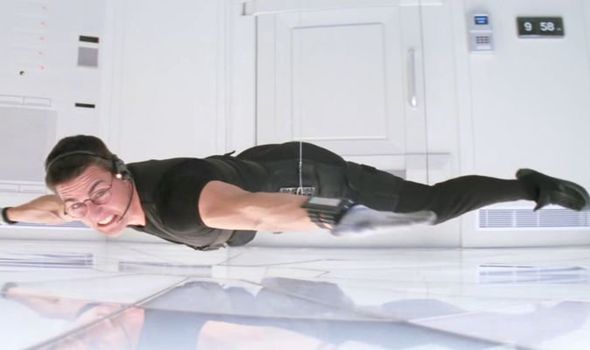 Cruise was interviewed by director and screenwriter of the series Christopher McQuarrie for the anniversary edition Blu-ray of the 1996 movie.

During the chat, Cruise revealed he almost didn’t make the dangling shot. He said: “We were running out of time, and I kept hitting my face and the take didn’t work.”

Eventually, in the final take the director was willing to do, Cruise had a stroke of genius to counteract his face from falling forward and hitting the floor.

Cruise filled his shoes with British pound coins to act as a counterbalance, levelling out his body and succeeding in the take. 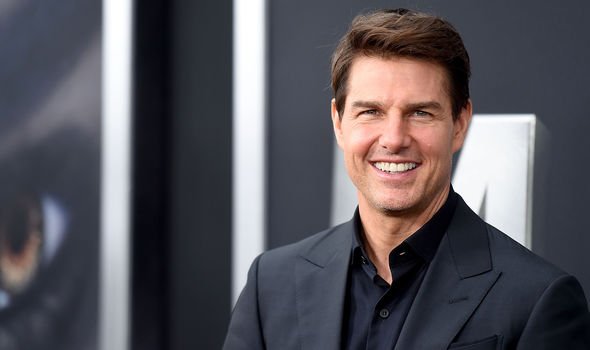 Cruise said in the interview: “[Director] Brian [De Palma] said: ‘One more and then I am going to have to cut [into the moment] and do it.’

Eventually, this exact take was placed in the final film, showing how Cruise’s ideas saved the most memorable moment of the movie. 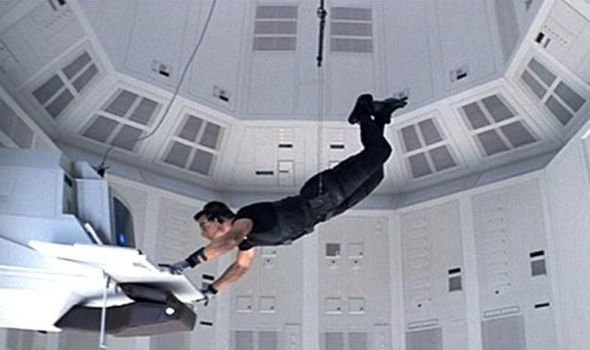 Cruise’s dedication to the franchise has continued into the latest in the franchise, Mission: Impossible – Fallout.

However, one slip-up on a jump left the actor with a broken ankle.

Telling the story on The Graham Norton Show, Cruise said: “I was chasing Henry and was meant to hit the side of the wall and pull myself over but the mistake was my foot hitting the wall.”

Cruise continued: “I knew instantly my ankle was broken and I really didn’t want to do it again so just got up and carried on with the take.

“I said: ‘It’s broken. That’s a wrap. Take me to hospital’ and then everyone got on the phone and made their vacation arrangement.”

The Mission: Impossible films are available to watch on NOW.