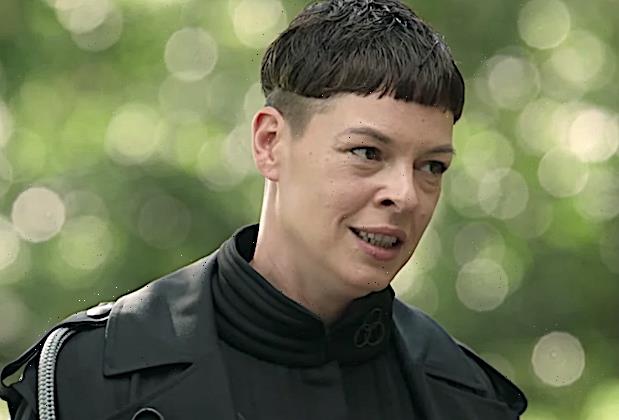 What wearing a red shirt is to Star Trek crew members, making plans for the future is for Walking Dead characters. Yet in the penultimate episode of the AMC drama’s World Beyond spinoff, one of our young survivors made that fatal mistake and…

Well, suffice it to say, they are no longer one of our young survivors. How’d it happen? And to whom? Read on… 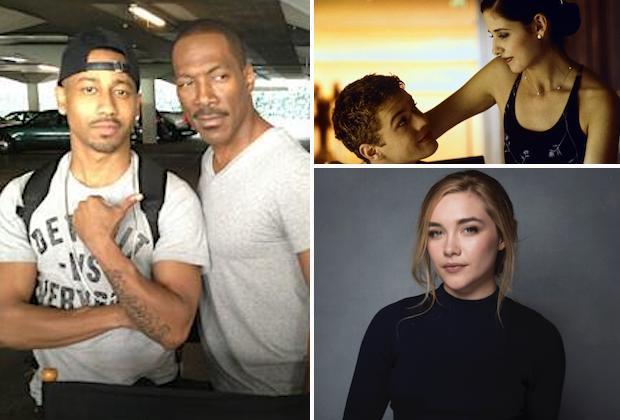 ‘SOMETIMES HELPING HURTS LIKE HELL’ | As “Death and the Dead” began, Jadis was chagrined to learn that Leo & Co. were detonating bombs all over the place, in the process blowing to smithereens any number of CR soldiers. She was further chagrined to learn that the escapees had in their possession Major General Beale’s son, Mason. (Yes, there was a lot of chagrining going on.) Seeing no alternative, she met Dr. Bennett’s demand for two transport vehicles with which he and his fellow rebels could head for the hills. But, she couldn’t resist adding, “May I be the first to congratulate you on roping a lot of smart people into a breathlessly stupid suicide mission?”

While Leo took off with his fellow scientists, Felix and Hope set out to destroy the gas with which the CRM intended to obliterate Portland. One problem: It wasn’t any longer where it had been. Jadis had anticipated that they’d try to save Portland, so she’d had it moved. (The gas, that is, not Portland.) Meanwhile, Percy floated the idea of going to the Getty Museum with Iris after this was all over. “We could grow our own crops” on the lawns, she thought. 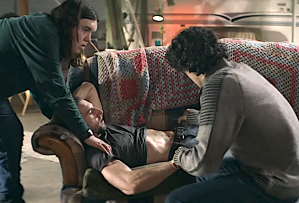 Oh, Iris. That was never going to happen, per Walking Dead rules. At the culling station, Silas held down Dennis so that Elton could remove the bullet lodged in his six-pack. He still needed antibiotics, though — some things, even great abs can’t cure — so after pointing a bunch of walkers in the direction of CRM HQ, Silas and Elton made a pit stop at the research facility. With all the soldiers off dealing with the approaching column, cadet Webb was left to keep watch, and he took his job so very seriously that he threatened to shoot his old pal and wound up being devoured by walkers. Off screen. (That’s gotta hurt when even Gage got a good on-screen demise.)

‘IT’S WHAT HE DESERVED’ | Eventually, Felix, Iris, Hope and Percy, along with hostage Mason, landed themselves in a face-off with Jadis, her soldiers and double agent Huck. Felix wanted Jadis to let them go, then they’d release Mason when they were safely away. She couldn’t agree to that — and didn’t need to. “There’s you, and there’s us,” she noted, “and a giant column of the dead coming. Let’s see who blinks first.”

While they all waited to see which group would, in fact, blink first, accusations of genocide flew, prompting Jadis to explain that CRM modeling had shown that Omaha, Portland and Campus Colony were never going to become fully self-sustaining and would ultimately spark a devastating famine. “What we did to your home,” she reckoned, “was mercy.”

By and by, walkers approached, Mason made a run for it, Percy gave chase, and Huck took out two CRM soldiers to protect the kids. Well, as many as she could. Percy took a bullet to the back of the head, thus ending Ted Sutherland’s run as the series’ standout. After a moment of will-she-or-won’t-she tension over whether Hope would avenge the death of her sister’s boyfriend by shooting Mason, the Bennett sisters fled with Felix, and when walkers started eyeing Major General Beale’s son like a menu item, distracting Jadis, Huck made her own escape. 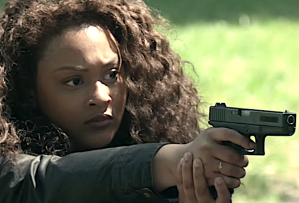 ‘THE CRM WON’ | After that whole kerfuffle, Jadis walkie-talkie’d Major General Beale that the timeline on Portland would have to be moved up. (Is anyone else starting to wonder if, since we still have yet to see him, he’s going to turn out to be someone we know? Couldn’t be an amnesiac Rick… could it?) Elsewhere, as Felix left Hope and Iris to help the scientists fix a flat tire — where’s apocalyptic AAA when you need it? — the siblings reunited with Elton and Silas, and they all had a big, sad group hug over Percy. (Although given Silas’ crush on Iris, you’d have thought he’d be doing a happy dance… )

When Huck arrived at the culling station, she found Dennis still alive. But given the tears she subsequently shed, I’m going to guess that he didn’t stay alive for very much longer. Maybe the kids should have done more antibiotics-delivering, less group-hugging. Anyway, when the foursome pulled apart from their embrace, their lament over Portand’s imminent demise was interrupted by a call from Huck, who seemed to have found the gas at the culling station.

So, what did you think of “Death and the Dead”? Do you share my suspicion that Beale will turn out to be someone we know? Hit the comments with your best guesses.