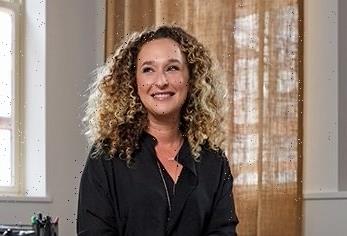 In her new role, Marker will oversee and expand the company’s upcoming production slate across both film and television. She will operate out of the company’s New York office and will start her position effective immediately.

Producer Marker founded Nine Stories, the independent production company, with Jake Gyllenhaal in 2015. Her recent producing credits include Antoine Fuqua’s The Guilty which premiered at the 2021 Toronto International Film Festival and was acquired by Netflix; as well as Joe Bell directed by Reinaldo Marcus Green starring Mark Wahlberg; Relic, which premiered at the 2020 Sundance Film Festival and Paul Dano’s directorial debut Wildlife nominated for three Independent Spirit Awards, starring Carey Mulligan and Gyllenhaal. Prior to Nine Stories, Marker produced Cary Fukunaga’s Peabody award-winning film Beasts of No Nation starring Idris Elba and Michael Showalter’s Hello, My Name Is Doris. She was an EP on Lisa Cholodenko’s Golden Globe Best Picture winner and 4x Oscar-nominated dramedy The Kids Are All Right.

In addition to feature films, Marker produces for the stage, her shows receiving 16 Tony nominations for the 2019 season for Jeremy O. Harris’ Slave Play and Simon Stephens and Nick Payne’s Sea Wall / A Life, which opened at The Public Theater and transferred to Broadway’s Hudson Theatre. Marker also produced the critically acclaimed Sondheim musical revival of Sunday in the Park with George starring Annaleigh Ashford, Ashley Park and Gyllenhaal. Marker was named to Variety’s 2020 Women’s Impact Report and is a member of The Academy of Television Arts & Sciences and The Broadway League.

Marker first connected with O’Neil and King while teaming on the upcoming film, Finding the Mother Tree, which she is co-producing with Gyllenhaal for Nine Stories alongside O’Neil and Amy Adams via her Bond Group Entertainment. The film is an adaptation of the recently released memoir by Suzanne Simard.

“Riva is a force in content, having conquered the worlds of film, television, and theater. Her vast experience gives her a unique and valuable perspective that will be integral as Linden continues to expand,” said King and O’Neil. “She is a bold and dedicated producer who is not afraid to push boundaries and advocate for visionary voices, and we have seen the results of her own creative vision shine firsthand. We could not be more thrilled to have her join the team as we grow our diverse slate.”

“I have been fortunate to have had the opportunity to work with and get to know Stacy and Nicole over the past few years. Since the moment we met, I have been inspired not only by their commitment to their clients, but to their passion for authentic and exciting storytelling,” said Marker. “I am thrilled to join forces with such a talented team of women and look forward to my new role and the incredible projects that we will create together.”

Founded in 2020 by King and O’Neil, Linden Entertainment is a premiere management, production and brand ventures company with an exceptional client roster including many of Hollywood’s most sought after award-winning and critically acclaimed film and television talent. Clients include Vin Diesel, Garner, Amy Adams, Margaret Qualley, Rachel Weisz, Vanessa Kirby, Beanie Feldstein, and Eiza Gonzalez among others.