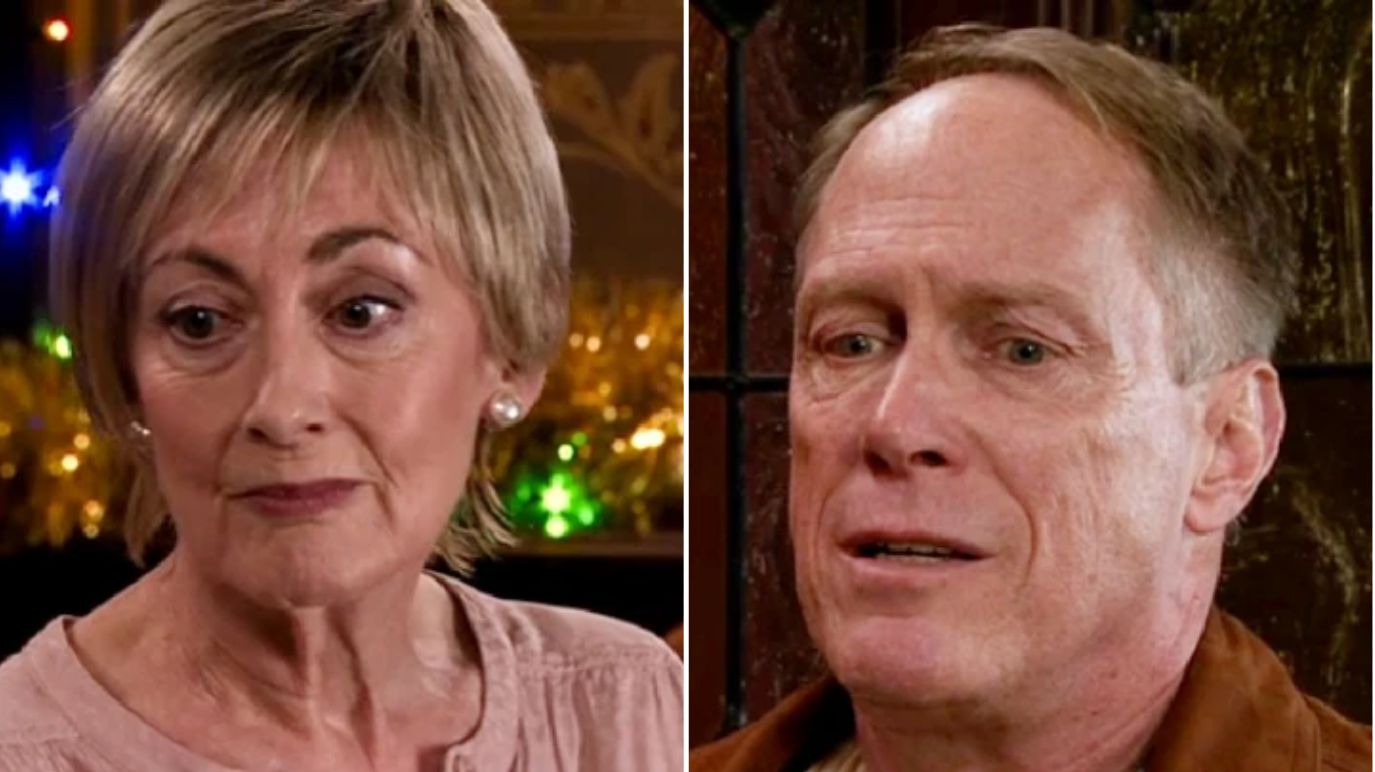 After learning that Elaine has quite a bit of money to her name, Stephen turned on the charm and has started spending more time with her.

Tonight, as Sarah (Tina O’Brien) continued pestering her uncle about the investment fund, he continued to spin lie after lie, trying to buy himself enough time to come up with a way of getting his hands on £12k.

After a chat with Tim (Joe Duttine), who told Stephen that he needs to look after his vulnerable mother, Stephen was curious.

Always one for a bit of gossip (she’s Gail’s daughter, after all), Sarah told Stephen about Yasmeen’s (Shelley King) history with Geoff Metcalfe – explaining that he would coercively control and abuse her and before he was with Yasmeen, he did it all to Elaine.

Stephen was horrified but we knew it was all an act as in the pub, he used Elaine’s past to his advantage.

Stephen lied about his relationship with Gabrielle (Helene Maksoud), telling Elaine that she controlled him and would sometimes have to justify spending money on the smallest of items like a coffee.

Elaine is a kind and gentle soul. She felt sorry for Stephen and continued to spend time with him in the evening when Sarah and Michael (Ryan Russell) sat down to talk about the cash.

As Elaine got up for another round of drinks, Stephen reassured Sarah and Michael that he will get the money – he just needs a few weeks.

As he said this, he briefly glanced at an oblivious Elaine…but will she lose her money to the sleazy businessman?