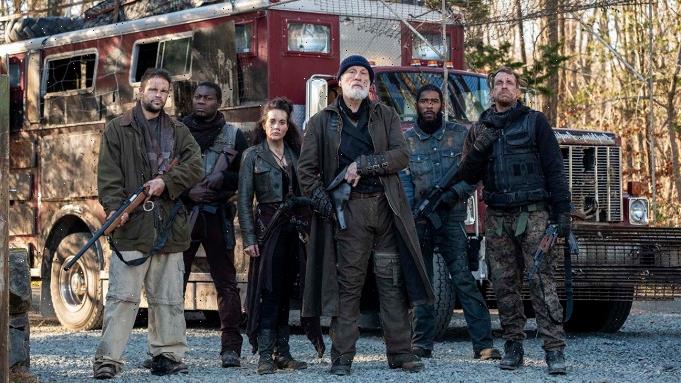 Quiver Distribution has released a trailer for The Survivalist, a gritty post-apocalyptic drama starring Jonathan Rhys Meyers and John Malkovich.

The film, in theaters and on demand October 1st, sees Meyers playing a former FBI agent who has to protect a young woman from a gang leader, played by Malkovich. The synopsis notes, “A year and a half after the fall of civilization due to a viral outbreak, a former FBI agent is forced to protect a young woman immune to the disease from a dangerous gang leader hunting her.”

Ruby Modine rounds out the cast of the film, which was directed by Jon Keeyes and written by Matthew Rogers.

Last year, Malkovich sat down with Rolling Stone to discuss his role in Netflix series Space Force, as well as teaching himself to play the guitar. He previously starred in HBO’s The Young Pope alongside Jude Law, with the second season arriving in early 2020.