AS Josh Duggar faces trial on child pornography charges this week, we take a look inside the lives of the disgraced reality star's rarely-seen younger siblings.

From spotlight-shy Jana to married Justin and father-to-be Jed, the former Counting On stars are doing their best to move on from Josh's scandal. 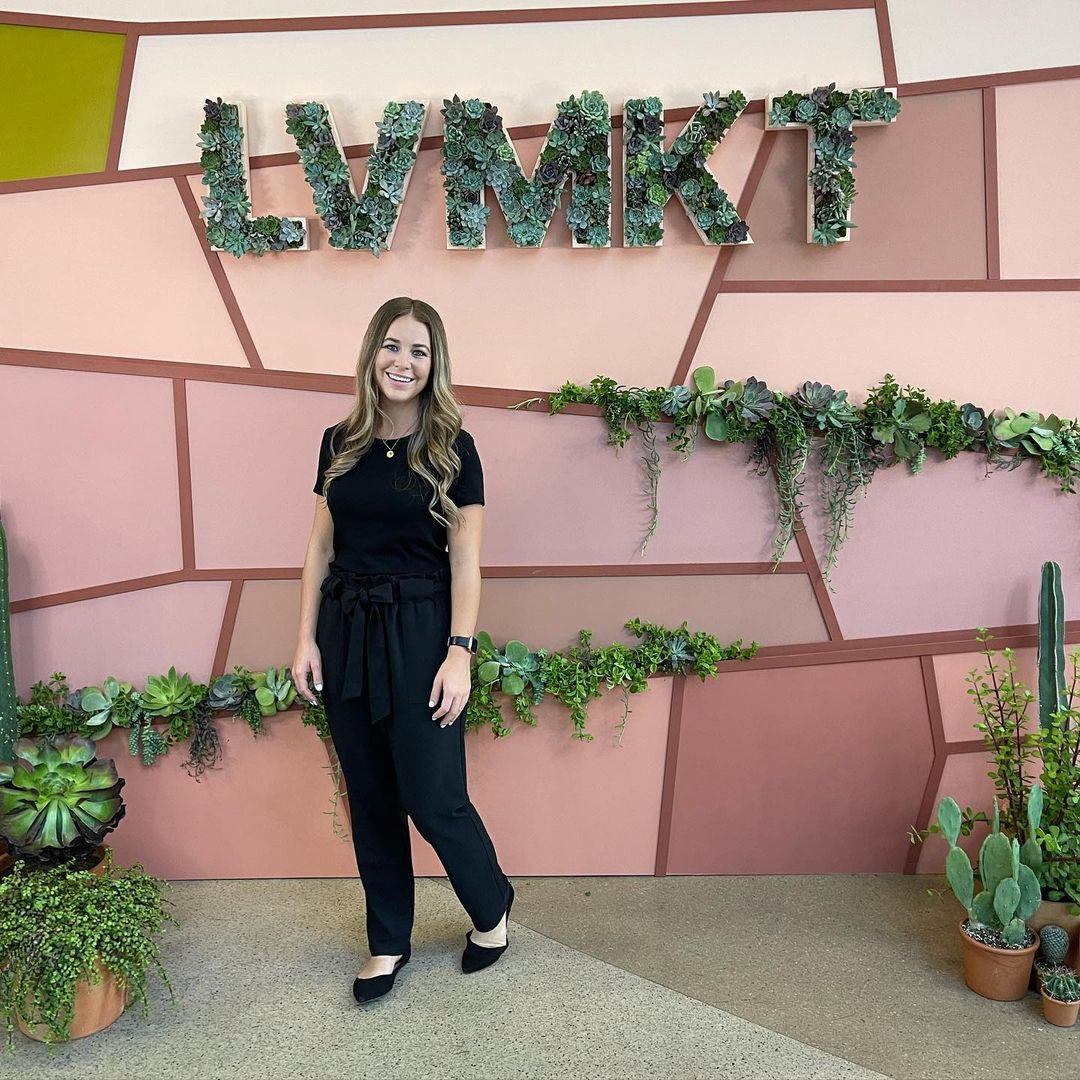 Jana, 31, still lives with her parents Jim Bob and Michelle as well as her younger siblings at the family's Arkansas compound.

She has been labeled Cinderella Duggar by fans, as she is the oldest unmarried sibling of the clan's 19 children.

The reality star was rumored to be dating 27-year-old pilot Stephen Wissmann after they spent Christmas together.

In April, they both attended an airshow in Florida, and sparked engagement talk when a fan spotted an Instagram page with the name "Jana M Wissman".

However Stephen sparked speculation that they had split in September after he was spotted dancing with "other girls" at a party. 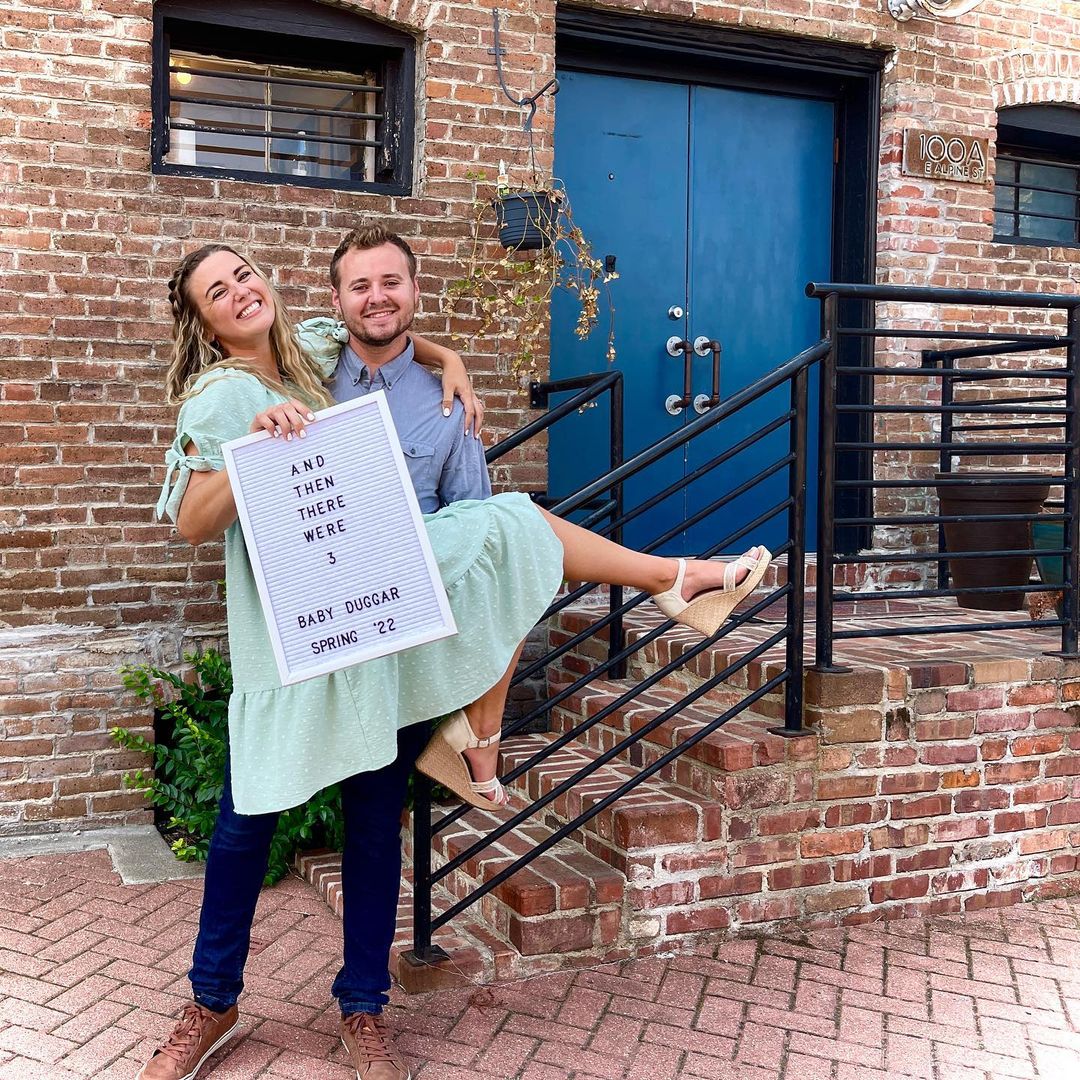 Jed, 22, followed the family tradition by marrying young – he tied the knot with Katey Nakatsu in an Arkansas wedding in April.

Duggar fans were left feeling disturbed by their vows, with Jed promising to be Katey's "leader", while she vowed to "submit" to him.

They are living in a $365,000 three-bedroom home in Springdale, Arksansas, that was gifted to them by Jim Bob and Michelle.

In September, the couple revealed they are expecting their first child, who is due in Spring 2022.

They were slammed for mocking the Covid-19 pandemic in their "insensitive" announcement.

Jed locked lips with his wife in a series of photos, while holding a sign that read: "She tested positive, but not for Covid." 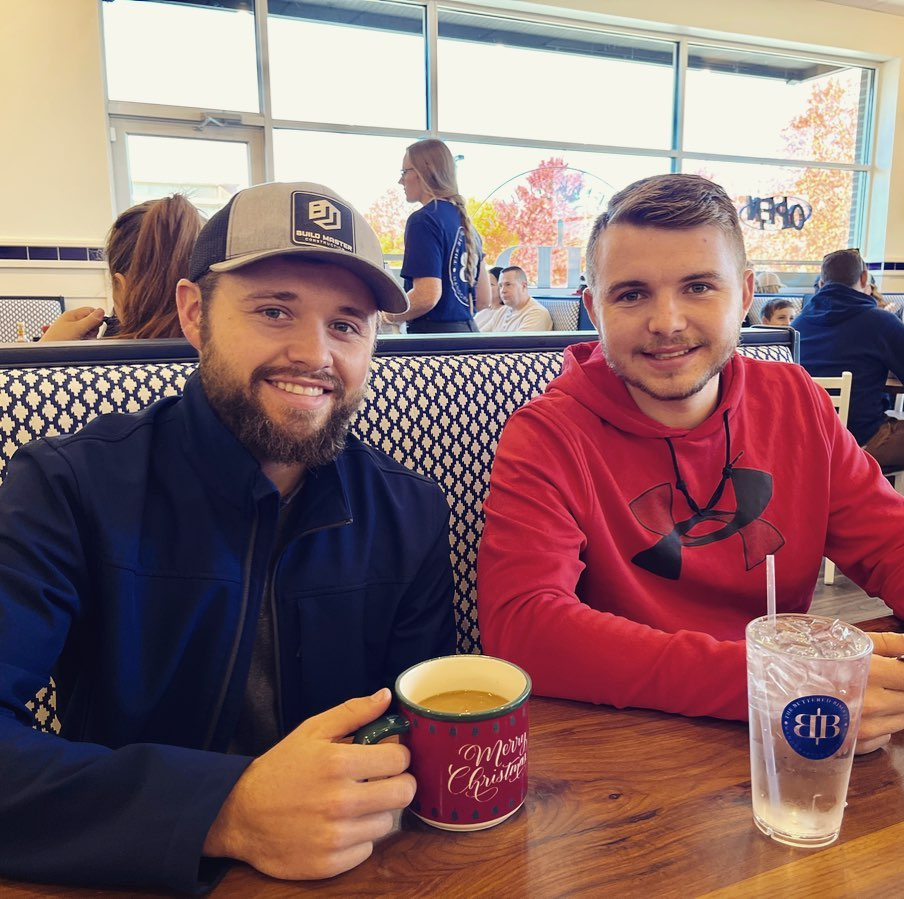 Jason, 21, who is the 12th of Jim Bob and Michelle's 19 children, is the owner of a contracting business.

It seems things are going well for the budding property mogul, who sold a Bella Vista, Arkansas farmhouse he built by himself in July 2020.

Back in 2017, Jim Bob co-signed for a local property that Jason fixed up and flipped when he was just a teenager.

The family bought the house for $33,000 with the intention of Jason gutting and transforming the home and it sold for $167,000 in 2018, according to Radar Online.

Jason hasn't publicly dated anyone yet, but in September he was linked to a woman called Kayla Whaley.

They were spotted together during Jason's trip to LA to visit Jinger and Jeremy Vuolo with Jana and James. 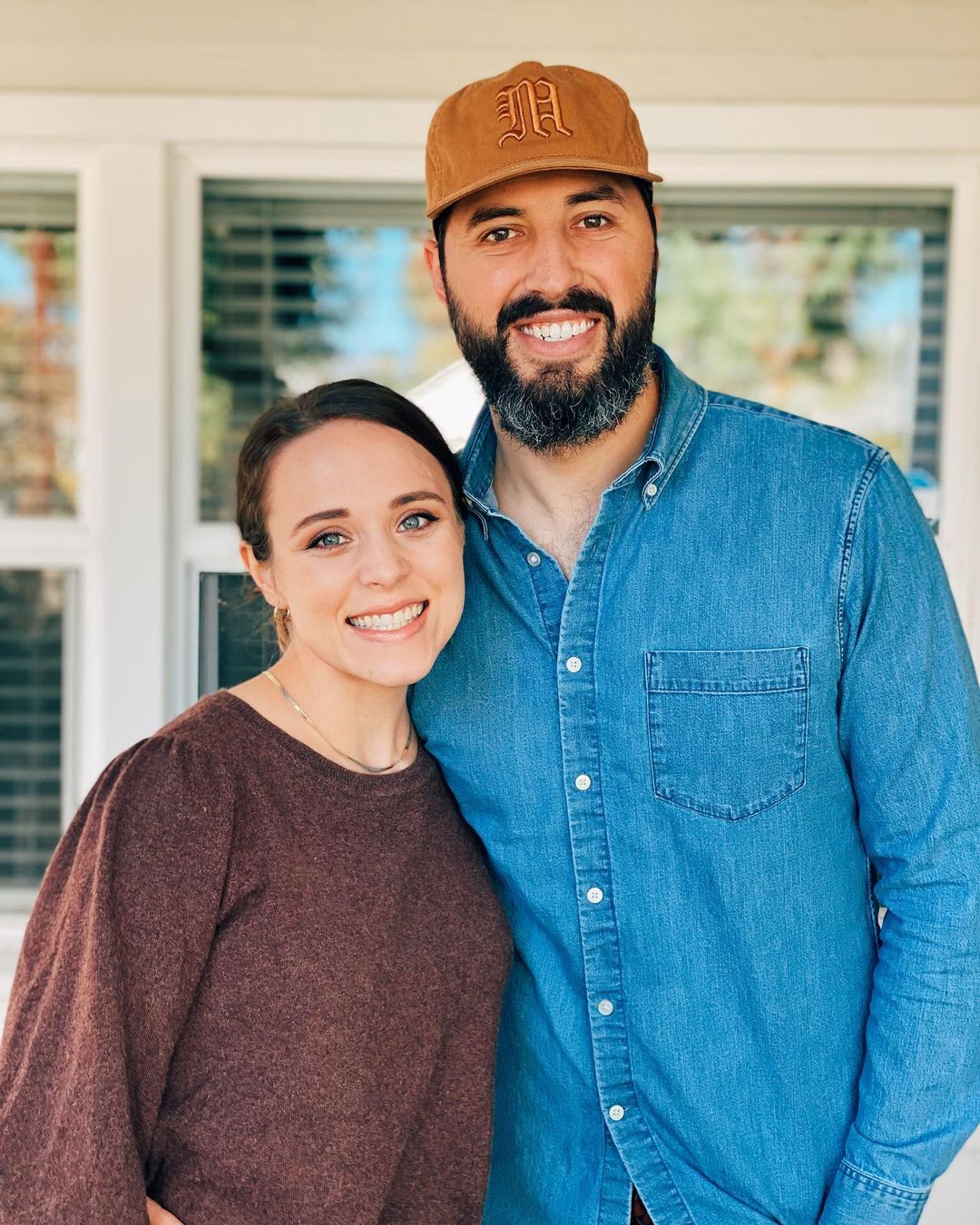 Jinger, 27, married pastor Jeremy Vuolo in 2016 and has two daughters with him – Evangeline, one, and Felicity, three.

The former reality star has packed up her bags and headed out to California with her husband.

The couple share plenty of photos and clips while living out west, which has also led Jinger to show off some skin under the LA weather.

Jinger has shocked fans by wearing everything from sleeveless tops to shorts and a tight tee to even showing off her long legs.

Aside from her transformation and family life, Jinger has also talked about her body issues and once said: "For me, the wrestling was with my weight and my body image, even though I was very in shape and I didn’t need to lose weight." 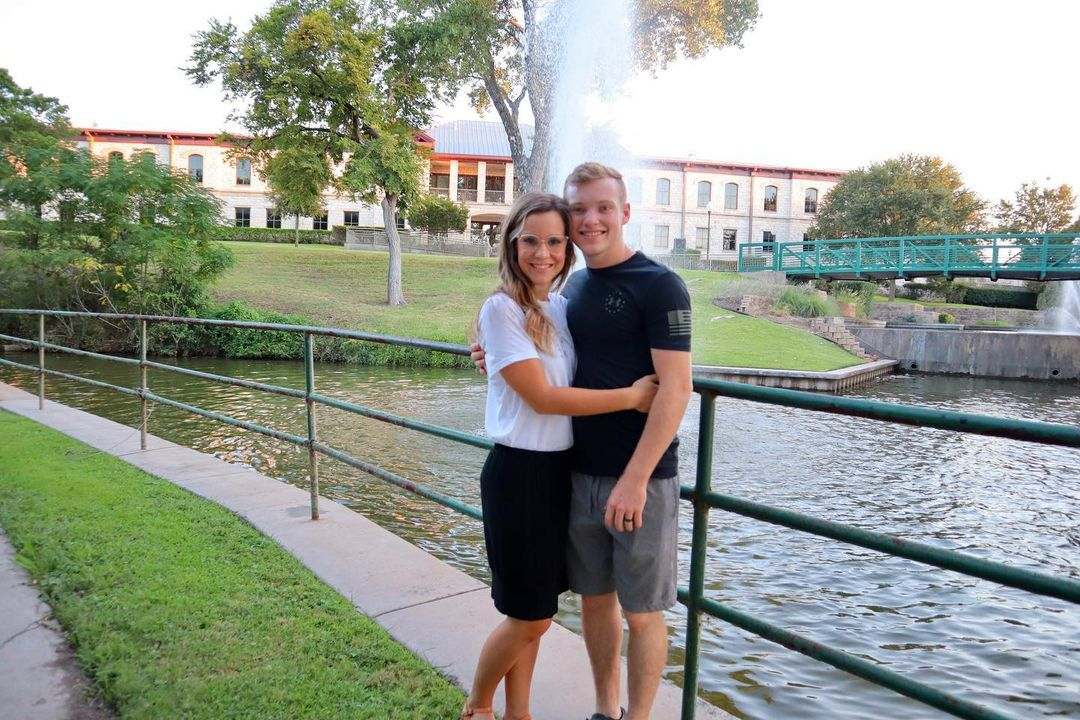 They have left Arkansas and moved to Texas to be closer to Claire's parents.

Back in June, fans started questioning whether or not the Claire was pregnant.

She had kept much of her body hidden in a photo with her husband and her parents.

Earlier this month, fans wondered if Claire was getting ready to make a baby announcement over Thanksgiving – or whether she would delay it due to Josh's child pornography trial. 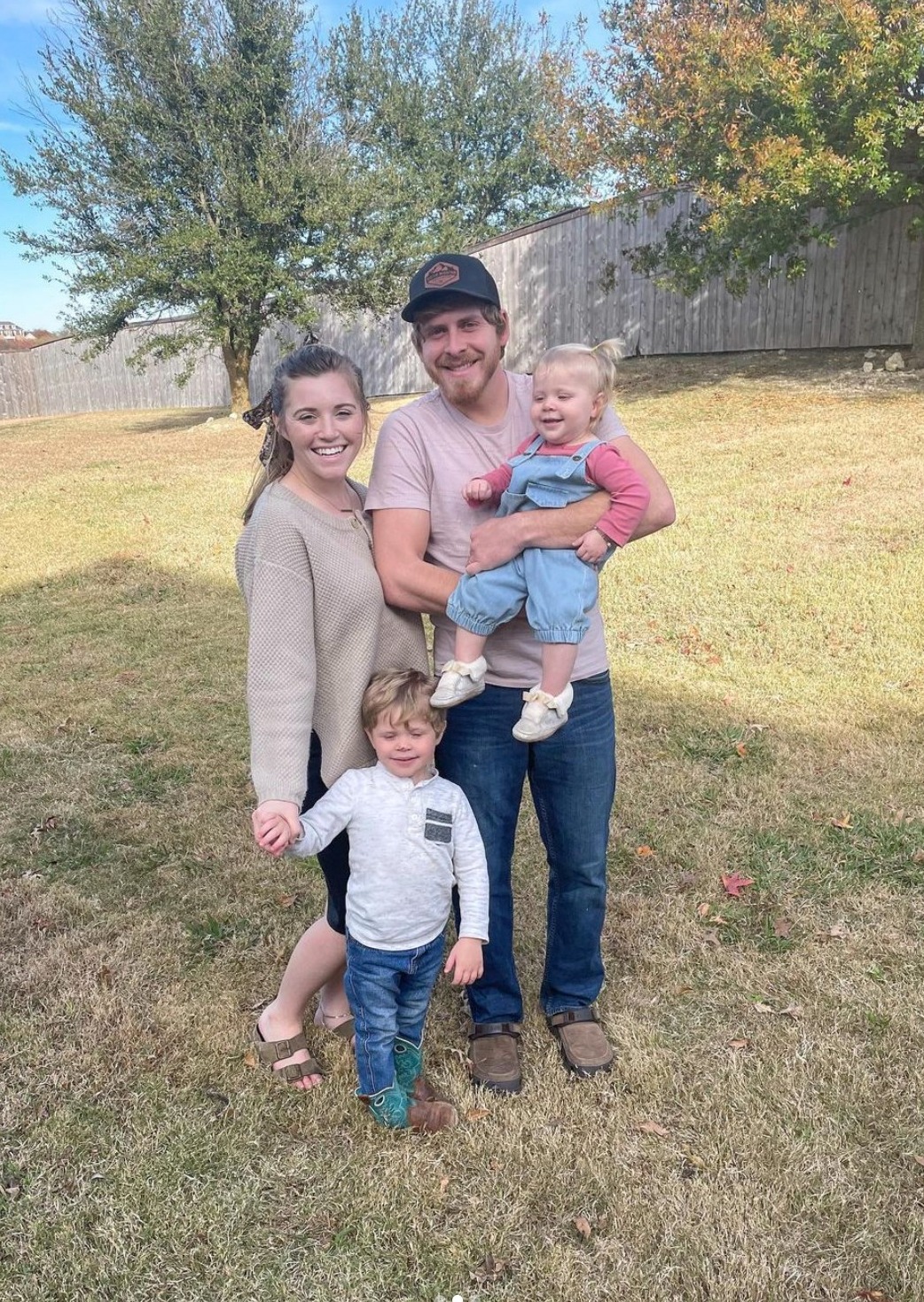 Joy-Anna, 24, has settled down with husband Austin Forsyth and they have two kids together – son Gideon, three, and daughter Evelyn, one.

This week, she fueled rumors that she's pregnant with baby number three when she posed in a baggy sweater for a sweet Thanksgiving family shoot.

The 19 Kids & Counting star appeared to hide her stomach as she stood next to Austin, with Gideon standing in front of her and pulling faces at the camera.

Meanwhile, she chose to snub her parents Jim Bob and Michelle's family Thanksgiving this year and spend it with Austin's family instead in Texas.

She shared a video of her in-laws preparing Thanksgiving dinner with potatoes and her grandmother-in-law's traditional banana pudding.