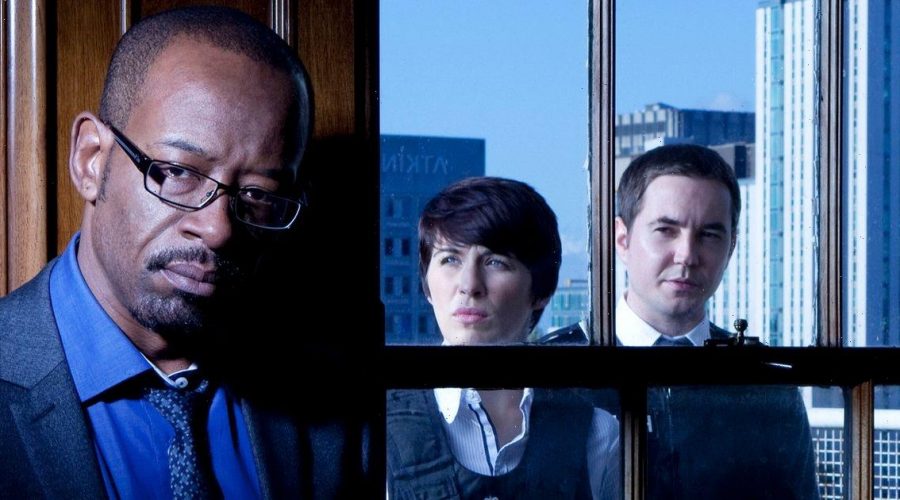 Line of Duty series six will come to a dramatic end on Sunday night.

The eagerly-anticipated sixth instalment of the hit cop show has graced our screens for the past seven weeks.

While AC-12 regulars DS Steve Arnott (Martin Compston), DC Kate Fleming (Vicky McClure) and Ted Hastings (Adrian Dunbar) have been forefront of the action, we at the Daily Star decided to take a look back at some of the actors who have helped make the BBC drama a huge success.

Hollywood star Thandie Newton, the BAFTA-winning Jason Watkins and former Hollyoaks star Will Mellor have all featured in the hit show.

And who could forget the scheming DI Lindsay Denton (Keely Hawes) as she gave the AC-12 team a merry run-around?

Revealed as the corrupt "Caddy", Craig appeared in all five previous series of the show – and made life hell for the AC-12 team until he was rumbled.

The 44-year-old has gone on to star in a string of TV series and films since being killed off in series five after a dramatic machine-gun fight.

He has also played characters in lots of films since 2007, most recently in Wild Rise, a British musical drama.

Craig also split from his Sex Education star wife Susan Lynch after 12 years of marriage and having had one son together.

Speaking to Mail Online, Craig's dad Derek said: "Yes, they have split up. It's very sad but Craig is okay, and people do know. They are trying to stay amicable, it's just one of those things."

Lennie burst on to our screens back in 2012 as the slippery Tony Gates.

But since starring in five episodes – and meeting a crushing end – Lennie has won plenty of plaudits for starring in, and having written, the critically-acclaimed Save Me series.

The six-episode show, based on his character Nelly searching for missing daughter, was a huge hit – and two years later follow-up Save Me Too was released.

Lennie is also well-known for his role as Morgan Jones in long-running zombie drama The Walking Dead.

The 55-year-old won the Best Male Performance in Film playing character Rudy “Rud” Guscott in Lucky Break at the BFM Film and Television Awards, and scooped Best Guest Actor in a Drama Series and Best Drama Guest Actor for his performances in The Walking Dead at the Online Film & Television Awards.

He has also been nominated for five other acting awards during a successful career which has spanned four decades.

Keeley wowed as the unforgettable Lindsay Denton between 2014 and 2016.

Fans were forever guessing whether she was corrupt or not – and she also left the show with a real bang.

Keeley will be remembered by many people when she starred in BBC spy drama Spooks, playing the character Zoe Reynolds.

But the 45-year-old started her career with stints on recognisable shows including The Ruth Rendell Mysteries, Heartbeat and The Canterbury Tales.

She dazzled in BBC political drama Bodyguard as the politician Julia Montague and has since starred in shows including Mrs Wilson, Traitors , Ashes to Ashes and Year of the Rabbit.

And the actress added executive producer to her list of talents as she played a dual role in the hit Honour and Finding Alice.

More recently she played an exasperated mother in the hit Channel 4 drama It’s a Sin.

According to The Sun, Keeley is Britain's most in-demand star after clocking up 84 hours worth of show time in 2021 alone.

A TV source said: "There’s no dispute over who the woman of the moment is right now.

"Keeley Hawes is clearly the first name on every casting director’s list."

Many people will remember Stephen for his iconic role as troubled English nationalist Combo in This Is England.

But Stephen, the played the undercover detective John Corbett in Line of Duty, has found Hollywood fame following a string of impressive performances.

He starred alongside Daniel Day-Lewis and Leonardo DiCaprio in Gangs of New York, as Tommy in Guy Ritchie’s Snatch and most recently as Anthony “Tony Pro” Provenzano in Martin Scorsese’s epic The Irishman, for which he was nominated for the Screen Actors Guild Award for Outstanding Performance by a Cast in a Motion Picture, alongside Hollywood legends Robert De Niro, Al Pacino, Joe Pesci and Harvey Keitel.

Piers for PM? Have your say!

The Daily Star has projected an image of Piers Morgan onto the Houses of Parliament – and we’re asking you are we ready for #PMFORPM?

Last week the Daily Star jokingly asked the question on nobody’s lips: Would PM be a better PM than our current PM?

And it seems we may have inadvertently unleashed a monster. Shy and retiring Piers – no stranger to holding our politicians to account on Good Morning Britain – leapt on the idea.

So, are you Team Piers or Team Bozo? Take part in our survey!

Stephen, 47, has long list of film credits including Rocketman, Yardie, Hellboy and playing the character Scrum in the well-loved Pirates of the Caribbean franchise.

And he’s also starred on TV since 1990 having appeared in shows including The Bill, Coronation Street, Boardwalk Empire, Accused, Little Boy Blue, Save Me and White House Farm.

Daniel Mays played the troubled Sergeant Danny Waldron in the show before being dramatically bumped off by a colleague.

But fans will also recognise Daniel for playing drug-smuggler Marcus in the Netflix hit White Lines.

The 42-year-old also starred alongside Stephen Graham, ironically, with his mate having played a lead role in Line of Duty.

The duo hooked up for Sky One series Code 404 last year, with Graham revealing he’d never had more fun on set.

Daniel also made a cameo as the character Tivik in Rogue One: A Star Wars Story, starred in Sky One six-parter Guerrilla – and also featured in the controversial ITV drama Des, which focused on the Scottish serial killer Dennis Nilsen.

Line of Duty continues on Sunday at 9pm on BBC.