IT'S exactly 20 years since Renée Zellweger burst on to our screens as our favourite chain-smoking, big-knicker-wearing 'thirty-something' singleton Bridget Jones's Diary.

And while film sequels Bridget Jones: The Edge of Reason and Bridget Jones's Baby went on to reveal what happened to hapless Bridget and her love interests Mark Darcy, played by Colin Firth, and Daniel Cleaver, played by Hugh Grant, just where are the original blockbuster's cast now? 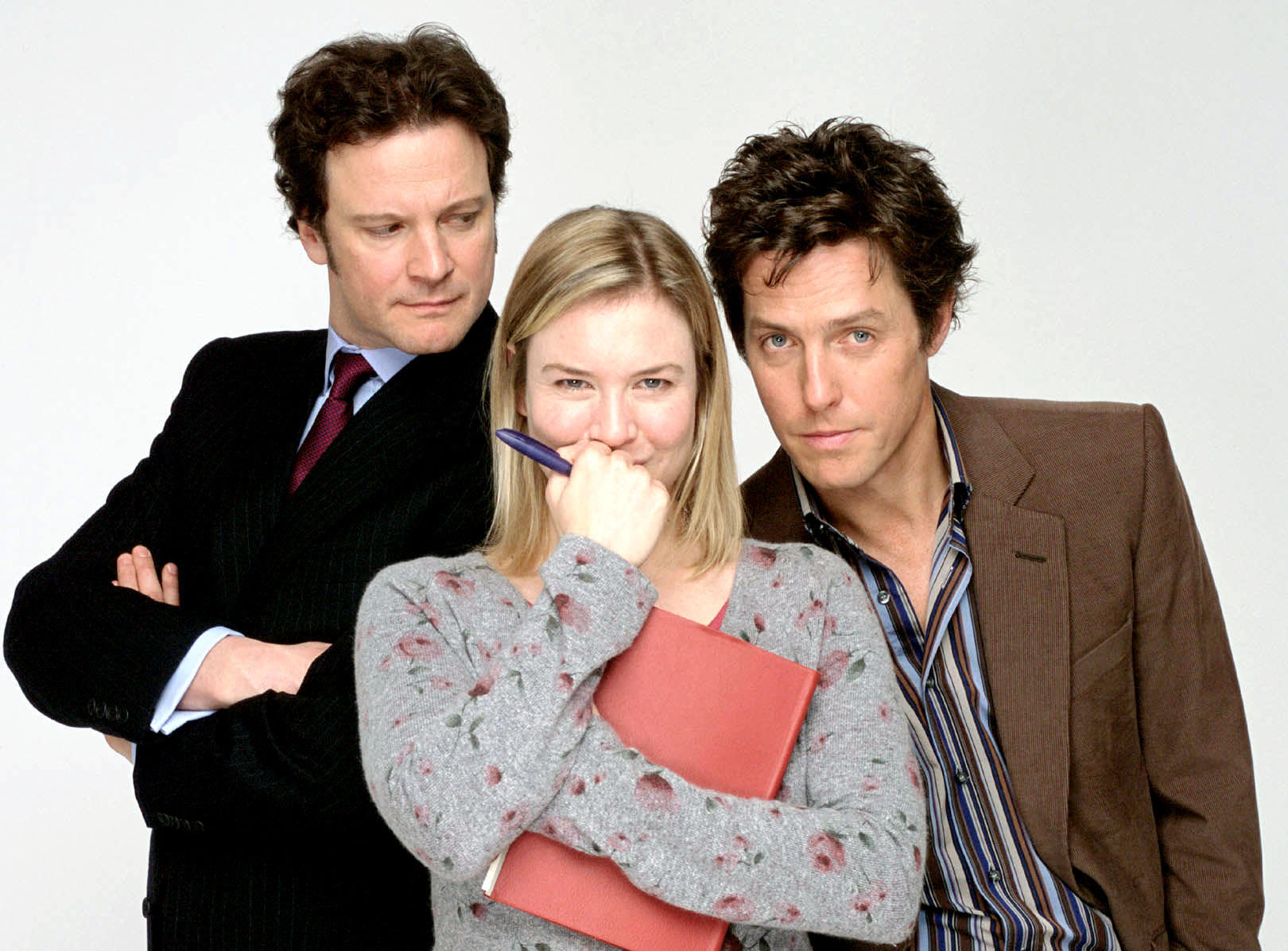 Who? The leading lady Bridget, played by Renée Zellweger 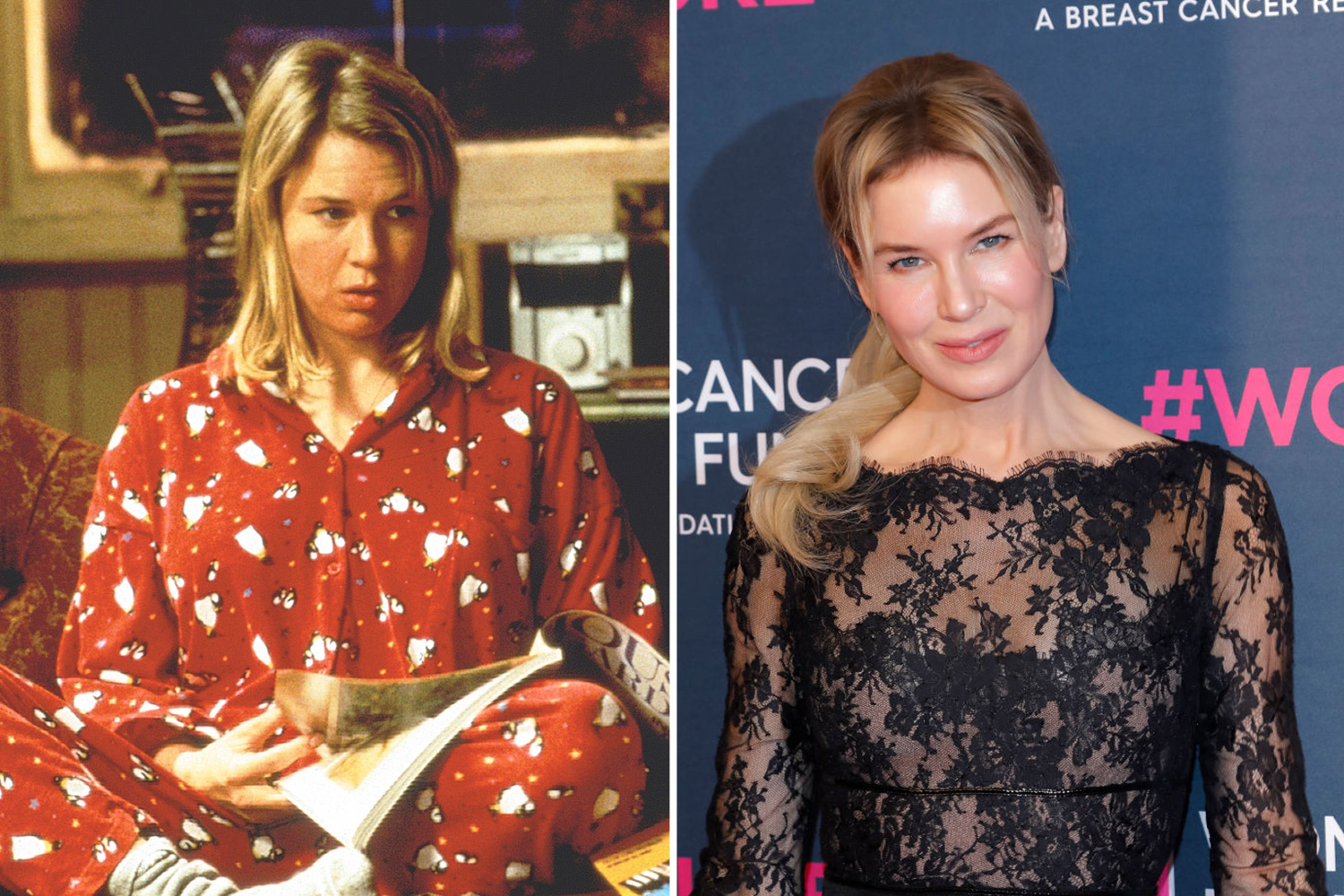 From her fears about becoming a 'spinster' and dying alone before getting eaten by Alsatians, to her big knickers and ironing her hair straight – Bridget Jones played by Renée Zellweger became a cult figure in the early noughties.

However, Texan actress Renée was a rather controversial choice at the time for the British, chain-smoking 32-year-old character, with a self-confessed love of alcohol and a penchant for worrying about her weight.

However she made the role her own, and then went on to star in Chicago alongside Catherine Zeta-Jones as Roxy and scooped an Oscar for her supporting role in Cold Mountain.

Recently, she also won an Oscar for her portrayal of Judy Garland in the film Judy. 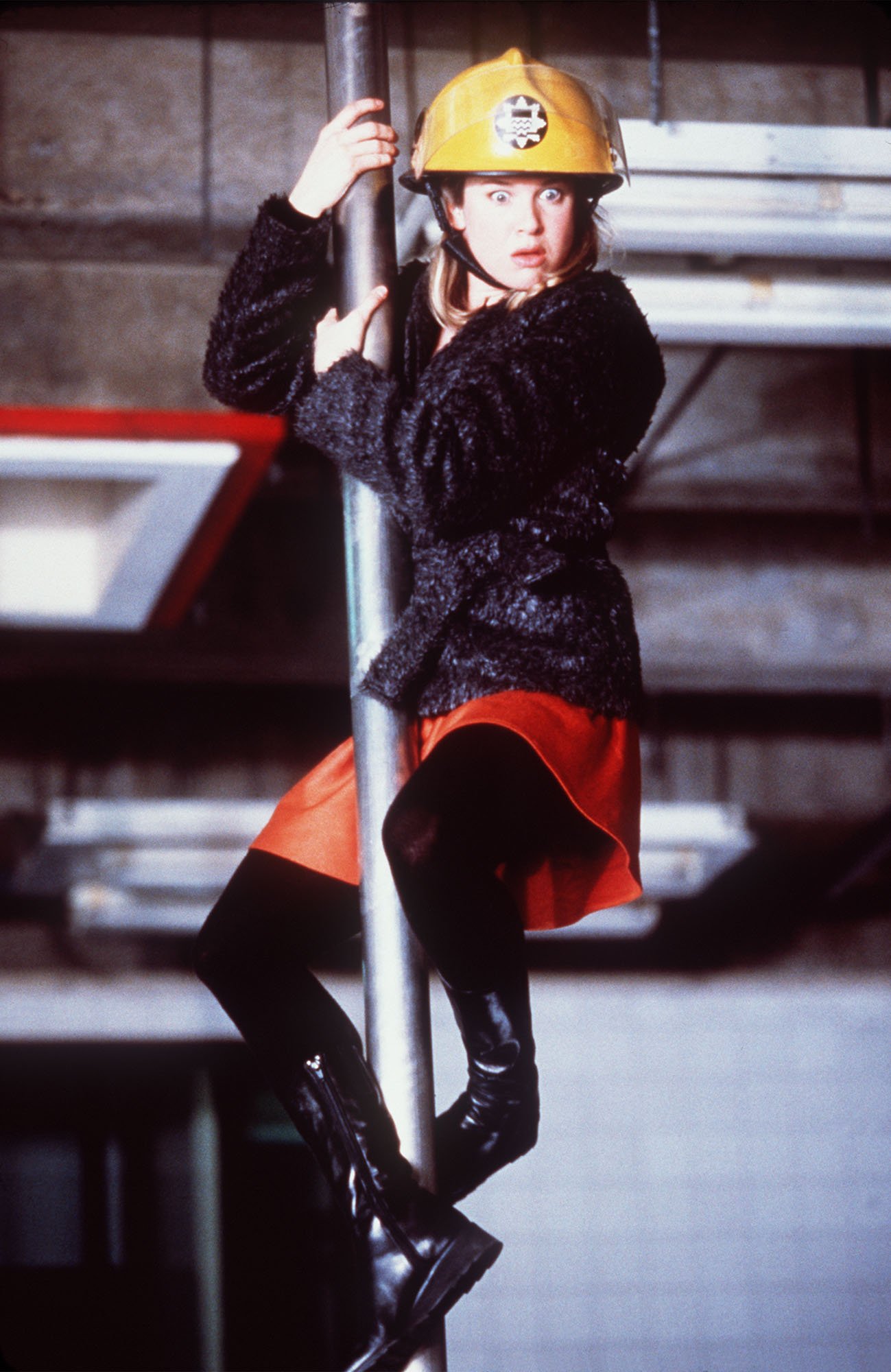 In her personal life, she had a four-month marriage to country music star Kenny Chesney before it was annulled on the grounds of 'fraud'.

She was also linked to The White Stripe's Jack White and Bradley Cooper briefly, and most recently was in a relationship with musician Doyle Bramhall II. 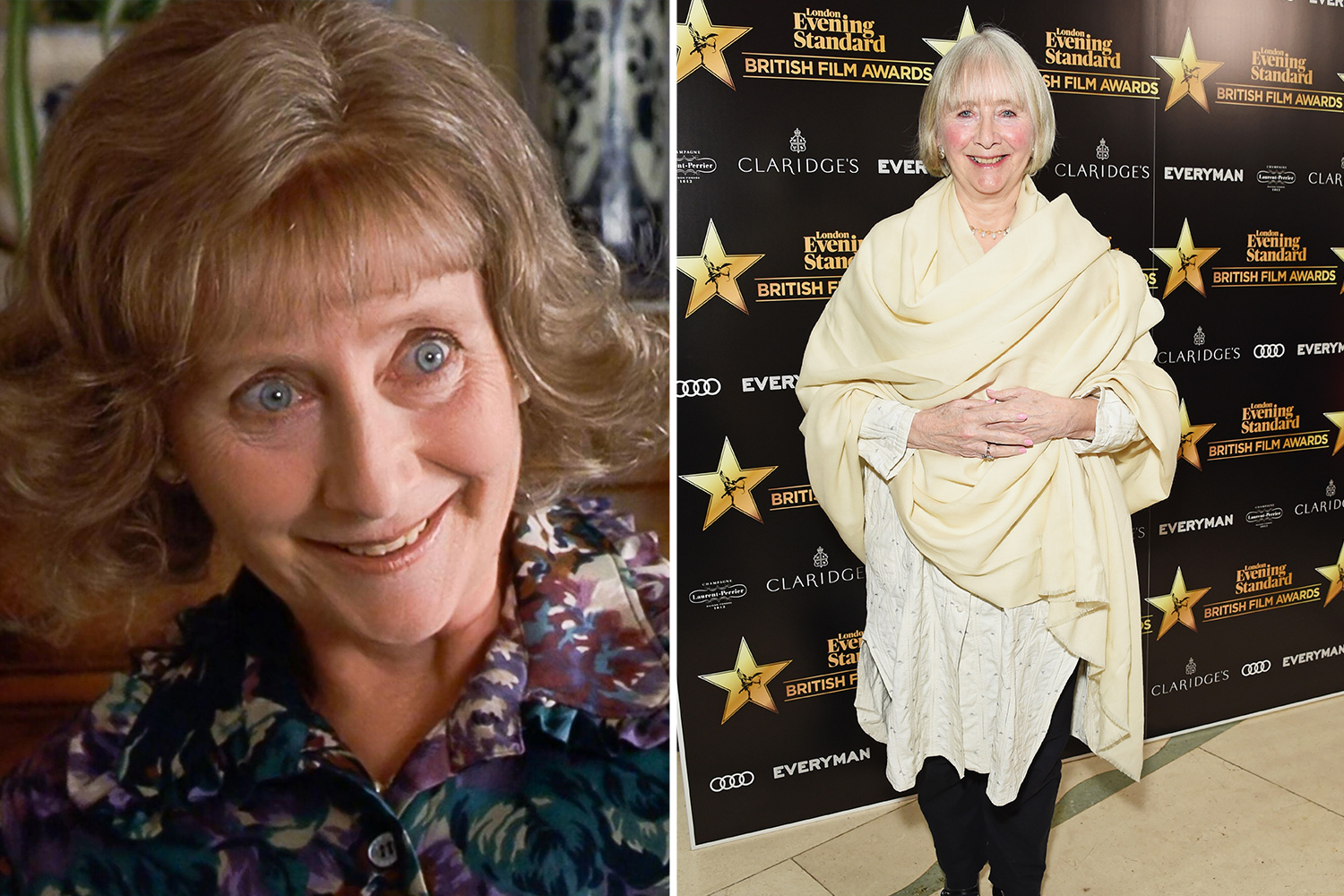 Known for getting her 'colours done' in department stores and her short-lived love affair with shopping channel presenter Julio, Bridget's mum Pam was one of the film's most unforgettable characters.

The part was played by Gemma Jones, now 78, who has had an illustrious career.

Most recently she starred alongside Keeley Hawes in ITV's Finding Alice as Minnie.

After Bridget, Gemma starred in Harry Potter as Hogwarts' matron Madame Ponfrey, and won a BAFTA in 2014 for her role in TV film Marvellous. 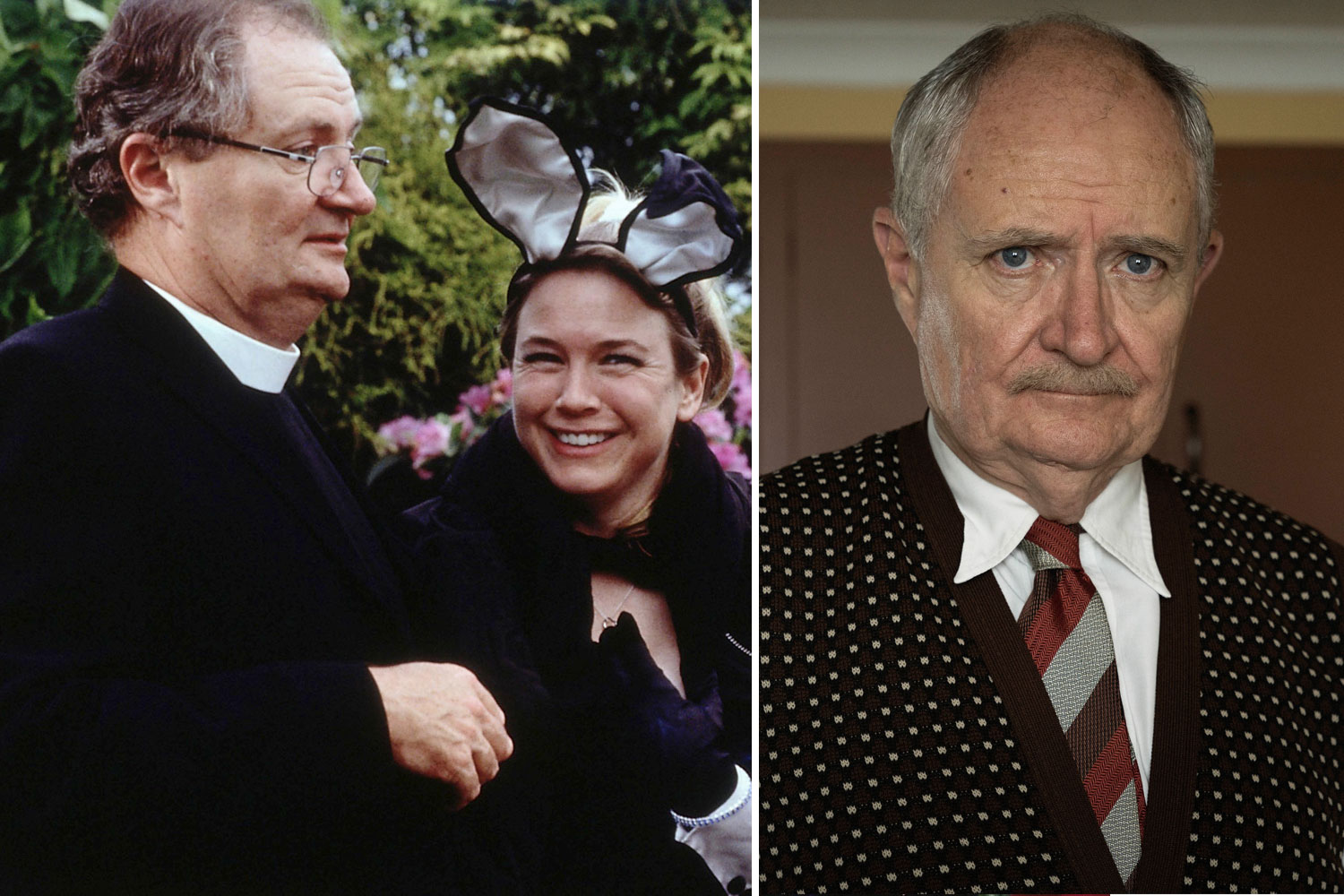 Bridget's poor, soft and unassuming dad Colin- who infamously arrived to the cancelled tarts and vicars party dressed as a vicar alongside Bridget who was dressed a Playboy bunny- was played by legendary actor Jim Broadbent.

Bridget Jones' author Helen Fielding actually based the character on her own dad.

She said: "Bridget's dad is quite like my dad in many ways. Very gentle and supportive. He was also terribly funny."

In the same year as starring as Colin, Jim also appeared in Moulin Rouge and Iris, a role which won him an Academy Award and Golden Globe, before going on to play Professor Slughorn in Harry Potter and the Half Blood Prince, in 2009. 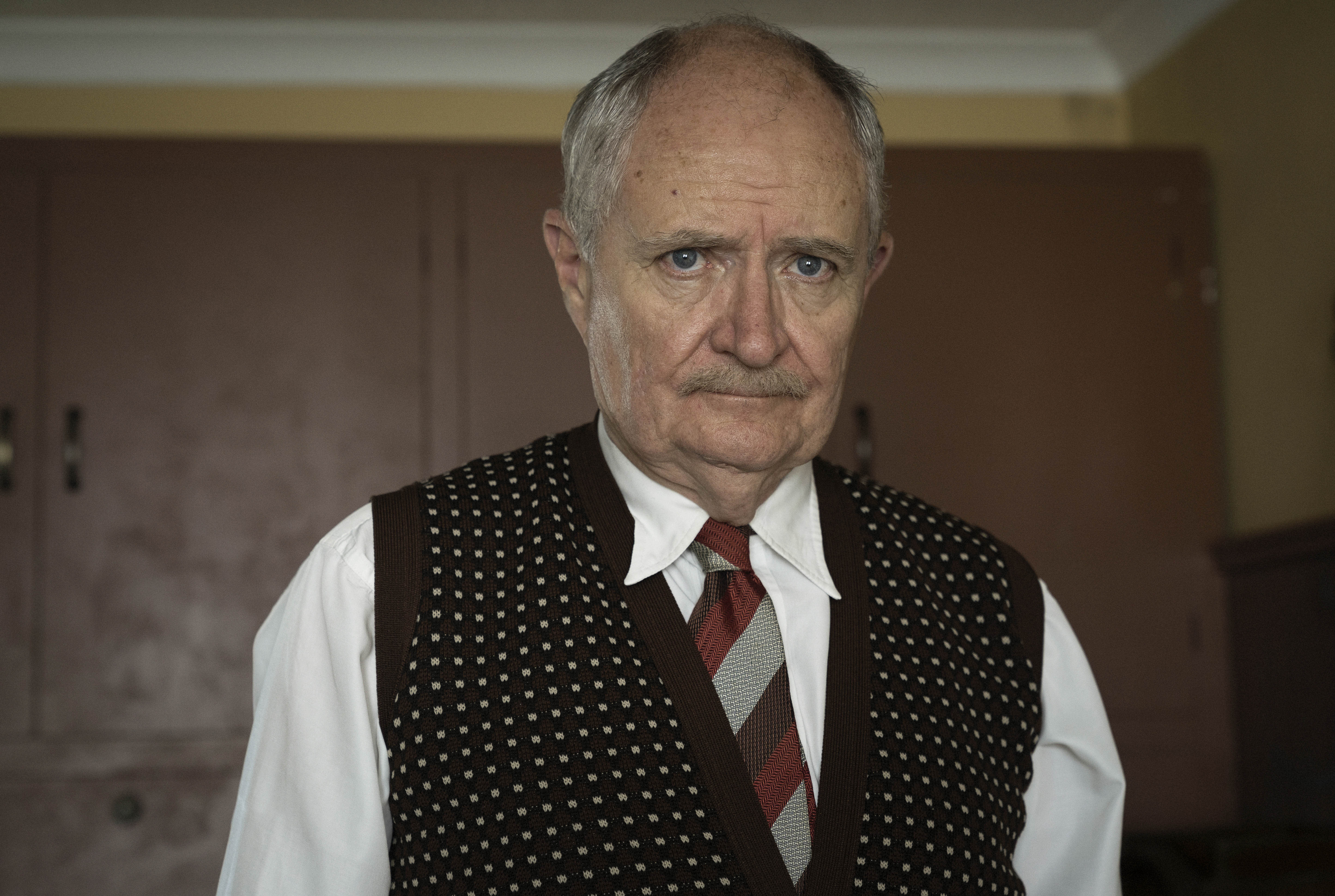 He also had a small role in Game of Thrones, as Archmaester Ebrose.

'Creepy uncle' to Game of Thrones 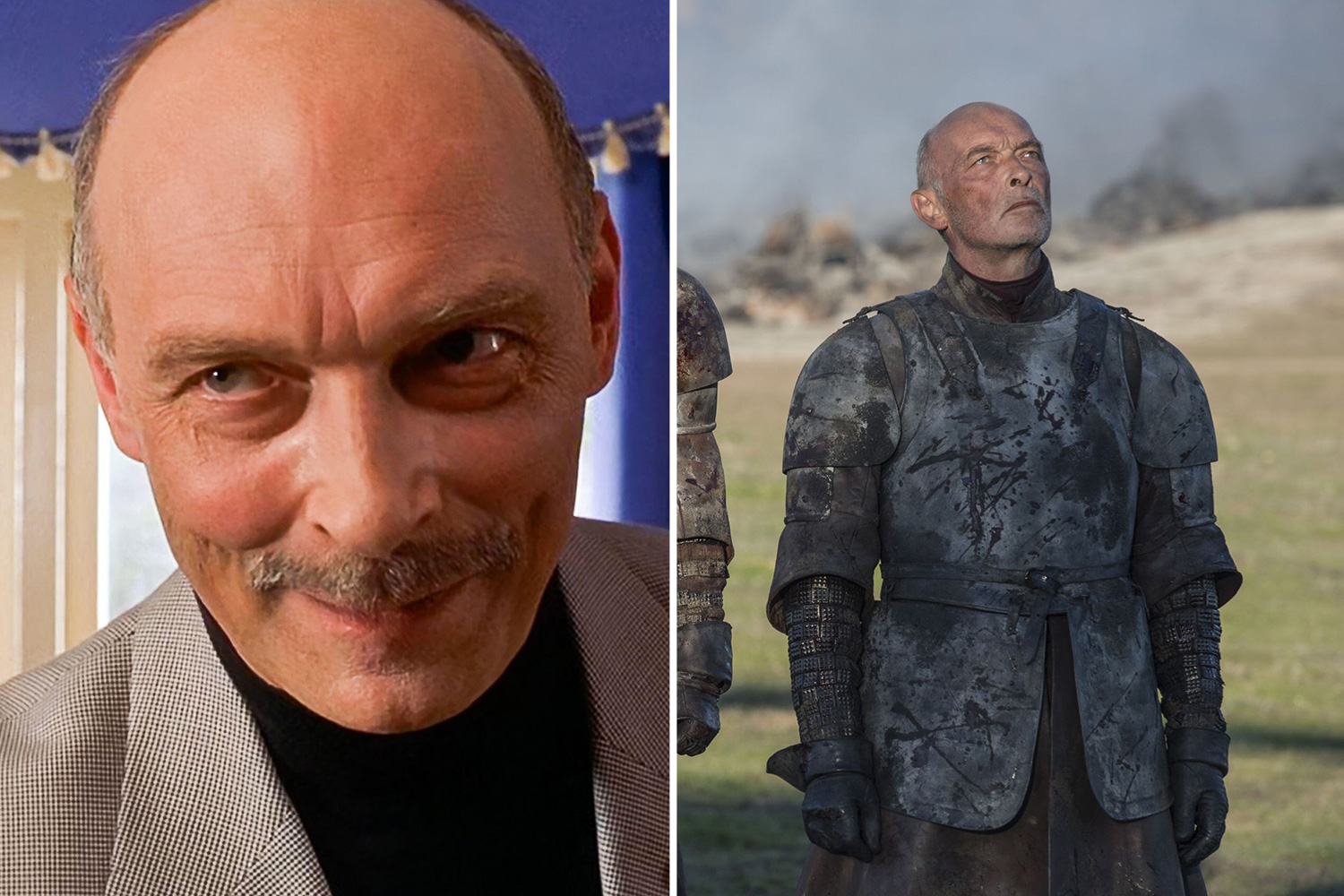 A friend of Bridget's parents, smarmy polo-neck wearing 'Uncle' Geoffrey had a cringeworthy habit of asking Bridget inappropriate questions about her love life. 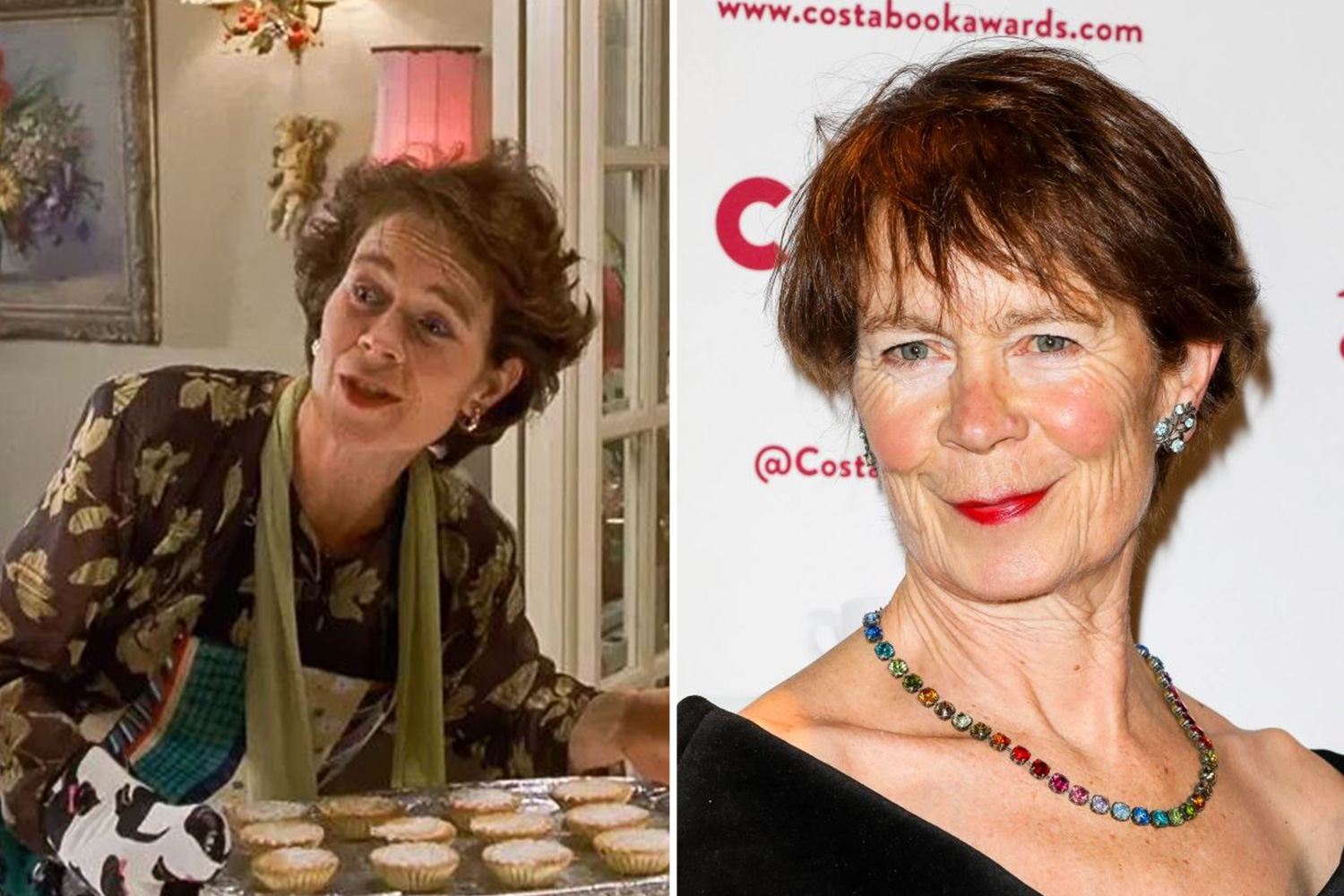 Known for her hellbent desire to sieve gravy and her obsession withdoilies, Bridget's mum Pam's best friend Una was one of the stand-out supporting stars of the film.

As well as acting in films including Calendar Girls, The Best Exotic Marigold Hotel and Mamma Mia! Here We Go Again, actress Celia has also penned five novels since then.

She was also awarded an honorary doctorate by the University of Winchester in 2013. 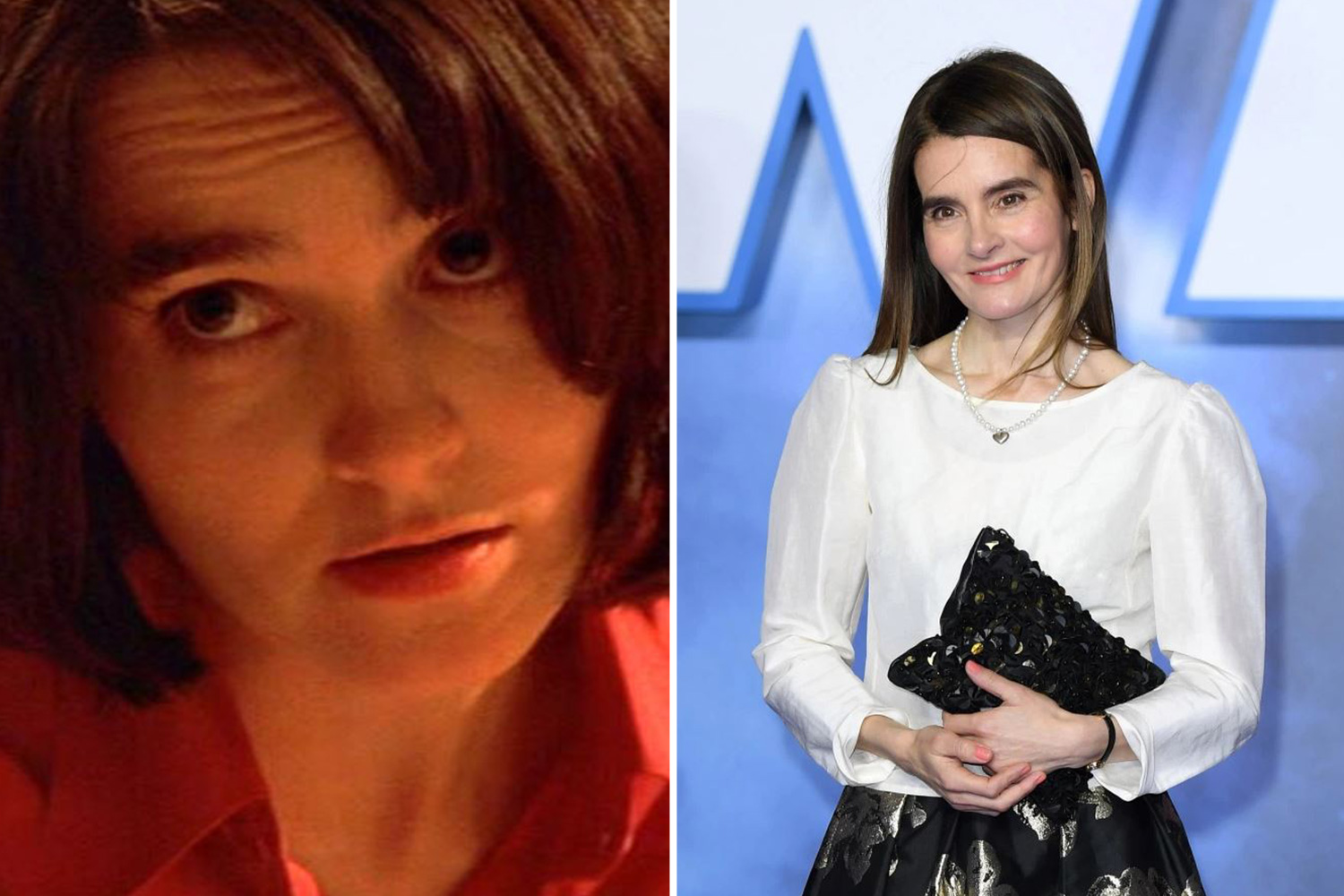 Avid film fans may also recognise her from Trainspotting, as well as playing toilet-dwelling Moaning Myrtle in Harry Potter and the Chamber of Secrets.

She also played Frances Drummond in Happy Valley, and was nominated for a BAFTA for her role in Southcliffe. 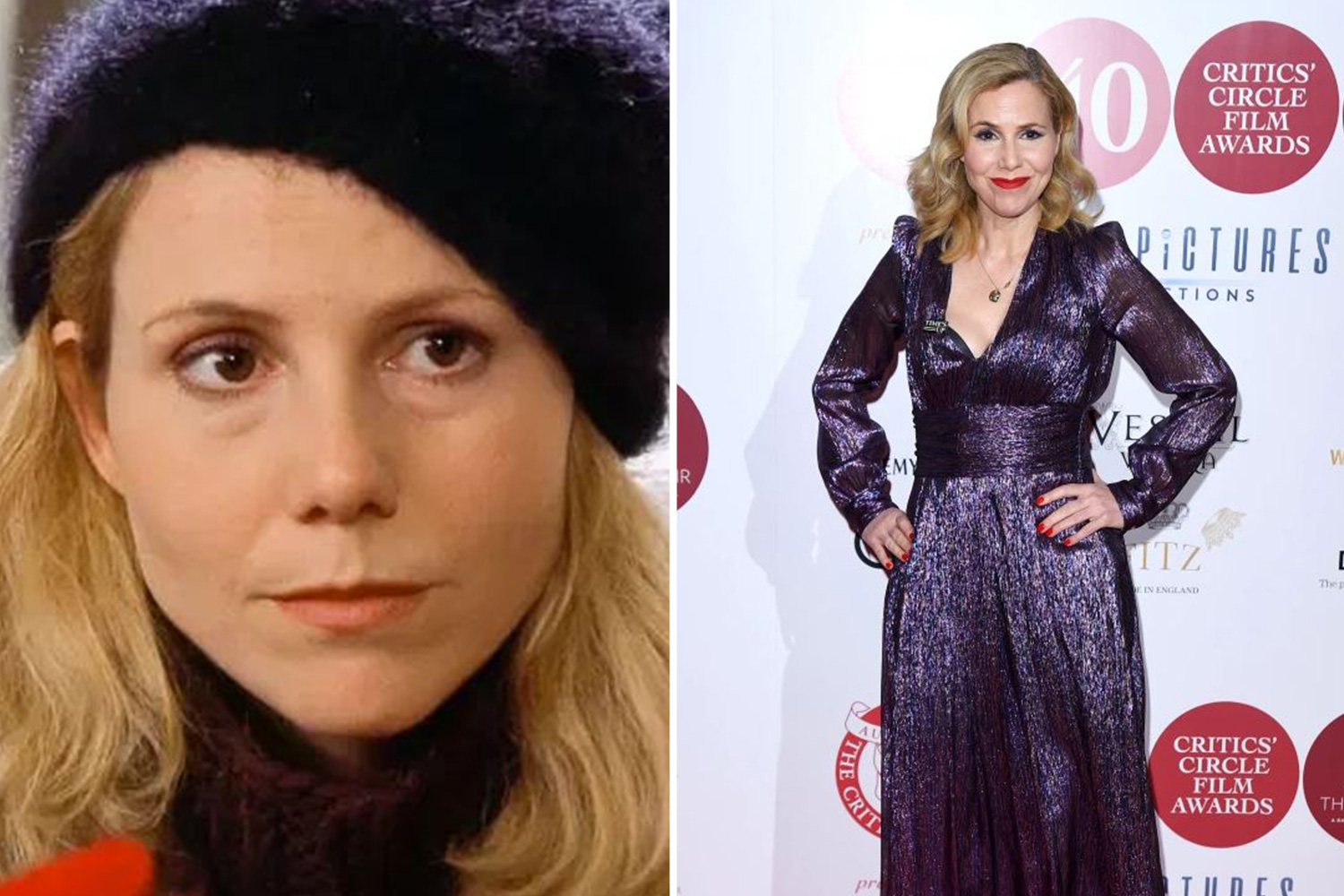 Bridget's most foul-mouthed but straight-talking pal Shazza – who later accidentally got Bridget slung into a Thai jail for drug smuggling in the film's sequel – was reportedly originally based on author Helen's real best friend, Sharon Maguire.

The role was played by actress Sally Phillips, who rose to fame co-writing and starring on Emmy-winning show Smack The Pony, before going on to star in Green Wing, Miranda, Death In Paradise and she took part in Channel 4's TaskMaster.

The actress married Andrew Bermejo in 2003 and they have three children, including eldest son Olly, who was diagnosed with Down's Syndrome as a baby.

As a result she wrote and presented a documentary called A World Without Down's Syndrome. 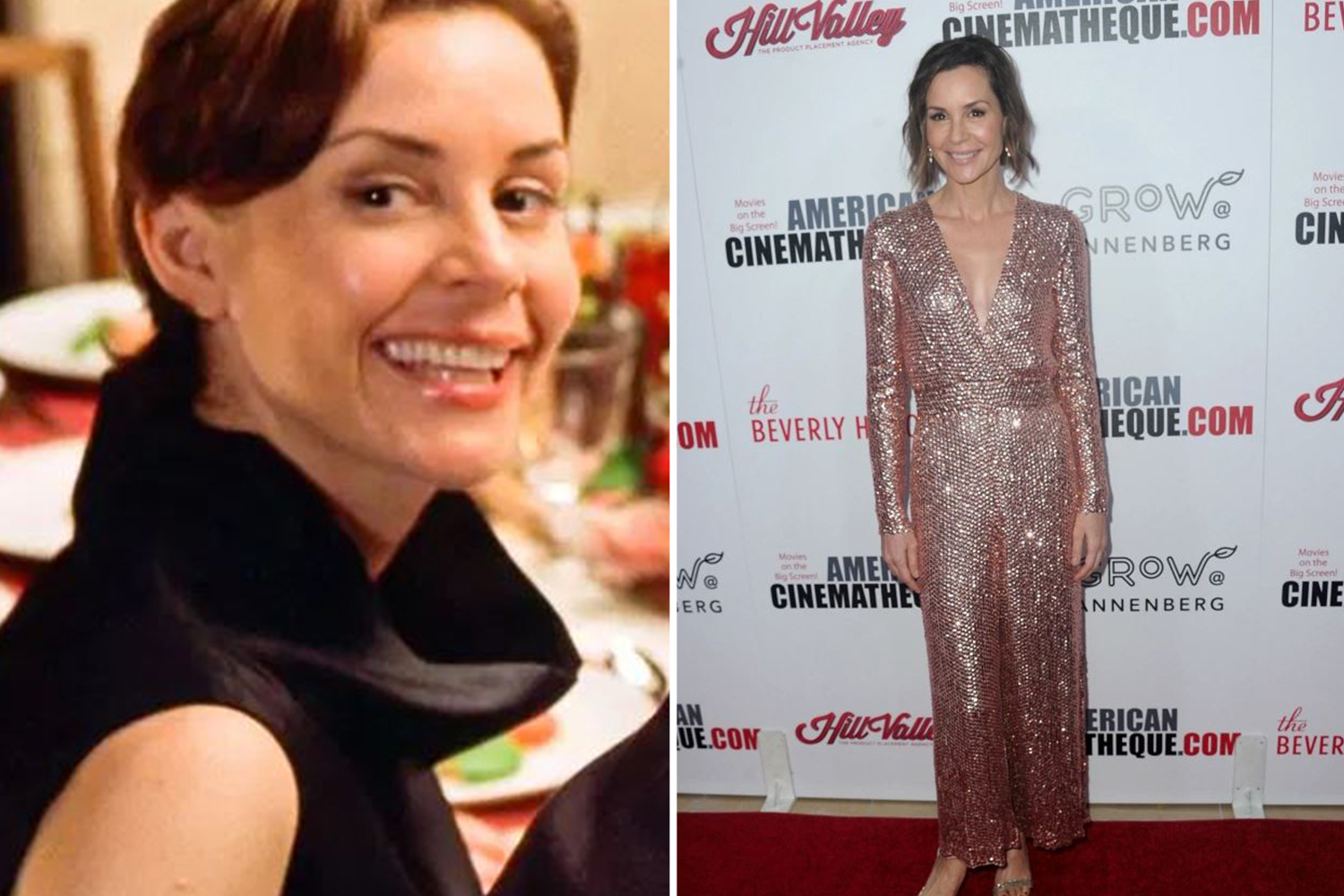 Bridget and Mark Darcy's chance at any romantic relationship seemed completely dead in the water when his engagement was announced to beautiful and intelligent work colleague Natasha.

She went on to marry entertainment attorney Jason Sloane in 2002, and star in hit show Ray Donovan, Grey's Anatomy, Mad Men, and The Girl With The Dragon Tattoo.

In 2013 she was diagnosed with breast cancer and underwent a double mastectomy, saying: "Everyone said to me: 'Why would you take off the other breast when one of them is just fine?' To me, I felt like I was a walking around with a ticking time bomb in my body." 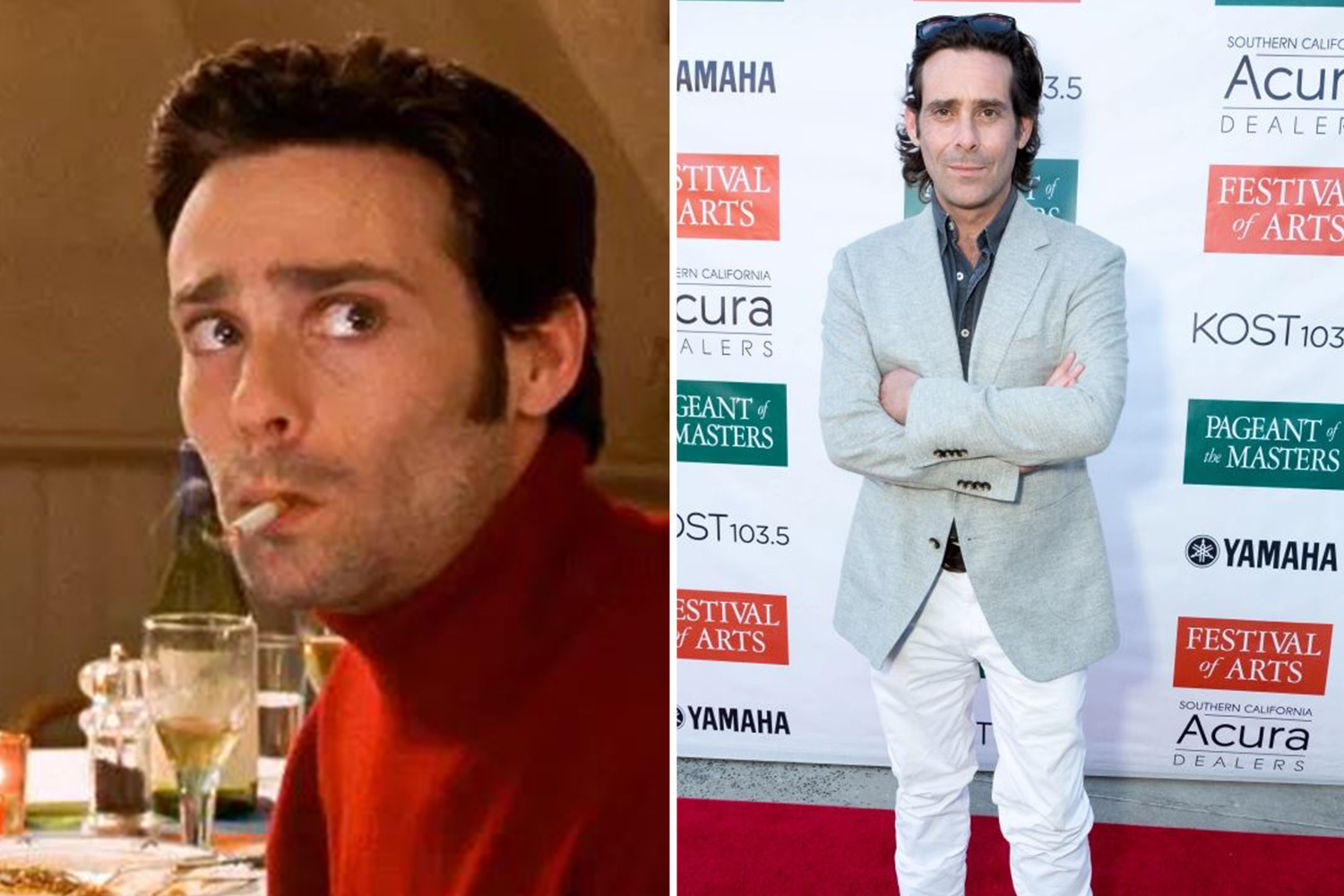 Few film fans will be able to forget Bridget's best friend, eighties one-hit wonder Tom, who said one of the best quotes of the film when Bridget ballsed up a dinner party, saying: "Well done Bridge, four hours of careful cooking and a fest of blue soup, omelette and marmalade.

"I think that deserves a toast, don't you?"

Chain-smoking Tom was to be there for Bridget in all three films, providing moral support and advice amid her romance woes.

The role was played by actor James Callis, who went on to play Dr Gaius Baltar in the Battlestar Galactica sci-fi series, as well as Midsomer Murders, CSI, and more recently TV series' MacGyver and Castlevania. 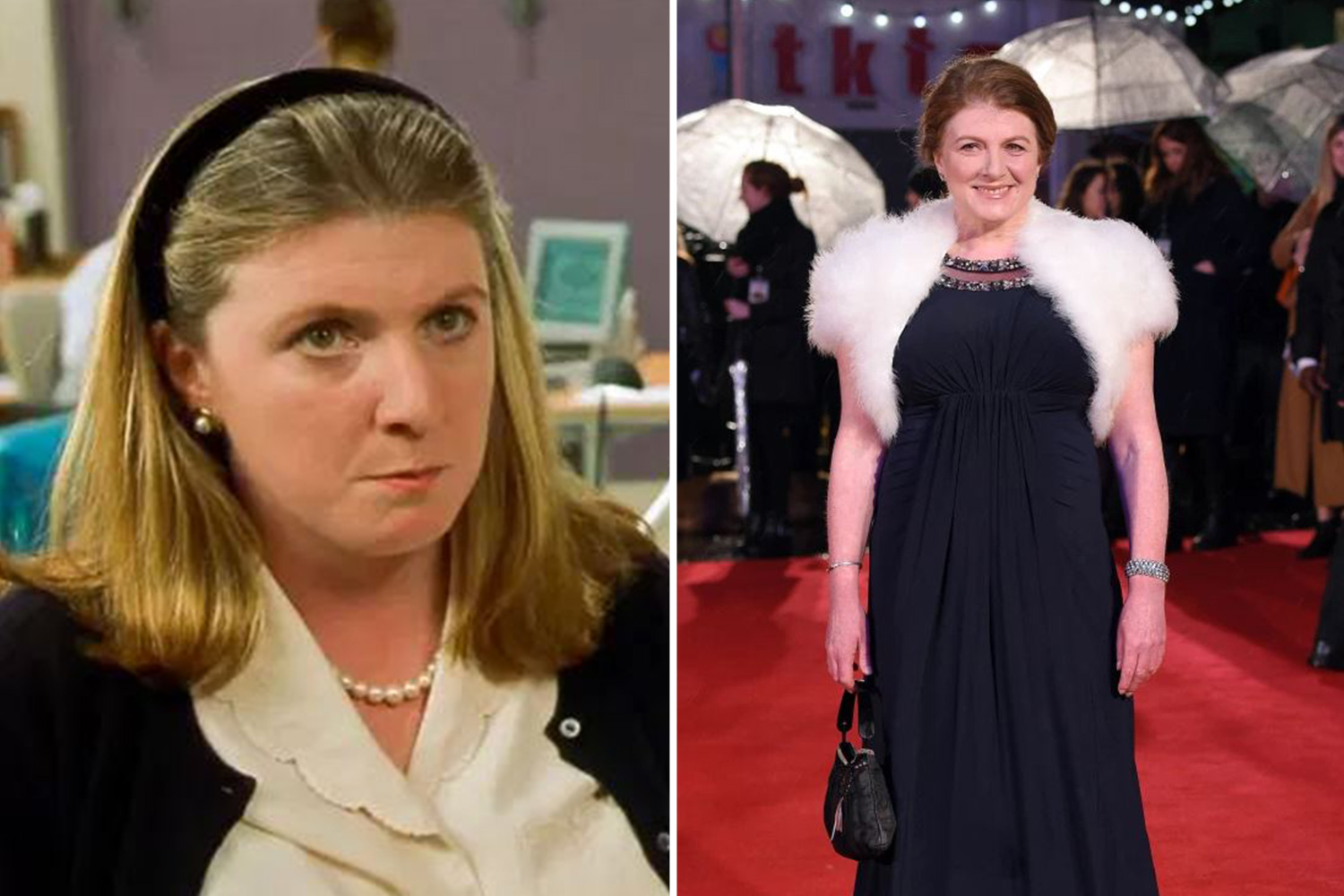 Pearl-necklace wearing prim and proper Perpetua may not have been instantly endearing to audiences as Bridget's bossy work colleague, but she soon changed that when Bridget got her own back on boss Daniel Cleaver.

As Bridget storms away, after quitting her job, Cleaver calls her back and a feisty Perpetua butts in telling Daniel: "I want to hear this, because if she gives one inch, I'm going to fire her bony little bottom anyway for being totally spineless."

More recently she starred on stage in A Midsummer Night's Dream, and last year the Yorkshire-born actress took on a different kind of role – appearing on Celebrity MasterChef.

She also hosts a podcast with her daughter called The Mother Daughter Manual. 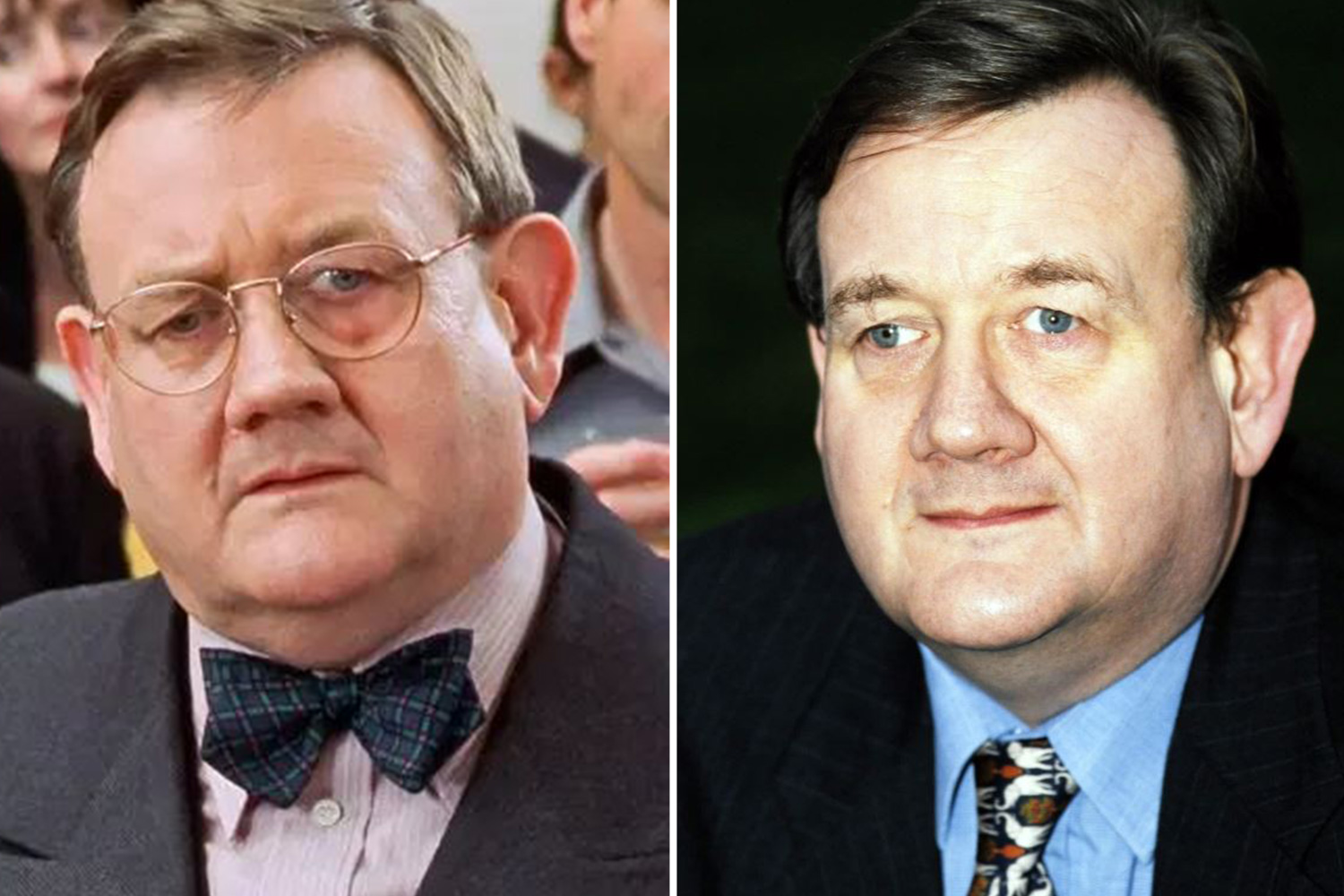 One of Bridget's more public calamitous situations was at a book event, when she struggled to use the mic and almost introduced Mr Fitzherbert as Mr T*ts Pervert'.

Actor Paul Brooke went on to have roles in films including The Phantom of the Opera, Oliver Twist and Alfie, starring Jude Law.

His son Tom Brooke is also an actor, and has starred in Bodyguard and Game of Thrones. 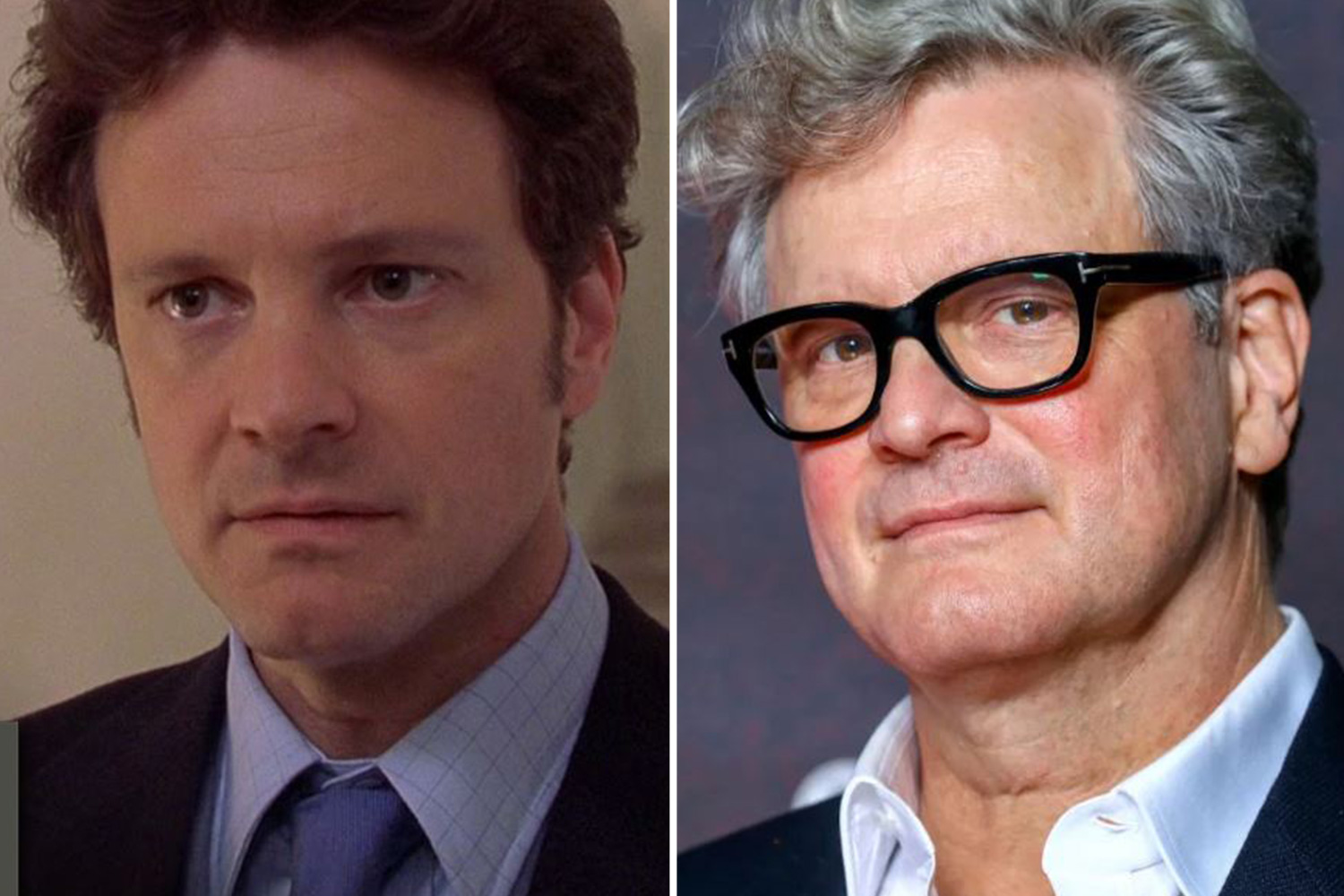 Our first introduction to the now-infamous principled lawyer Mark Darcy was while he was wearing a red reindeer Christmas jumper.

Not that the outfit did anything to limit Pride and Prejudice star Colin Firth's sex appeal, as the audience quickly fell in love with him as he declared he loved Bridget "just as you are."

Since then, the actor has barely stopped working, starring in blockbuster hits such as Love Actually, Mamma Mia, The King's Speech, for which he won an Oscar, and most recently starring in 2020 film Supernova. 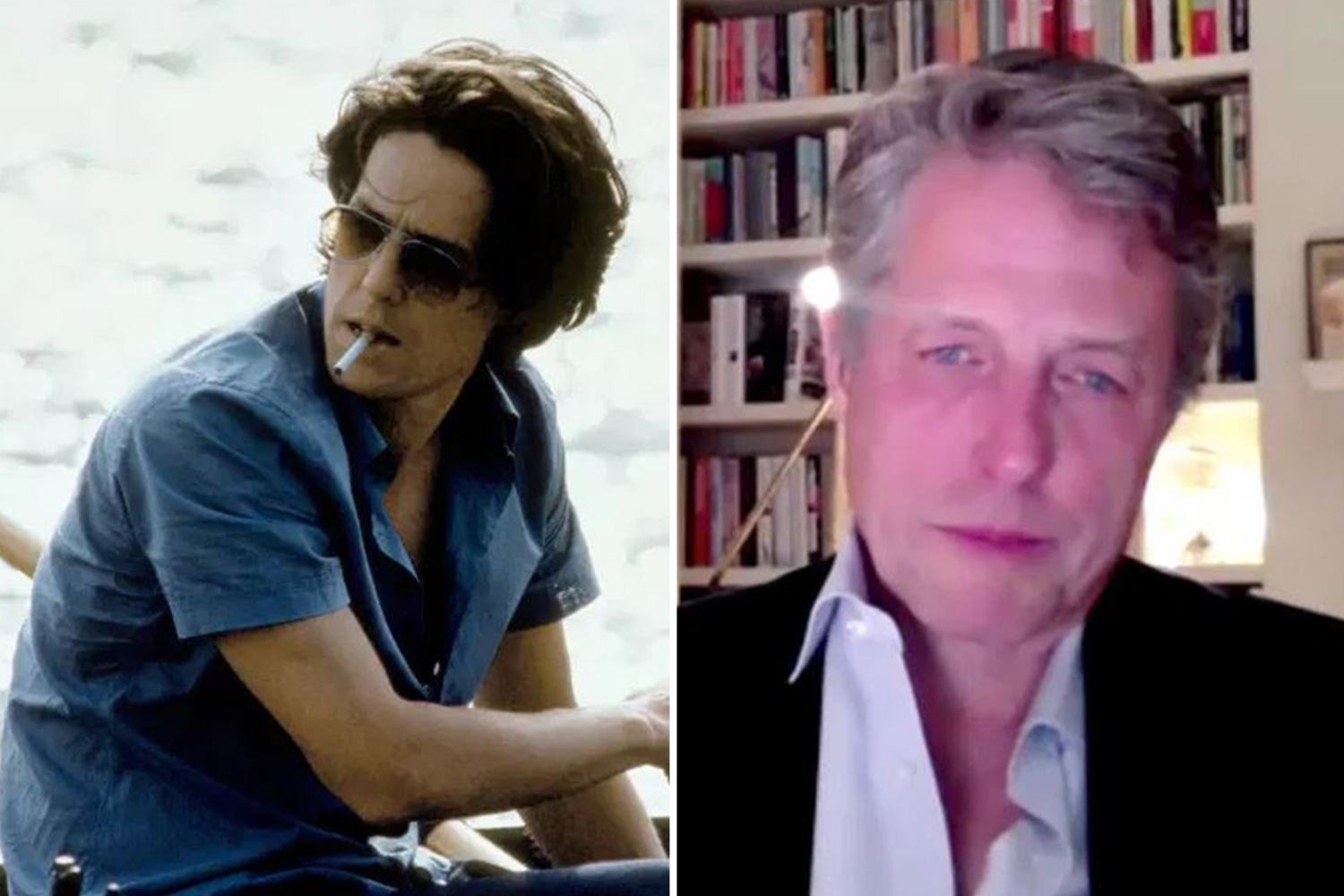 Former self-confessed bachelor Hugh Grant was one of the runaway performances of the film as hilarious "emotional f***wit" Daniel Cleaver.

Since then, Hugh has starred in films including Love Actually, About A Boy, and most recently starred opposite Nicole Kidman in HBO series The Undoing.

Now, notorious bachelor Hugh is a dad to five children, all of which he had when he was over 50 – three with wife Anna and two with ex Tinglan Hong.

A far cry from his role as Daniel Cleaver, and proof a lot can happen in twenty years.