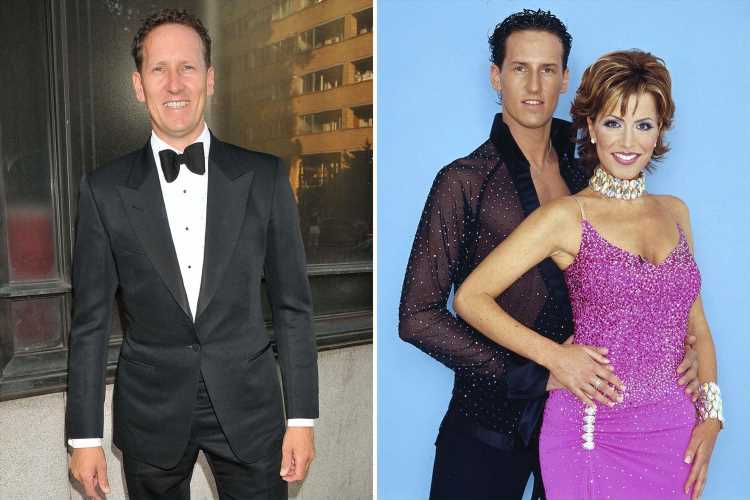 IT’S hard to believe the first ever series of Strictly Come Dancing aired all the way back in 2004.

But what’s more surprising is that there were just eight couples in the first series – with Natasha Kaplinsky and Brendan Cole eventually taking home the Glitter Ball trophy. 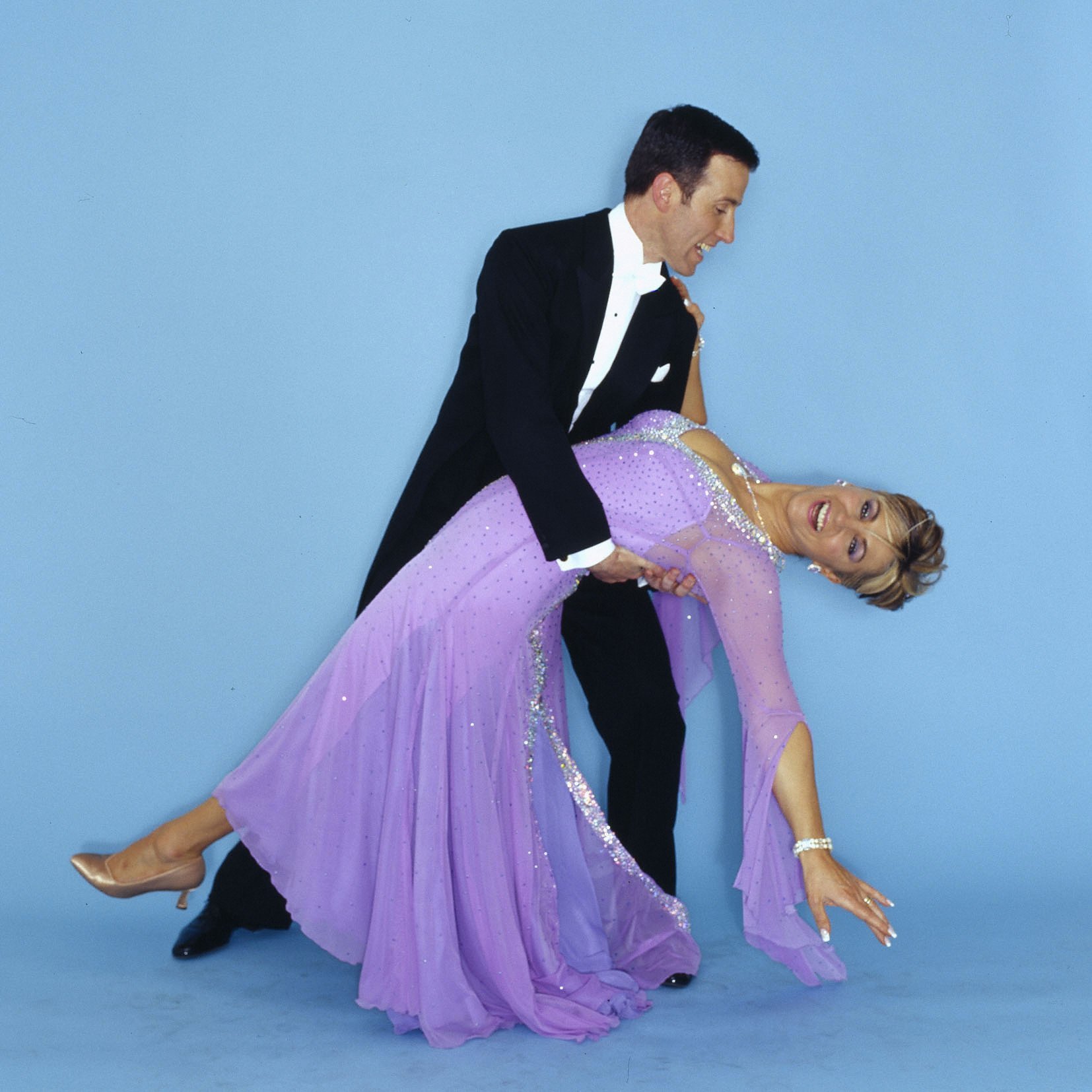 Anton Du Beke is the only professional dancer who still takes part on Strictly 19 series later, albeit now in a judging capacity.

It took him 17 series to get his first 10 score with EastEnders actress Emma Barton.

Though last year he finished bottom for the second time with former home secretary Jacqui Smith.

With time on his hands, Anton stepped in as judge for Motsi Mabuse who needed to quarantine after travelling to Germany.

Earlier this year it was announced he would become a permanent judge on Strictly for series 19, replacing Bruno Tonioli.

Of the seven other Strictly pros who twirled around celebrities for our entertainment every Saturday 17 years ago, some remain in the public eye while others have shied away from the spotlight.

The reasons they departed the show vary greatly, from moving overseas to being axed after a row with producers.

Here we take a closer look at where the original Strictly pros are now – as well as some of the more memorable dancers from past series. 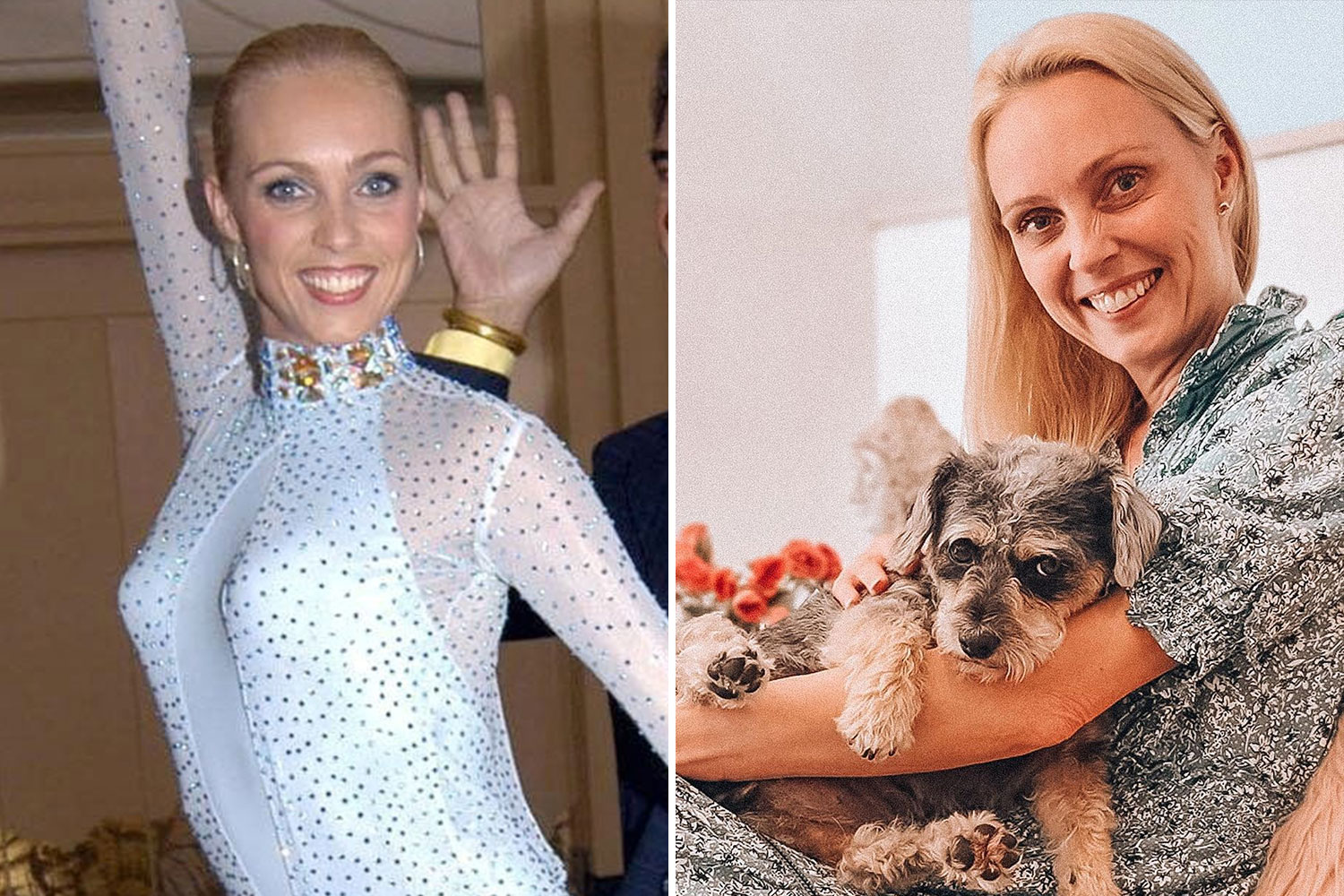 Camilla Dallerup was paired with David Dickinson on the first series of the show – and they became the second couple to be booted off.

She’s probably best known for being the first "victim" of the Strictly curse, as her then-fiancé and professional dance partner Brendan Cole got together with his Strictly celeb partner Natasha Kaplinsky.

For the following series she switched dance partners to work with Ian Waite.

She won the show for the first time in 2008 with Holby City actor Tom Chambers – and then announced she wouldn’t be returning.

Camilla, 47, went on to marry former Hollyoaks actor Kevin Sacre (who played Jake Dean) on July 29, 2010 in Ibiza – having met him on the BBC Two reality show The Underdogs.

The couple are based in Los Angeles and Camilla has said they're hoping to adopt a child together.

She told the Sunday People: "Kevin [43] is incredible. We have both forged our own separate paths and I feel very settled now. We left ­having kids to the ­universe and it hasn’t ­happened.

"But it wasn’t ­until a ­couple of years ago that I felt ready. I’d really love to adopt or foster. I’ve never, ever felt a need to have my own."

She has also penned a book called Reinvent Me: How To Transform Your Life & Career.

Sacked for dancing with royal 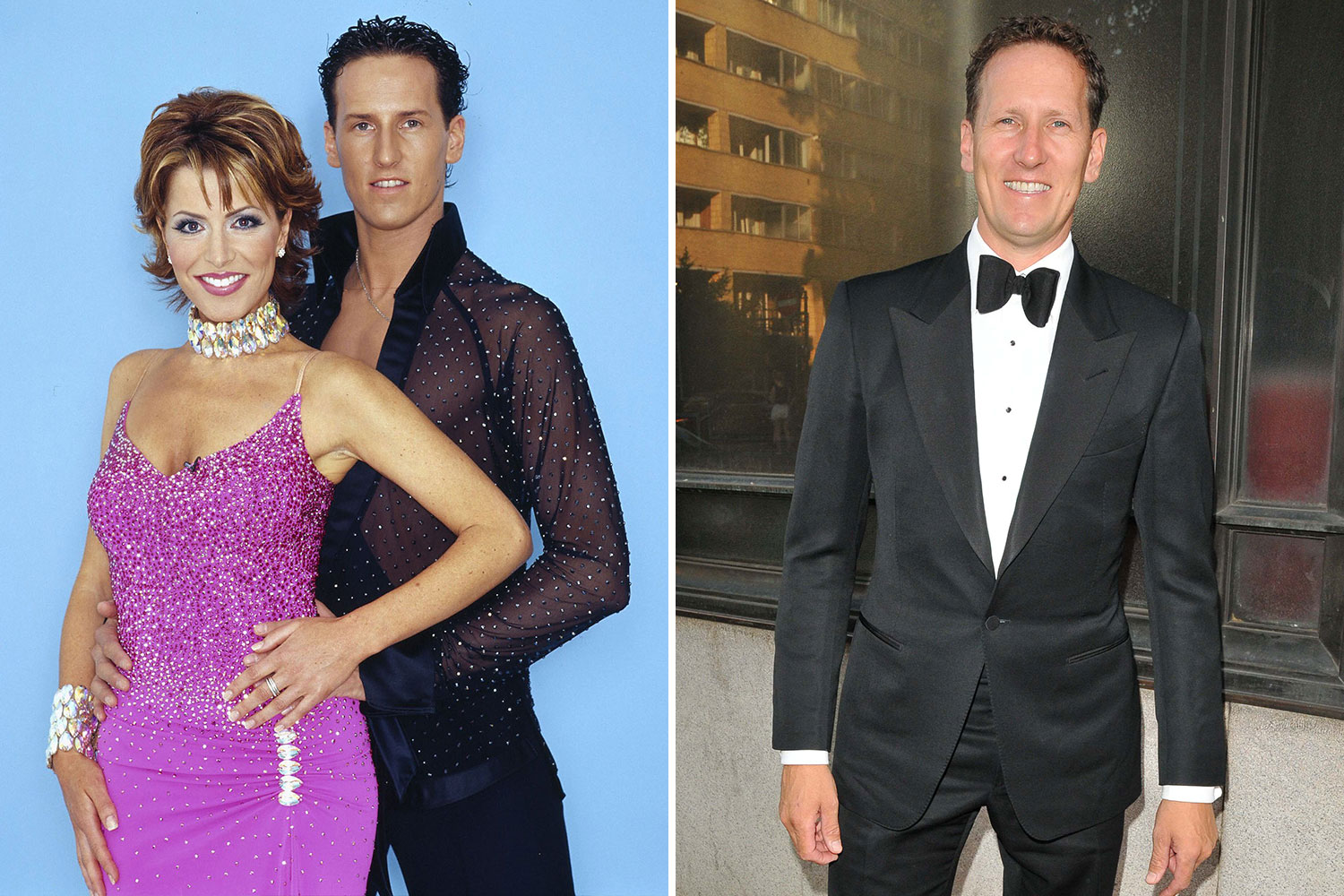 Brendan Cole, 45, was a professional dancer on Strictly for 15 series until he was brutally sacked in 2018, after waltzing with the Duchess of Cornwall at Buckingham Palace.

BBC chiefs and judge Craig Revel Horwood were raging after Brendan ignored weeks of careful preparation and strict rules to steal the limelight during the filming of the show’s Christmas special, and asked Camilla to dance.

A Strictly source told The Sun “it was the last straw” for bosses, who had grown tired of his alleged arrogance and diva behaviour behind the scenes.

During his time on Strictly, he won the first series with Natasha Kaplinsky – they got on rather too well off the floor too, which led to the breakdown of his relationship.

He also reached the finals in series six with Lisa Snowdon and in series 11 with Sophie Ellis-Bextor.

Brendan has appeared in various reality shows since getting sacked, including Celebrity SAS and The X Factor: Celebrity, in which he sang with Jeremy Edwards – and failed to make it past the first stages.

He is due to be in the new series of Dancing On Ice – where, ironically, he’ll be judged by former Strictly panellist Arlene Phillips, who’s replacing John Barrowman.

They welcomed their first child, daughter Aurelia, on Christmas Day 2012, and had a son, Dante, in March 2018. 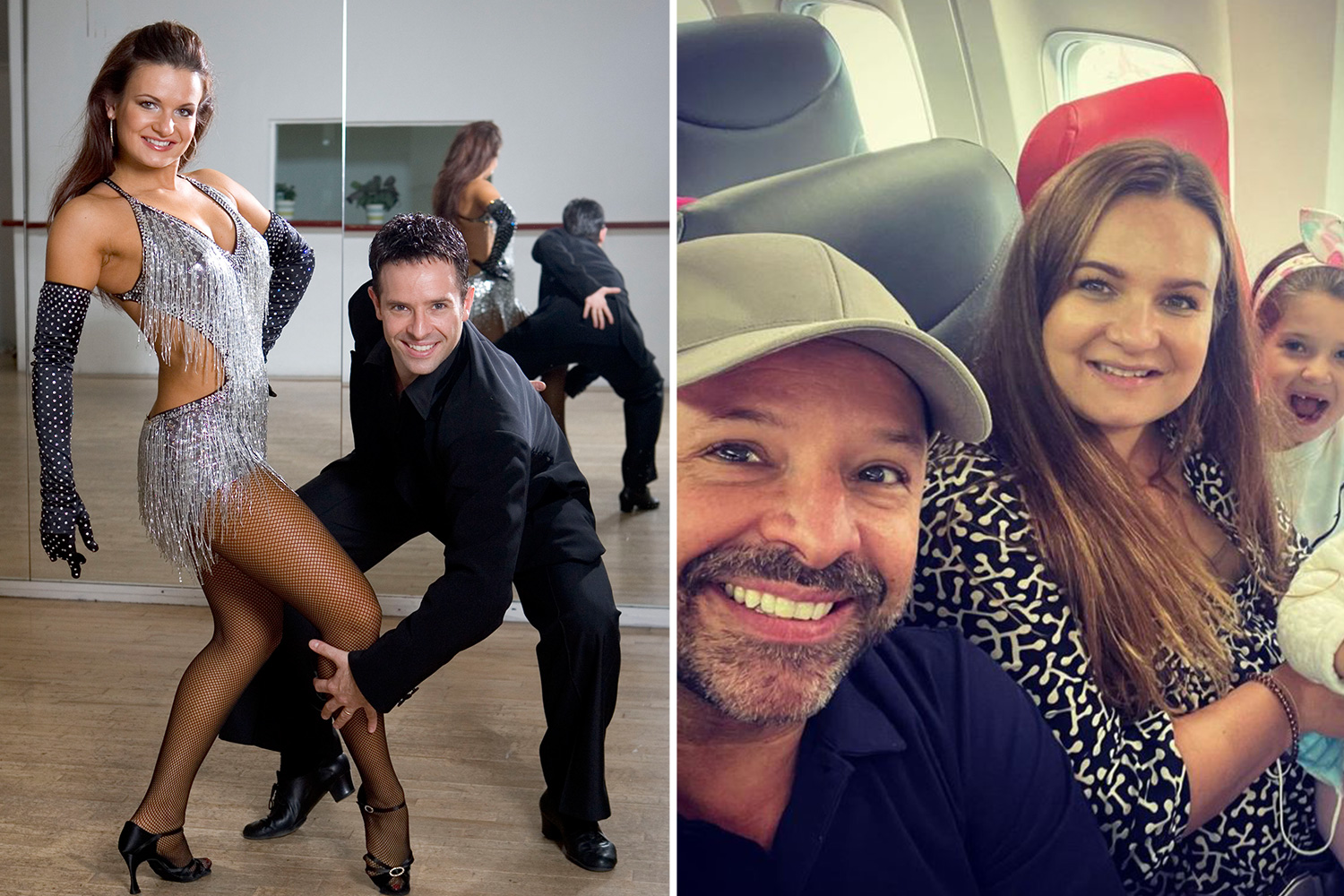 She made it to the final once again in 2006 with rugby player Matt Dawson but they were beaten to the Glitterball trophy by cricket player Mark Ramprakash.

In 2009, Lilia sensationally quit Strictly when bosses said they wouldn't be giving her a celebrity partner that year.

Speaking of the moment she decided to leave, she said: “I was inconsolable. When I rang the BBC and told them I didn’t want to take the new role on Strictly, I felt incredibly emotional.

“As soon as I put the phone down, I burst into tears and then carried on for around 40 minutes.

“It was one of the hardest decisions of my life, causing me lots of sleepless nights.”

Lilia became a choreographer on Dancing with the Stars Ireland and was head judge on the Turkish version of Strictly.

She's married to Darren Bennett, 44 – who was also a Strictly pro after joining in series two. He won with Jill Halfpenny in 2008 and left after series seven.

They have two daughters together, Valentina, six, and one-year-old Lucia.

Both enjoyed a successful career in professional Latin dancing and they teach private lessons at their studio in Sheffield. 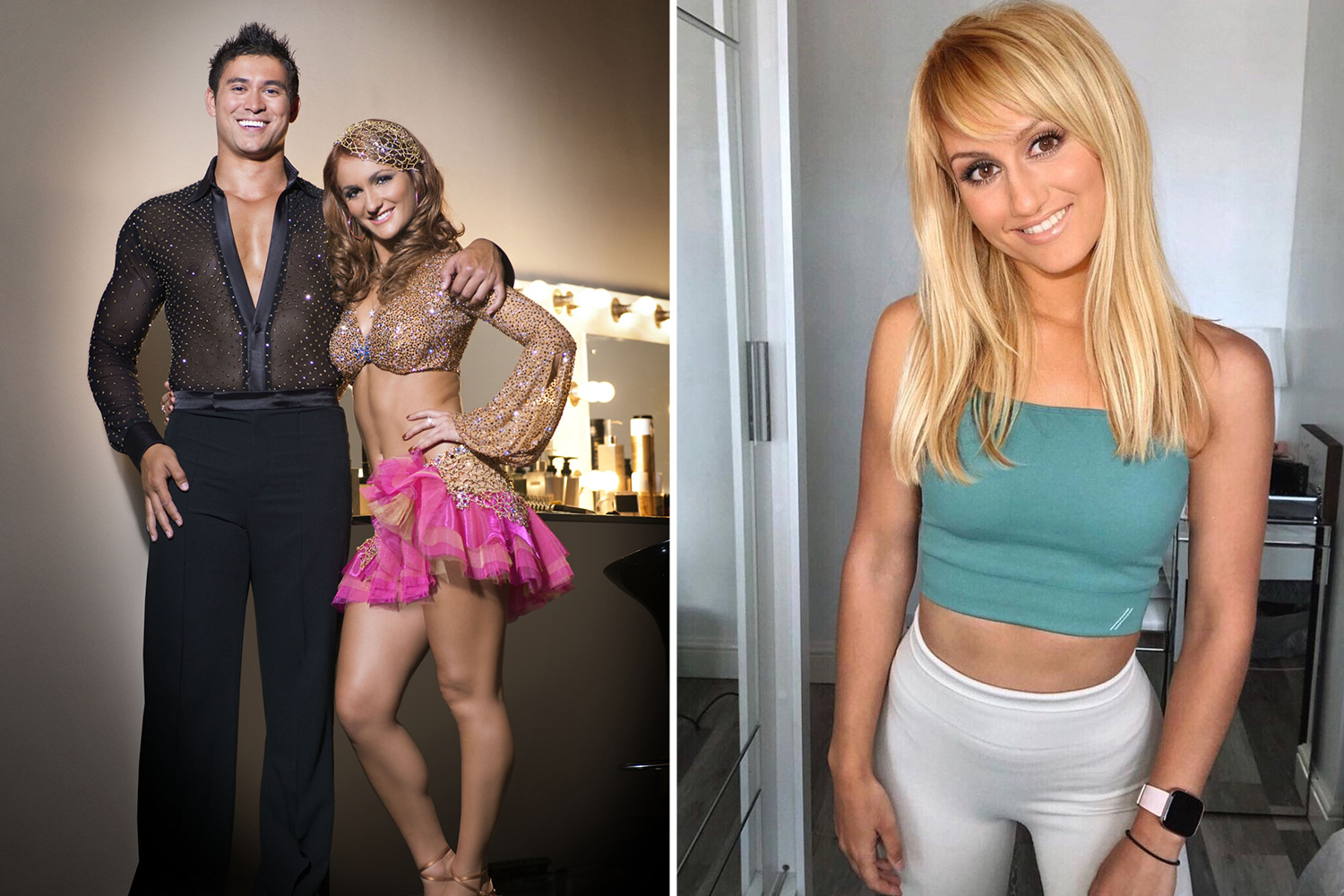 Kazakh ballroom champion Aliona Vilani, 37, is one of the most successful Strictly professionals in history, as one of only two pros to win the show twice (Oti Mabuse is the other).

She joined the show in 2009 and left six years later to move to the US.

During her time on Strictly she placed second with presenter Matt Baker and won with both McFly’s Harry Judd and The Wanted’s Jay McGuiness.

The Pulp Fiction-themed jive she and Jay danced was voted the most popular in Strictly's history by fans – although they never scored full marks from the judges.

These days Aliona lives in Florida with her husband, fellow professional dancer Vincent Kavanagh, and their daughter Bella – having reportedly left the show to start a family. 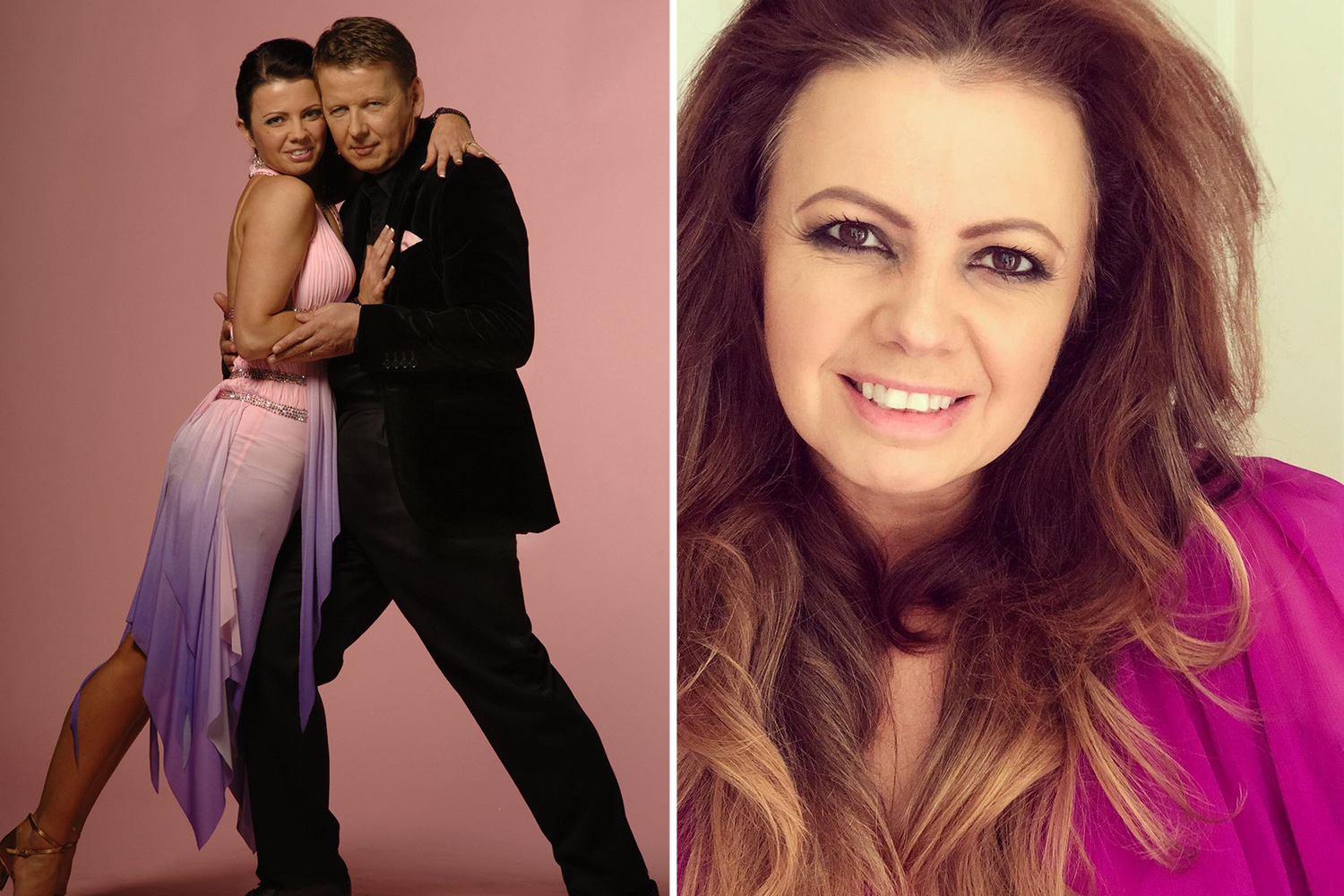 They were the first ever couple in Strictly history to be allowed to restart their routine, when Mark's mic got caught in Karen's dress mid-salsa.

She left the show when she "fell out of love" with it, after she was partnered with chef Gary Rhodes in 2008.

Due to his work commitments, he was unable to train much, so each week they would struggle to do the routines which caused arguments.

However, she's continued to regularly appear on Strictly's sister show It Takes Two, and she runs her own private members' ballroom dance club in London. 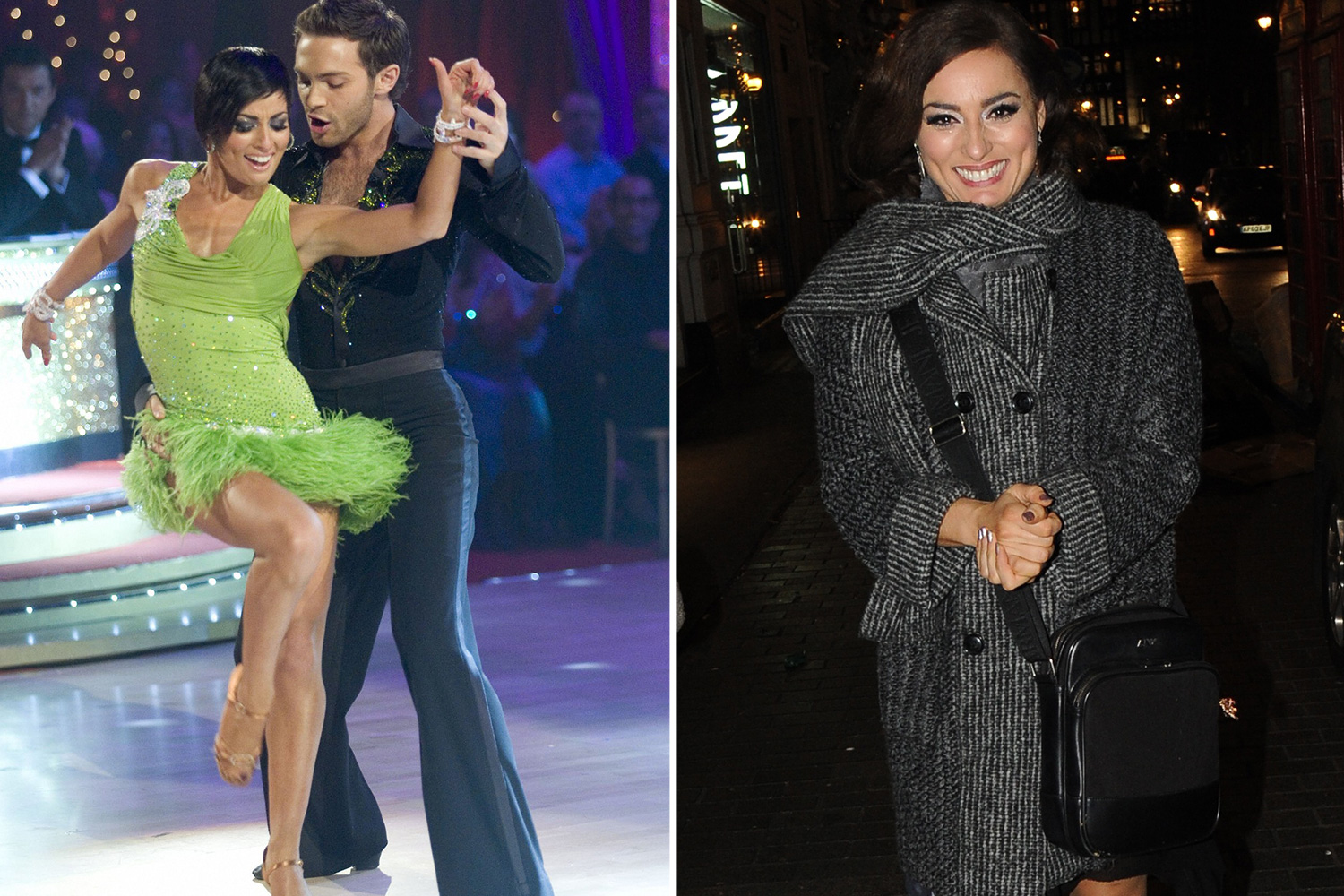 But Flavia, 41, is better known for having a romantic relationship with Matt off the dance floor, and also getting together with her series eight partner, actor Jimi Mistry.

Flavia is now happily married to Jimi, and runs her own health and fitness brand FCMFIT, where she teaches dance classes. 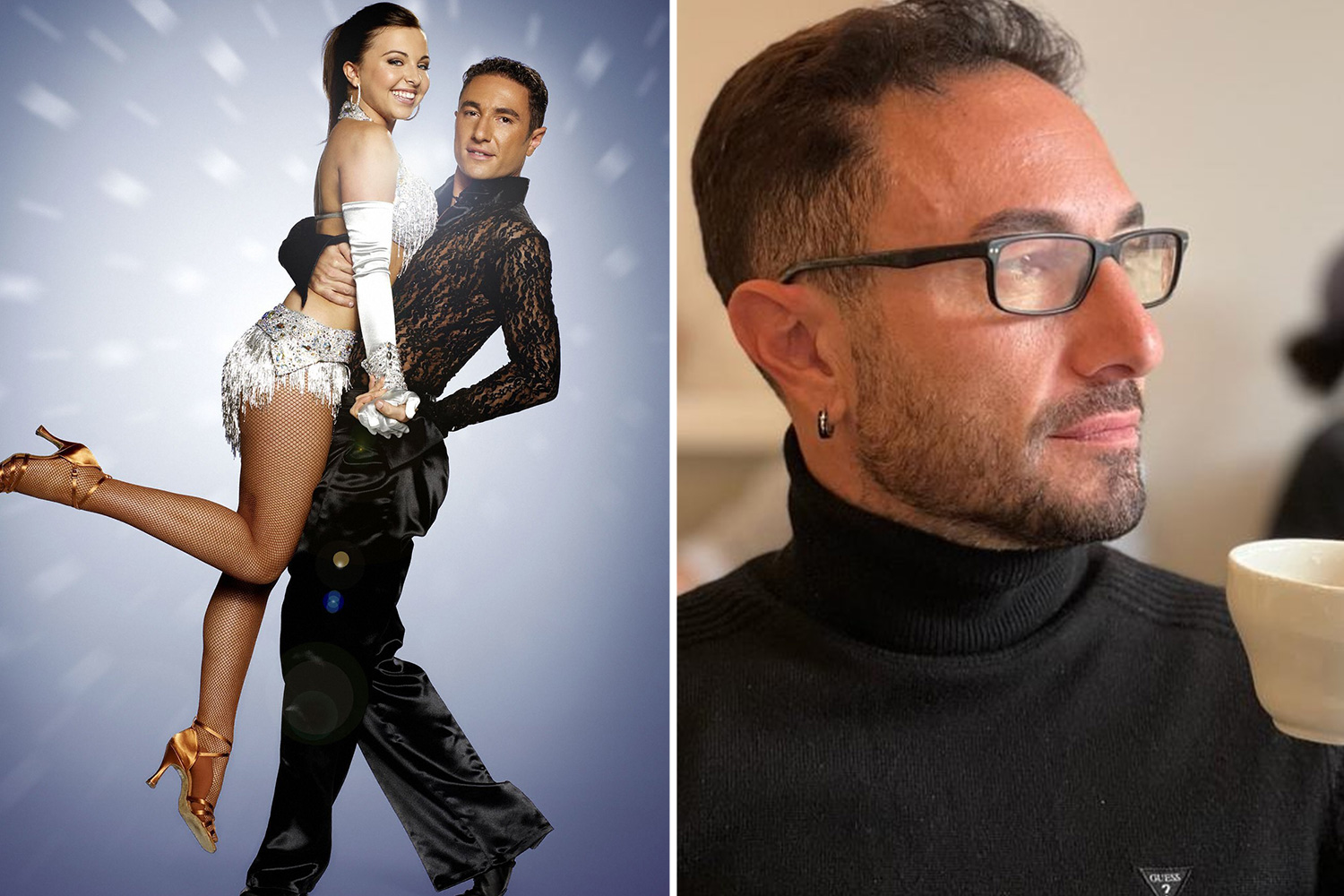 He left in 2012 after reaching the final with S Club 7’s Rachel Stevens – who's just signed up for Dancing On Ice – and Tracy Beaker star Dani Harmer.

His Foxtrot with Rachel Stevens to the Carpenters’ Close to You received top marks in week 10 of series six.

The year after leaving Strictly, Vincent took part in I’m a Celebrity…Get Me Out of Here.

He is now set to tour his show, The Ballroom Boys, with fellow former professional Ian Waite. 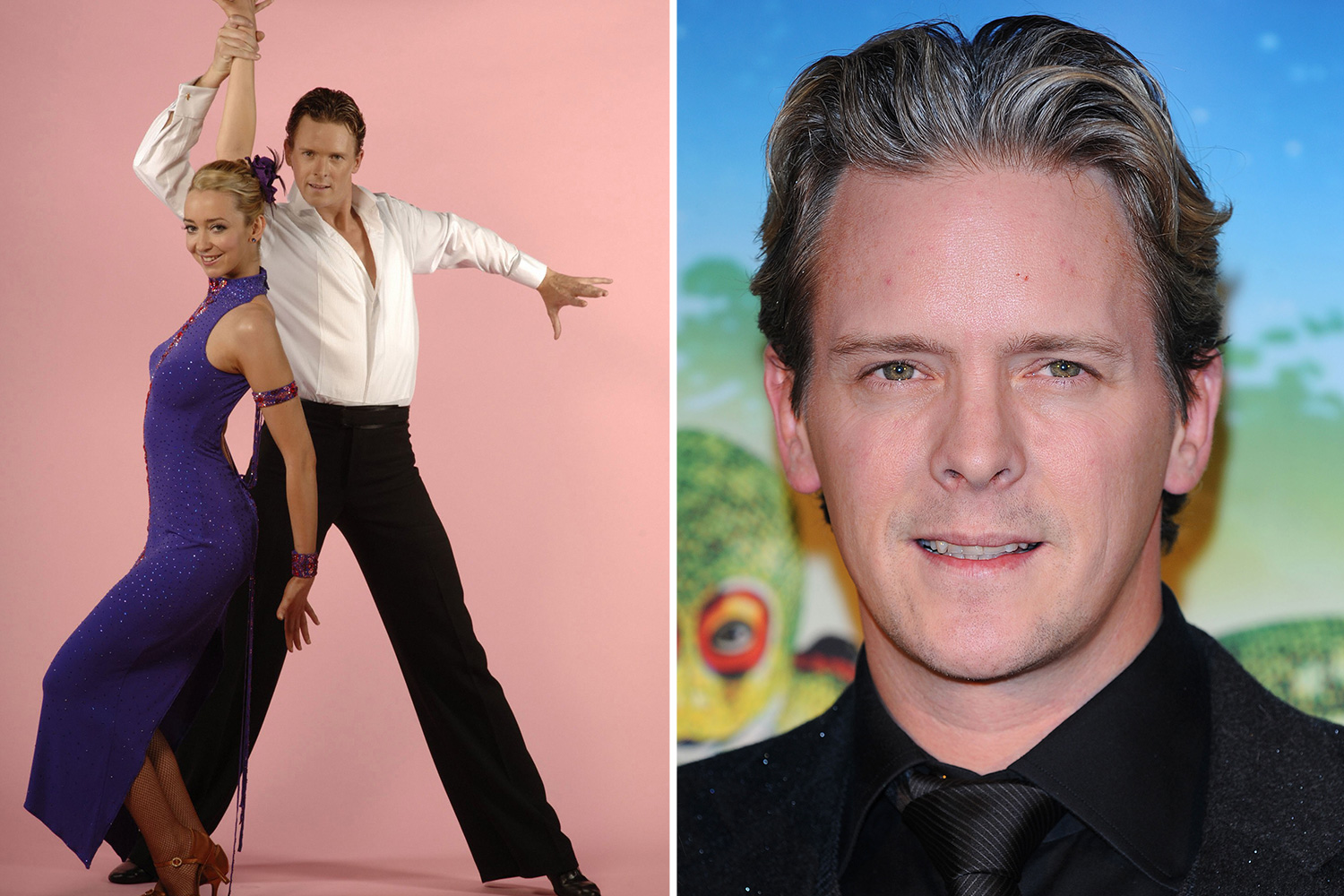 World Amateur Latin-American champion Matthew Cutler, 47, was a professional on Strictly from 2005 until 2009.

He's most remembered for dancing with Alesha Dixon during series five, as she eventually won and then replaced Arlene Phillips as a judge.

He also reached fifth place with both Carol Smillie and Christine Lampard.

Matthew quit Strictly to concentrate on running his own dance studio in Croydon. 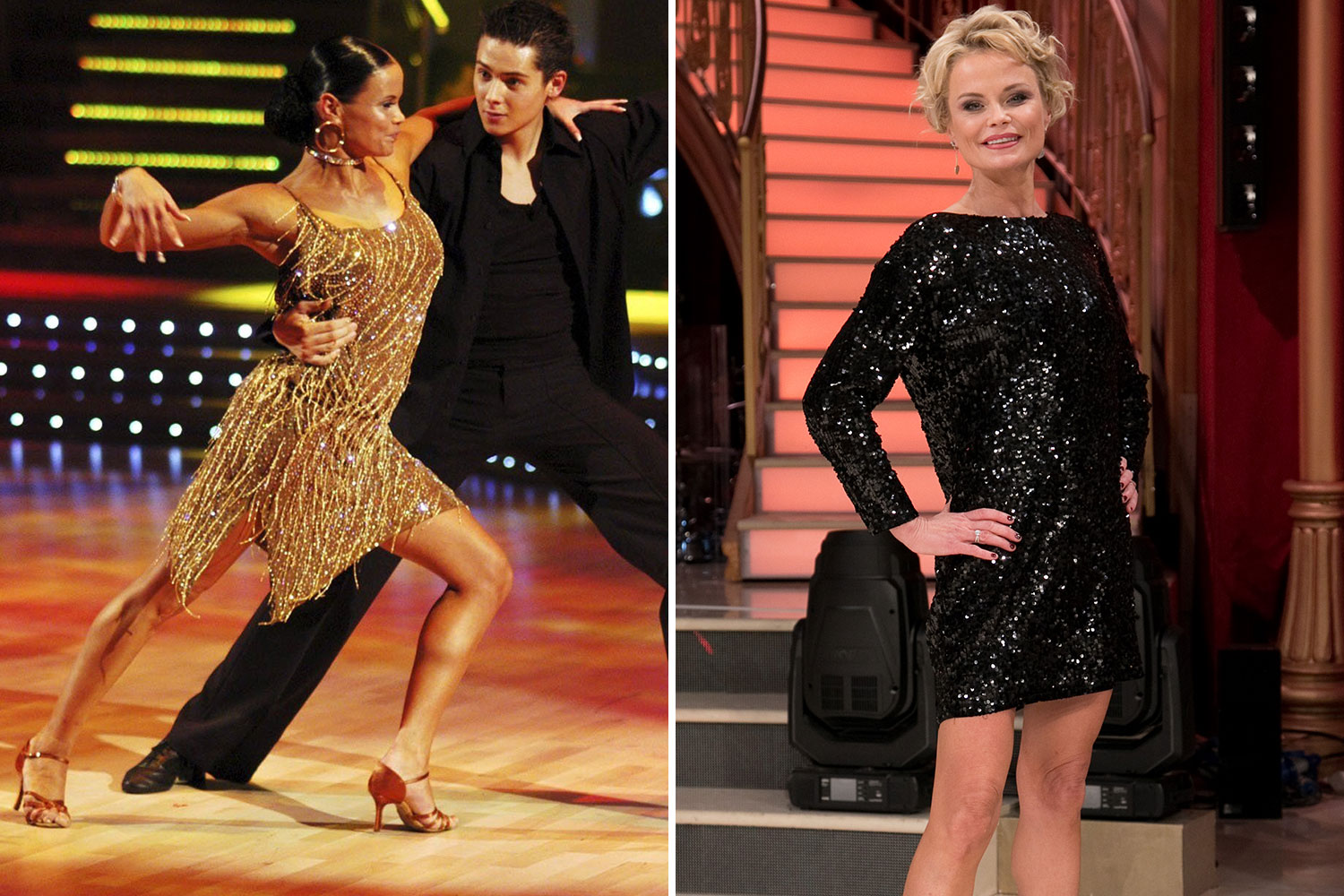 Finnish professional dancer Hanna Karttunen, 47, had a number of world championships under her belt before she joined the first series of Strictly.

She made it to the finals of the first series with EastEnders actor Christopher Parker, and finished in second place – despite him consistently placing last with the judges.

Since then Hanna has appeared as a guest performer on Strictly in Russia, South Africa, Italy, the UK and the United States.

When her professional dance partner Paul Killick announced his retirement from competition in May 2004, she went on to partner Victor Da Silva in the style of Exhibition.

They were also invited to lecture and perform at some of the biggest and most prestigious dance events in the world.

She has been married to rock radio presenter Jone Nikula since August 2014. 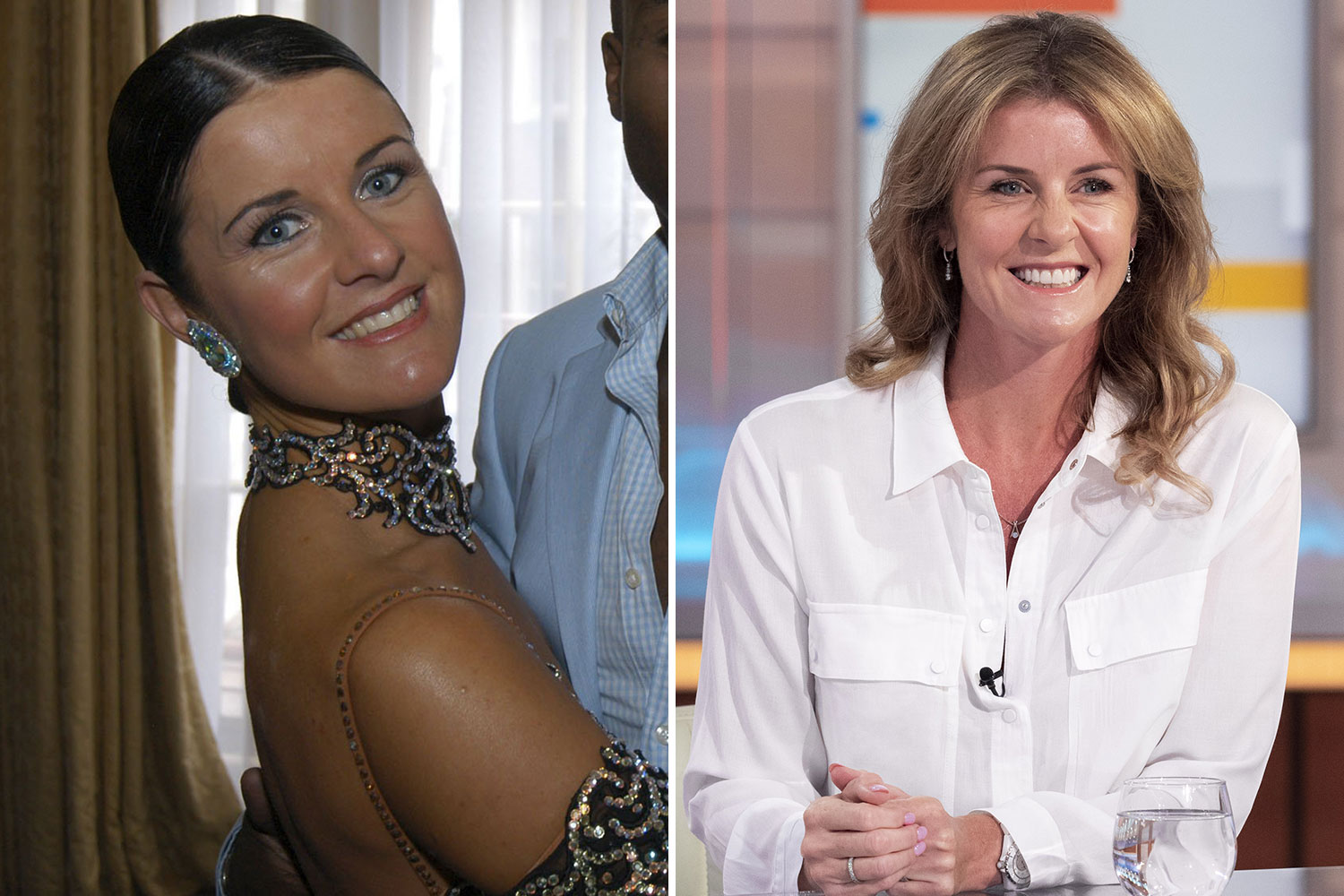 Erin Boag, 46, competed in Strictly for 10 series and six Christmas specials between 2004 and 2012 – and joined the show with Anton Du Beke, who was her professional dance partner.

The New Zealander was partnered with England rugby player Martin Offiah in the first series, finishing in fourth place.

She also made it to the finals twice; once with comedian Julian Clary, and again with former Olympic athlete Colin Jackson.

When it comes to her personal life, Erin has been married to business consultant Peter O’Dowd since 2009, having met him through Camilla Dallerup. 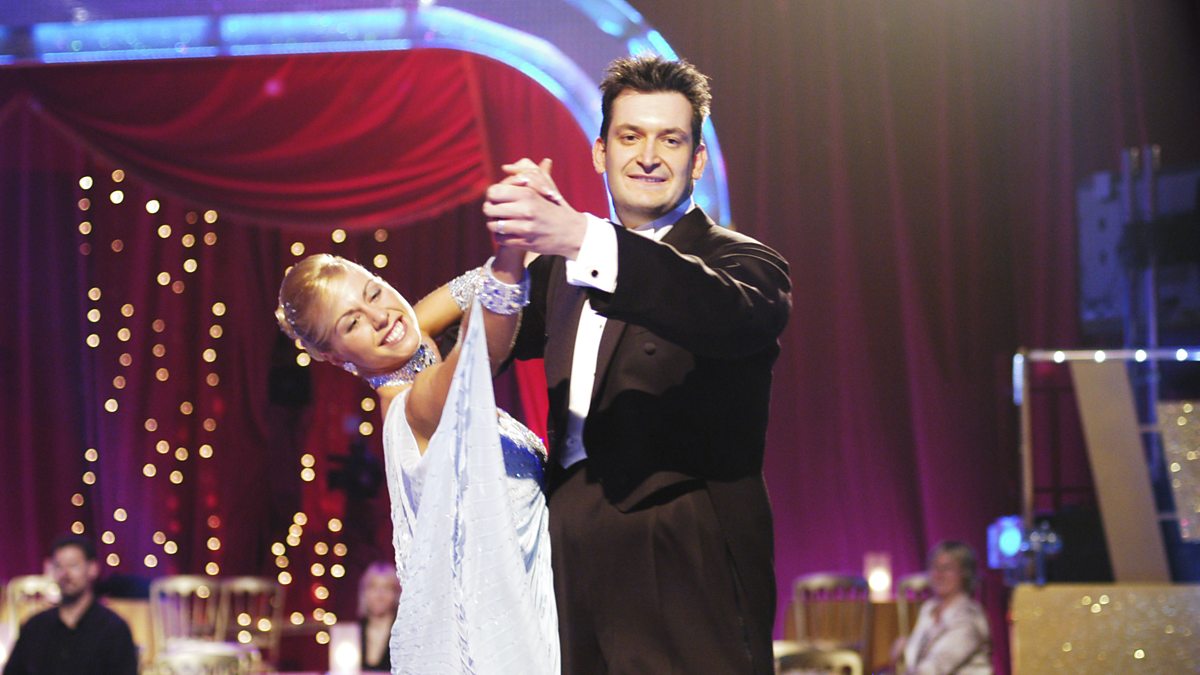 Kylie Jones started dancing at the age of seven and won the Open British Junior Ballroom title three years in a row – the first time anyone had achieved this in 25 years.

In 2002, after winning two World Ballroom Championships, and countless other competitions, she retired from professional ballroom dancing.

But her time on Strictly wasn’t as successful.

She was partnered with stand-up comedian Jason Wood on the first series – and became the first ever dancer to be voted off.

She never returned for a second series, and now teaches dancing and pilates in Surrey, having obtained a level three diploma in Pilates Technique.

She's extremely private on social media, and hasn't shared any recent pictures of herself at all, but it seems she's a mum now.

Sharing a picture of someone wearing a disco ball on their head, she wrote: “My life….. in a nutshell!!! #ballroomteacher #kartingmum #busymum #glitterball.” 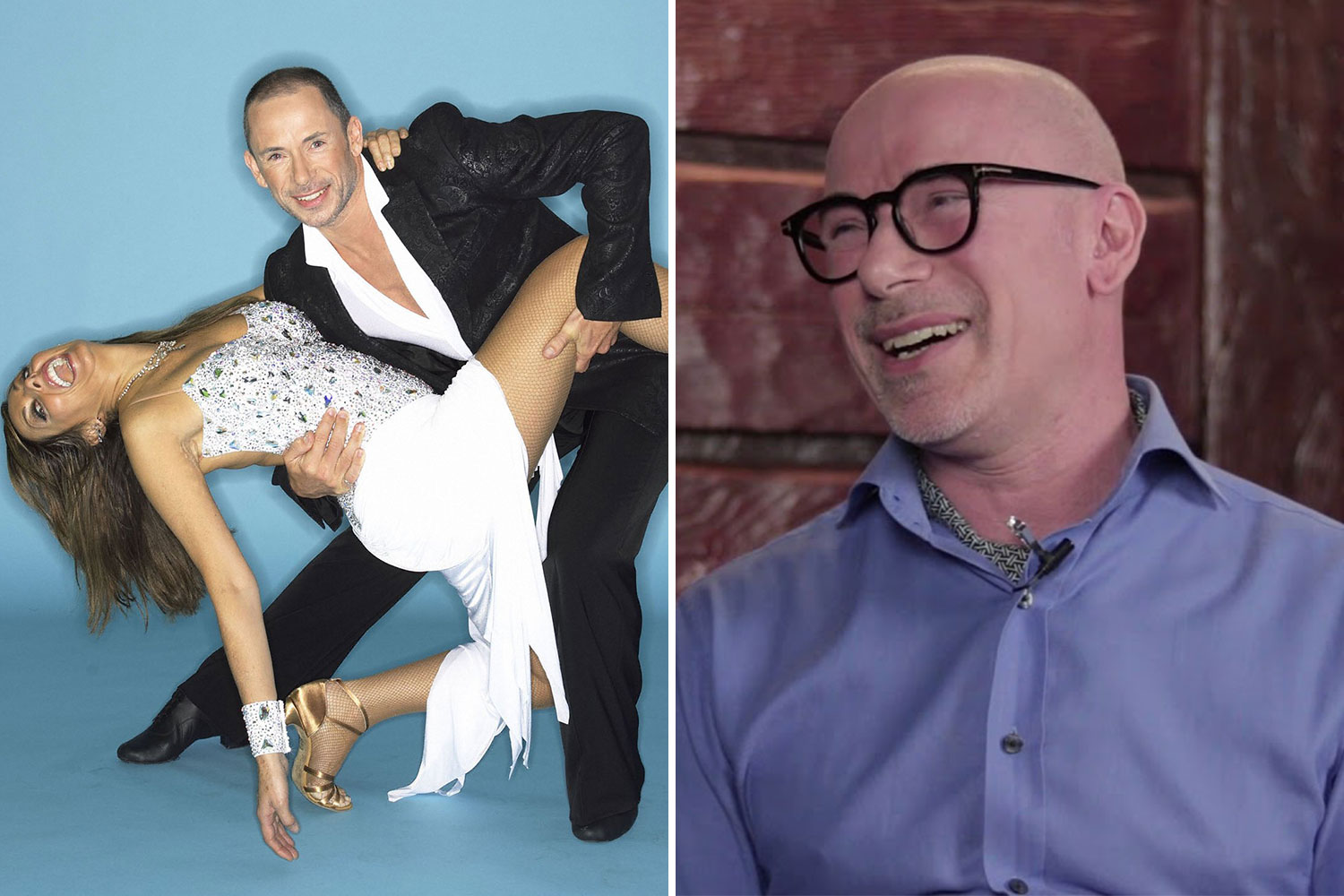 Paul Killick, 50, was partnered with Verona Joseph in the first series of Strictly, and then Carol Vorderman the following year.

He left after that, confessing: “The workload was something we were not expecting. We didn't realise it was going to be so intense, as it was.”

Paul now serves as a world-class adjudicator for a large number of the world's National and International DanceSport competitions.

He was appointedDirector and owner of the Arthur Murray International flagship studio in Beverly Hills in 2012, and is both coach and choreographer to many Ballroom and Latin DanceSport champions and stars.

He also runs his own dance studio in London, and has created many worldwide competitive DanceSport events around the world. 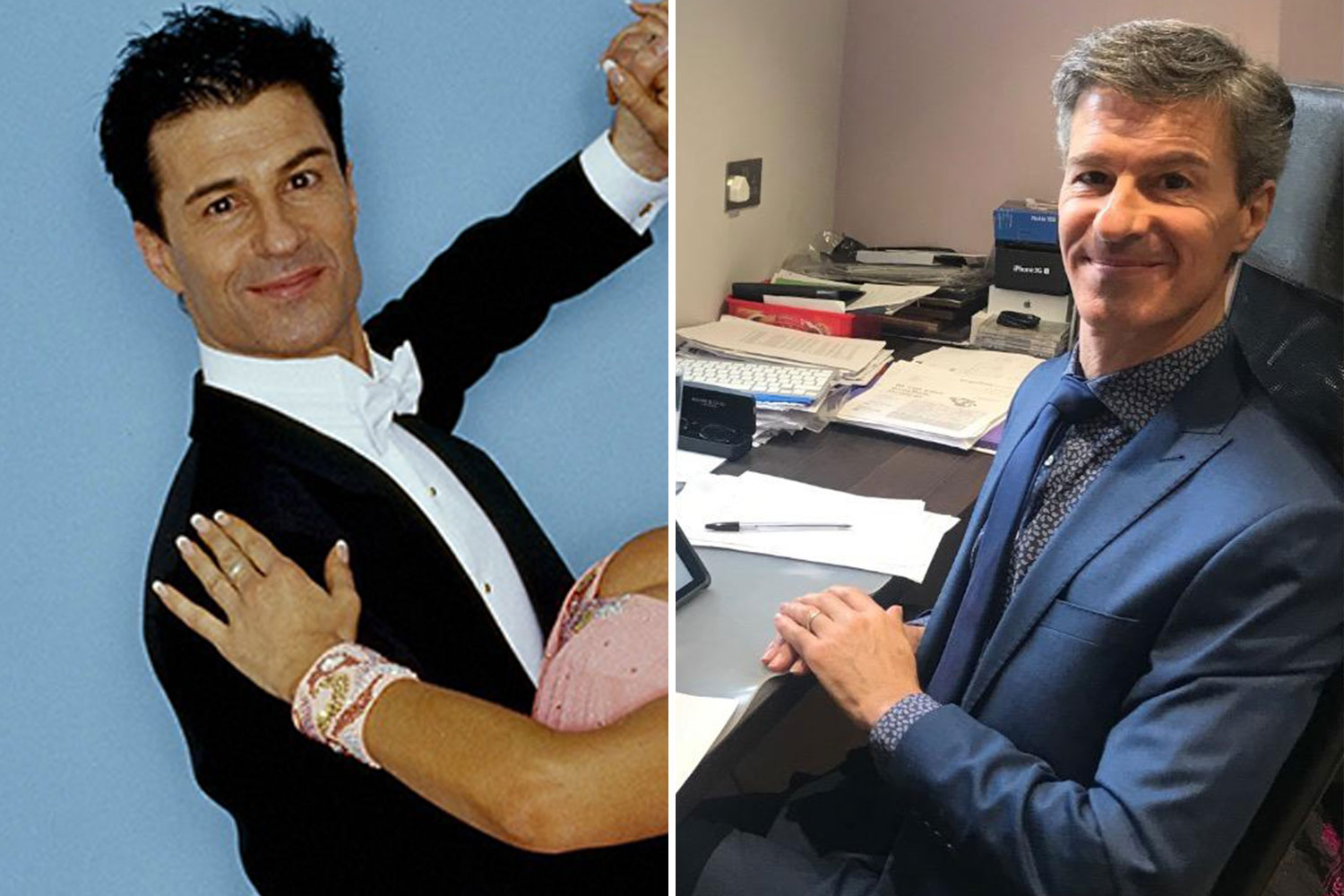 John Byrnes was paired with Claire Sweeney for the first series of Strictly, and didn’t appear in another series after.

However he went on to be a dance consultant for the show instead.

Since 2003, he and his professional dance partner Jane Lyttleton have focused on being directors of JJ Dance Studios in London.

These lot have got Strictly fabulous lives!