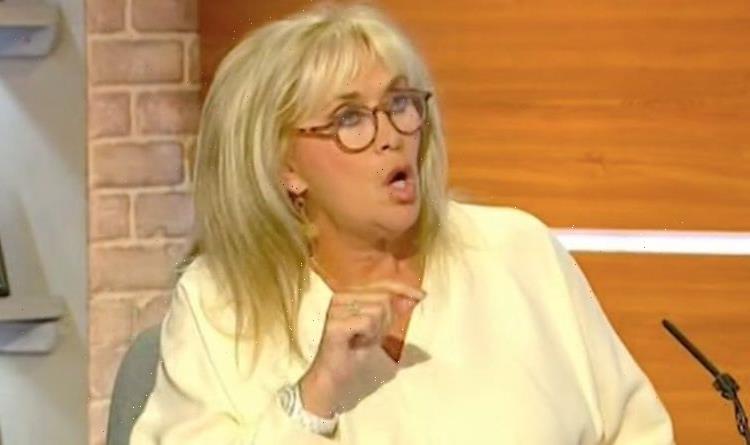 Jeremy Vine panellist Carole Malone has slammed an Extinction Rebellion activist, accusing the climate group of having “no plan” while still demanding No 10 to meet net zero goals by 2025. The government is planning to reach carbon neutrality by 2050 but the group has long been urging Boris Johnson to do more to help stave off the impact of the climate emergency. Activists have been protesting across London since Monday and have said they will keep up their demonstrations for two weeks.

The Daily Express columnist erupted at the climate action activist, saying: “This lady is talking like the government are doing nothing.

“We are one of the first countries to commit to zero carbon emissions by 2050.

Ms Malone went on: “It can’t happen and you know that because there is no alternative form of energy.

“You would have is taken back to the Dark Ages.

Ms Malone continued:  “And you still haven’t told us your plan!

“You keep on saying to get people around the table.

“We all know there’s a problem!”

Extinction Rebellion demonstrators have blocked one of Covent Garden’s busiest junctions on the first day of the group’s protests, named ‘Impossible Rebellion’.

Some 52 arrests were made yesterday.

The climate action group aims to persuade the Government to declare a climate emergency, achieve net zero by 2025 and create a Citizens’ Assembly on climate justice.

In a statement ahead of the protests Extinction Rebellion, which has gained the support of celebrities including comedian and author Stephen Fry and actor Jerome Flynn, said they would “target the root cause of the climate and ecological crisis – the political economy”.

Gail Bradbrook, Extinction Rebellion co-founder, said: “Our leaders in Government and Business have been failing us for years, they are taking us over a cliff.

“If they are in any way serious about tackling this existential crisis then they would immediately stop financing fossil fuels, because continuing to pour petrol on a fire is an obvious sign of insanity.

“Why don’t they act? They are wedded to a corrupt political economy, centred in the City of London, that extracts vast profits from communities and nature, and depends on destructive economic growth for its survival.

“We need to tell the truth, humanity has to change course, we have no choice.”