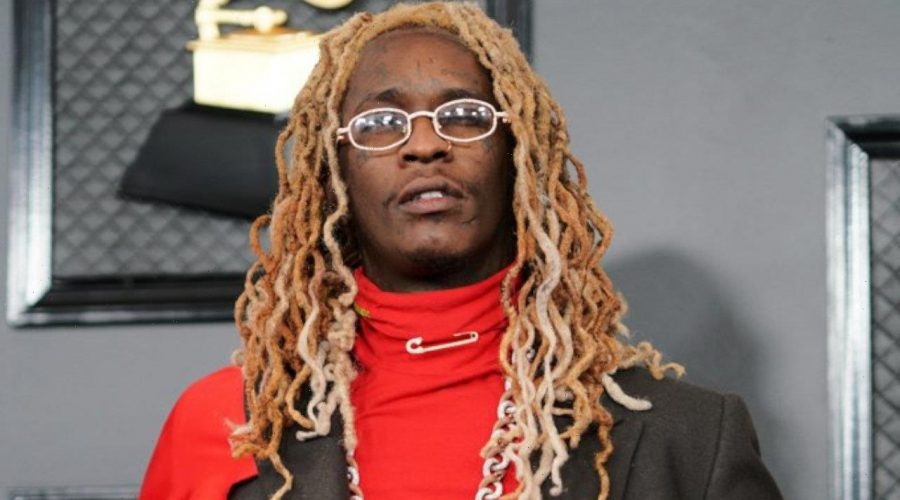 The ‘Slime Language’ rapper has officially been signed on for the upcoming musical dramedy, joining Shahadi Wright Joseph and Tiffany Haddish for his acting debut.

AceShowbiz –Young Thug is set to make his acting debut in “Throw It Back“.

The 29-year-old rapper is set to star alongside Shahadi Wright Joseph in the upcoming musical dramedy.

What’s more, the “No Limit” star is set to executive produce and oversee the flick’s soundtrack.

Shadae Lamar Smith is helming from a script he wrote with Rochee Jeffrey.

Tiffany Haddish has a supporting role and will produce under her She Ready Productions banner with Melanie Clark, along with Feigco Entertainment’s Paul Feig, Laura Fischer and Rochee.

The plot is as follows, “Throw It Back follows Wytrell, a high school senior who has never stood out from the crowd. After a controversial superstar Miami rapper decides to feature the renowned dance team from her high school in his latest music video, it throws the school into chaos, and Wytrell battles for a spot on the squad and her final chance to be in the spotlight. The film is a dance-filled musical dramedy set to a soundtrack of southern hip hop and HBCU collegiate band rhythms.”

The album debuted at No. 1 on Billboard Hot 200 with 113,000 album-equivalent units. The LP also propelled the hip-hop star to the top spot on Billboard Top R&B/Hip-Hop Albums.