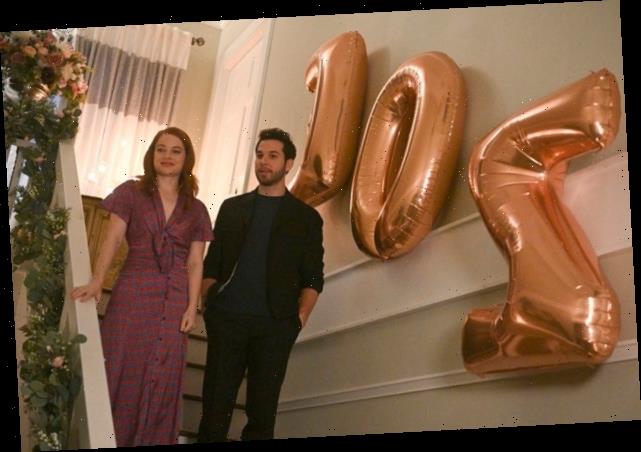 Zoey’s Extraordinary Playlist is marking the big 3-0! In this Sunday’s episode (NBC, 9/8c), the titular gal (reluctantly) celebrates her birthday while also sorting out her feelings for the men in her life.

“Zoey is not somebody who typically enjoys her birthday. Zoey’s not somebody who usually likes a lot of attention on herself,” showrunner Austin Winsberg tells TVLine. “But her mom feels like, because it’s her 30th birthday and because of Dad’s belief that it’s always important to celebrate the big moments, that they should celebrate her 30th birthday… It’s sort of about Zoey being able to try to enjoy herself and try to have a good time, and there are a few things that get in the way of that.”

Throwing a wrench into Zoey’s B-day plans are matters of the heart, especially in relation to Max, who’s been reunited with his former summer camp crush Rose (How to Get Away With Murder‘s Katie Findlay). “[Zoey] is in a complicated space with Max, because they didn’t quite clearly define the terms of the pause that they are on,” Winsberg previews, “and they are both starting to have feelings [for] or certainly their eye on some other people, and that is complicating what this pause means for both of them. Max asks her, point blank, in the episode, ‘Are you ready to just be with me?’”

But for Zoey, that’s a loaded question, because “she knows that that kind of means forever, or it means that it could burn out big time, and then they won’t be friends anymore,” Winsberg continues. “It’s a very, very, very big commitment to make that commitment to Max, and I think she’s still in her own trying-to-figure-out-what-she-wants space, and she isn’t ready to say that that’s what she wants. Because of that, Max feels like, ‘I can’t just sit around and wait for you forever. Maybe I need to explore some other things, too.’” 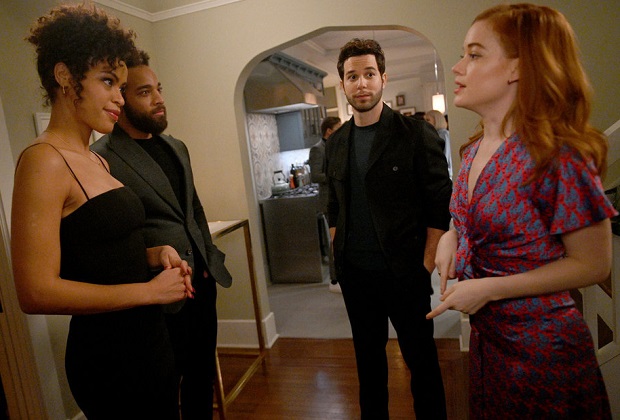 Meanwhile, sparks start to fly again between Zoey and Simon, who “have always had chemistry,” Winsberg says, adding that viewers will see “a rekindling of some of those feelings and vibes that were there that she tried to put aside at the beginning of the season.”

But wait, there’s another fella in Zoey’s orbit: her Aussie neighbor Aiden (Ginny & Georgia‘s Felix Mallard), who is also “harboring a bit of a crush” on the redhead and decides to make his feelings known via the original song “Crimson Love,” co-written by executive story editor Lindsey Rosin and Winsberg, who describes the tune as “comedic, heartfelt and a little bit awkward.”

Watch a preview of “Crimson Love” below: