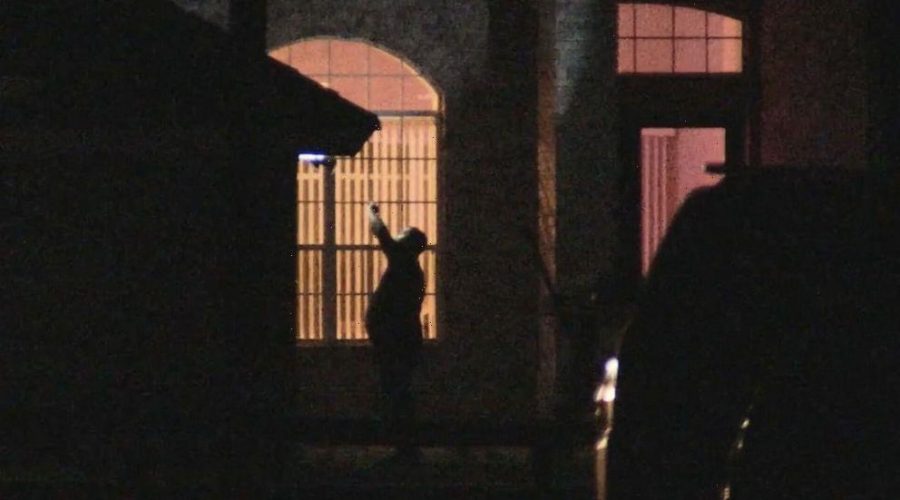 A 14-year-old girl is seriously hurt after she and a 12-year-old boy allegedly armed themselves with stolen guns and opened fire on Florida deputies, officials said.

The children, who reportedly ran away from a children’s group home hours earlier, allegedly broke into an empty house Tuesday night, which the homeowner said was stocked with an AK-47, a handgun, a shotgun and a large amount of ammunition, the Volusia County Sheriff’s Office said.

Deputies surrounded the home and made announcements, trying to talk the kids into surrendering peacefully, according to the sheriff’s office.

But the children started shooting, allegedly with the homeowner’s guns, the sheriff’s office said.

The 14-year-old girl then came out of the garage and allegedly pointed the shotgun at deputies twice, according to the sheriff’s office.

She was shot and wounded by a deputy, officials said.

“They were coming out to kill cops,” Chitwood said.

The boy, who was in the garage and armed with the AK-47, surrendered, the sheriff’s office said.

The 14-year-old girl suffered life-threatening injuries, officials said. She underwent surgery and was reported to be in stable condition, according to an early Wednesday morning statement.

The boy was not seriously hurt and no deputies were hurt, officials said.

“Deputies did everything they could tonight to de-escalate and they almost lost their lives,” Chitwood said at a Tuesday night news conference.

“They took rounds — multiple, multiple rounds — before they were left with no other choice but to return fire,” Chitwood said.

“Deputies had nowhere to hide but trees,” he added.

Charges against the children are pending, officials said.

The deputies are temporarily on paid administrative leave, officials said.