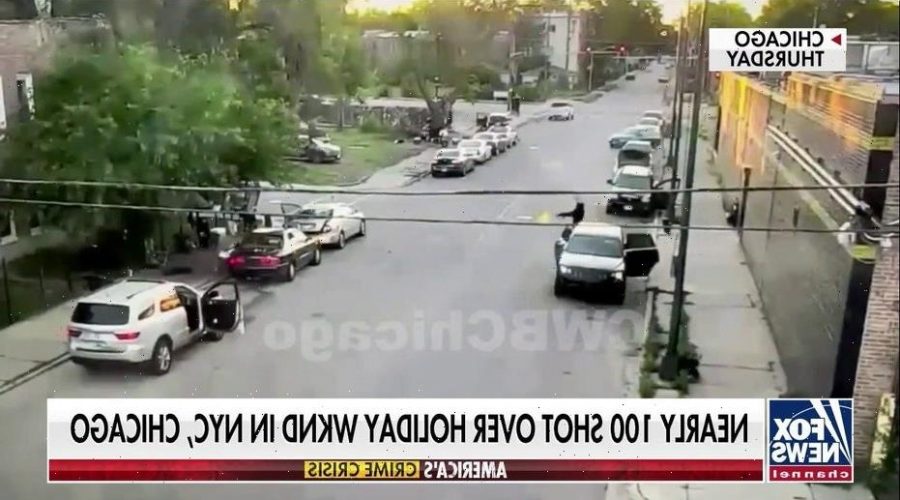 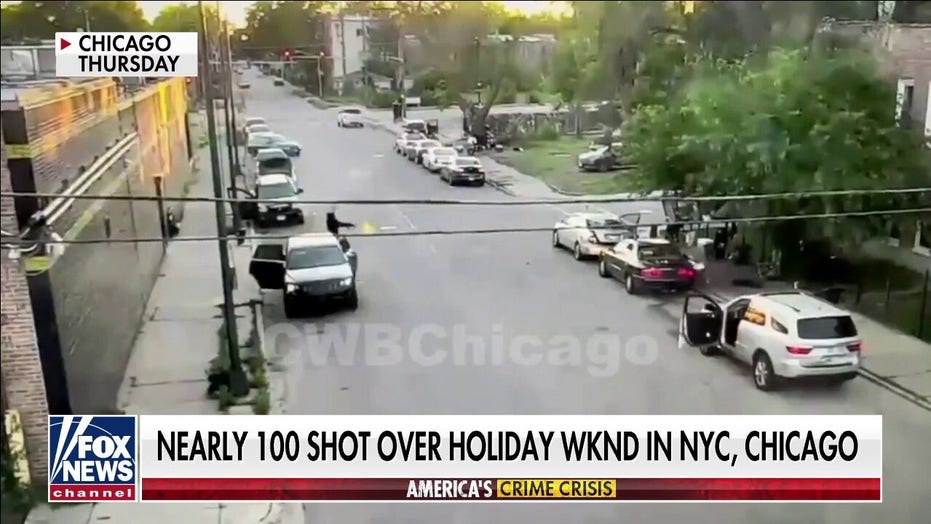 Nearly 100 shot in New York and Chicago over holiday weekend

14 people killed in Chicago over the weekend; ‘America’s Newsroom’ reports

A commander was shot in the foot and a sergeant grazed in the leg when shots rang out around 1:30 a.m. in the city’s West Side, Chicago police said in a statement.

Both officers were taken to a hospital, where they were listed in good condition, police told The Post Monday.

No arrests were made and investigators did not release a description of a suspect in the gunfire, which marked at least the 33rd time this year that Chicago cops had been wounded or targeted in a shooting, according to Police Superintendent David Brown.

“As you know, there’s been a lot of large crowd gatherings tonight, a lot of celebratory fireworks going off, kind of spontaneous,” Brown told reporters outside the hospital where the female commander and male sergeant were taken, WLS-TV reported. “They were dispersing a crowd when they heard shots and felt pain.” 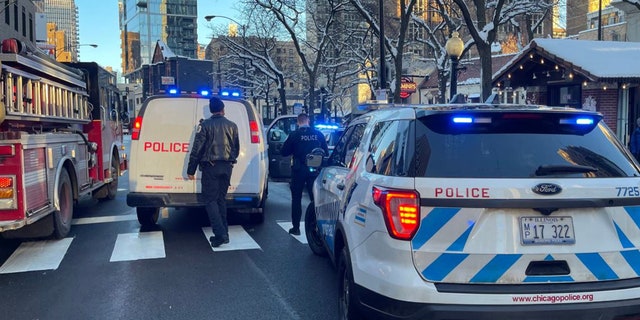 It’s unclear if the officers were intentionally targeted or if the gunfire came from people “shooting indiscriminately” as they celebrated the Fourth of July in the city’s South Austin section, Brown said, later adding that the officers were expected to recover.

“Thankfully, they will be all right,” Brown tweeted early Monday. “God bless the brave men & women of CPD.”

The gunfire erupted just 30 minutes after a drive-by shooting in the city’s South Side left six people wounded, including two fatally, police said.

Two men, ages 21 and 26, were pronounced dead at a hospital after an unidentified suspect in a vehicle drove past them and fired numerous shots along the 6100 block of South Wabash Avenue in Chicago’s Washington Park section, police said.

A 12-year-old girl and a 13-year-old boy were also wounded with gunshot wounds to the buttocks and hand, respectively. The girl was listed in critical condition while the boy was in stable, police said.

A 34-year-old woman also suffered graze wounds but was treated and released at the scene. No arrests have been made in the incident as of Monday, police said.