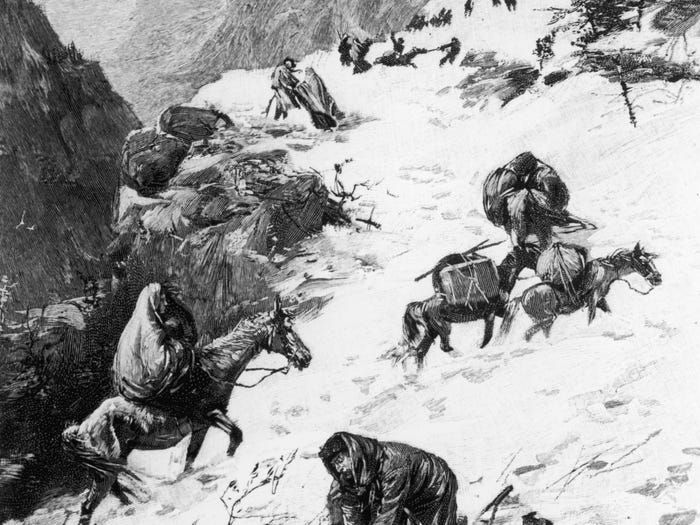 Four endurance running athletes are setting out to trek part of the route walked by the Donner Party in the 19th Century.

The Associated Press reported that endurance runners Tim Twietmeyer, Bob Crowley, Jennifer Walker Hemmen, and Elke Reimer will take "modern equipment and wildness gear" on a five-day trip to walk part of the route that the Donner Party traveled in the 1840s.

In 1846, Jacob and George Donner led around 90 emigrants to travel westward from Illinois, according to History.com. This group, later dubbed the "Donner Party," aimed to end up in California, when they got stuck in the Sierra Nevada Mountains, eventually with some members reportedly and infamously partaking cannibalism for survival, according to History.

"In correspondence, journals, and later, interviews, they freely admitted that when everything else was gone, they turned to cannibalism," historian Michael Wallis told the National Geographic. "They were suffering hypothermia and starvation; they were delirious. But, they knew that out in the snowbanks was this great store of protein: people who had already died."