A TOP lawyer wore a KKK hat in the office, told racist jokes and groped a black female colleague's bum, a tribunal heard.

Sniggering Samuel Charkham, 68, pulled a white envelope over his head and told the black assistant he had “joined the Ku Klux Klan” – later describing it as “office banter". 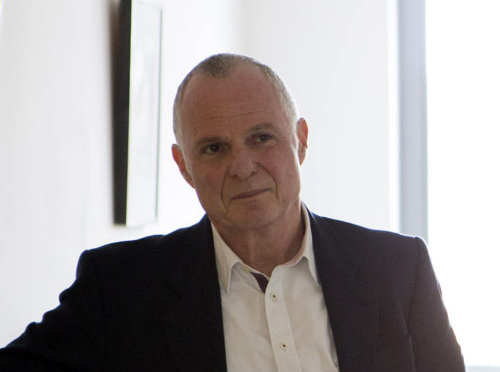 He had earlier told a racist joke in front of the woman – who is of Saint Lucian heritage – during a Christmas dinner.

He now faces being struck off if the case is proven at a Solicitors’ Disciplinary Tribunal.

The secretary, identified as “Person A”, told how Charkham slapped and grabbed her bum in the office on at least 18 occasions between 2014 and 2017.

She said: “It was very traumatic. I was scared all the time. I had to go home and have a shower because I felt dirty.

“As a woman, it’s not something you can just forget. You never forget the pain, it lives with you for years.”

She said she was typing up a letter when Charkham started shouting her name in January 2017.

She said: “He came running through the office with a white A4 envelope on his head, laughing, saying he’d joined the Ku Klux Klan. I was shocked.”

He came running through the office with a white A4 envelope on his head, laughing, saying he’d joined the Ku Klux Klan. I was shocked.

Person A said she went to a work Christmas dinner in December 2016 and was made to feel “extremely uncomfortable”.

She said: “He made a joke, I didn’t hear the whole thing but I knew it had some racial connotations because everyone at the table instantly stared at me like I had soup on my face.

“I just wanted the ground to open up. It was very uncomfortable.”

Asked why she didn’t report the incidents earlier, she said: “Everyone was scared of Mr Charkham.

"I needed that job. I didn't want anyone to think that I was causing trouble.

"I suppose, just like thousands of women, you just try and hope that it never happens to you.”

Yesterday, he told the tribunal: “There’s no evidence of it except what she says.”

He admitted telling the racist jokes and accepted they were “in bad taste”.

He said: “I have told racist jokes in the past, but it was a very different political climate. I would never dream to do the same again now.

“Even in 2017, it wasn’t like it is now. The political atmosphere was completely different. Black Lives Matter didn’t even exist four years ago.

“I now accept that my jokes offended people, which by definition makes them offensive.”

It wasn’t funny and I should have understood that before

About the KKK stunt he said: “It wasn’t funny and I should have understood that before.

But it was not racially motivated.” Referring to his Jewish heritage, he said: “I’m not a racial person. I can’t be, with the history of my people.”

Nimi Bruce, for the Solicitors’ Regulation Authority, said: “We do not accept for one moment that these were jokes.

“The Ku Klux Klan is widely known for its racist and violent ideology.

Joking about being a member, even in an absurd or supposedly humorous manner, was grossly offensive and extremely hurtful to Person A.

She told him: “You treat female colleagues however you want as if the rules don’t apply to you.”

A second secretary has also accused Charkham of “flicking” her backside in February 2018.

He claims he “gave her a friendly kick up the bottom in jest as a joke”.

Charkham became a solicitor in 1977 and now works for Portner Law Limited, another leading firm based in Marylebone.

21/10/2020 World News Comments Off on A top lawyer wore a KKK paper hat in the office and groped a black female secretary, a tribunal has heard
Lifestyle