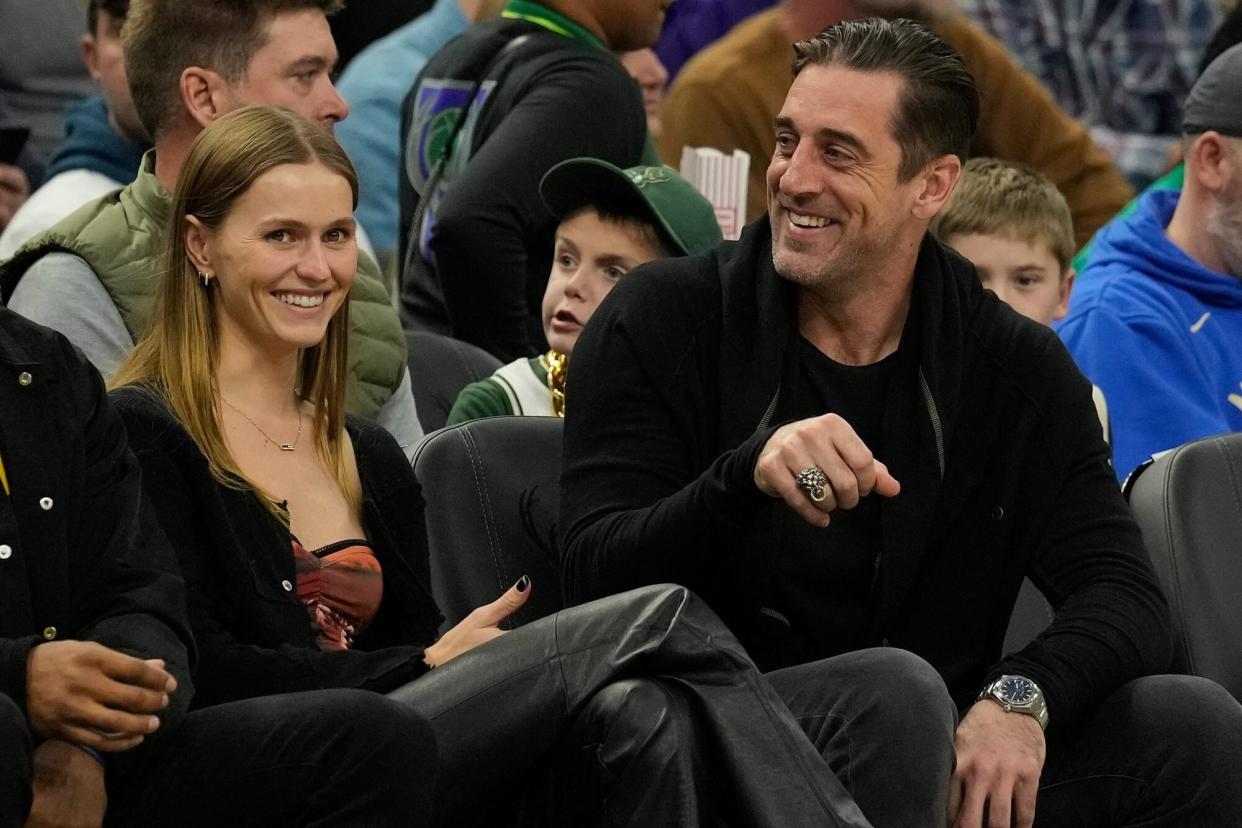 Aaron Rodgers has a new someone special.

The Green Bay Packers quarterback, 39, is dating Mallory Edens, 26, the daughter of one of the Milwaukee Bucks’ primary owners, Wes Edens, a source tells PEOPLE.

“It’s more than friends, but it’s casual. Nothing serious at all,” the source said. “He’s not looking to rush into anything. It’s low-key for now.”

The two have been friends for some time and have been spotted together attending Bucks games courtside before. The model shared a photo of herself and the quarterback at a Bucks game in 2019 on Instagram, and the pair were snapped more recently sitting side by side at a Bucks vs. Lakers game on Rodgers’ Dec. 2 birthday.

“But it’s definitely a very close friendship that is evolving,” the source said. “He’s not going to do something as quick as Shailene [Woodley]. Live and learn.”

Sports Gossip was the first to report the budding romance.

Rodgers was most recently linked to Big Little Lies actress Woodley, 31. The football star announced their engagement while accepting the award for the 2020 NFL MVP. A few days before the event, sources confirmed to PEOPLE that the duo had begun dating.

A month after the surprise announcement, Rodgers called the engagement “the best thing that’s happened” to him in the last year and said that he was excited to become a father sometime in the future. While he said he didn’t have plans for it to happen right away, he admitted that he had dreamed of it for a long time.

“It’s gonna be a really fun challenge … I’ll look forward to taking care of another life at some point. I think it’s gonna be so fun. I’ve dreamt about what that will be like. I’m really excited about that chapter whenever that comes,” he said.

The two were photographed together over the next few months vacationing in Mexico and visiting Hawaii with pal Miles Teller and his wife Keleigh. In the fall, the two spent some time long distance, with Rodgers focusing on football and Woodley focusing on acting projects.

In February 2022, a source close to Rodgers confirmed to PEOPLE that the couple had split, calling off their engagement.

Never miss a story — sign up for PEOPLE’s free daily newsletter to stay up-to-date on the best of what PEOPLE has to offer, from juicy celebrity news to compelling human interest stories.

“It was an amicable split; it just wasn’t working,” the source says. “They’re very different people with busy careers and there were obstacles that they couldn’t surmount. They will remain friendly; there’s no bad blood and no drama. It just didn’t work out for them.”

After their split in February, Rodgers shared Instagram photos of the two cuddled up together, writing “I love you and am grateful for you” and called Woodley “amazing partner to do life with” on The Pat McAfee Show. Despite trying to make things work, they eventually split up again in April.

An insider told PEOPLE that “Shailene felt everything was on Aaron’s terms and it wasn’t making her happy.”

09/01/2023 World News Comments Off on Aaron Rodgers Is Dating Mallory Edens: They're 'More Than Friends, but It's Casual,' Source Says
Lifestyle