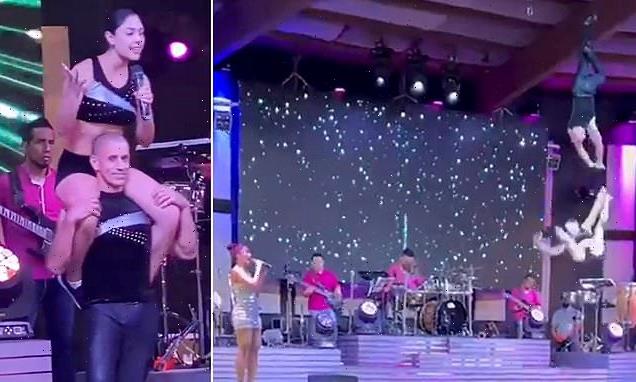 Show must go on! No one helped after Aerial performer crashed onto stage mid set at a restaurant in Mexico – the singer even kept belting ‘I Will Always Love You’

An acrobat slipped from her partner’s hands and crashed to the stage at a Mexican restaurant while a singer continued her rendition of Whitney Houston’s ‘I Will Always Love You.’

Footage filmed by a guest showed the duo performing a routine during a show at the Don Comalón restaurant in Comala, Colima, last Thursday.

The aerialist, identified as Angy, is pulled up from the stage as her partner, Estefano, is suspended above air by a cable.

Angy positioned her legs around Estefano’s arms that were stretched out as the spun around while the singer sang Houston’s hit song from the film, ‘The Bodyguard.’ 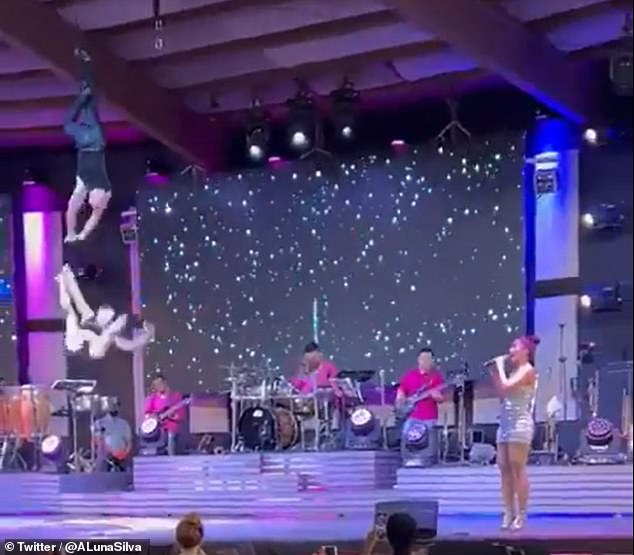 An aerialist named Angy (left) is seen crashing to the stage at a restaurant in Colima, Mexico, while the singer (right) continued her rendition of Whitney Houston’s ‘I Will Always Love You’ 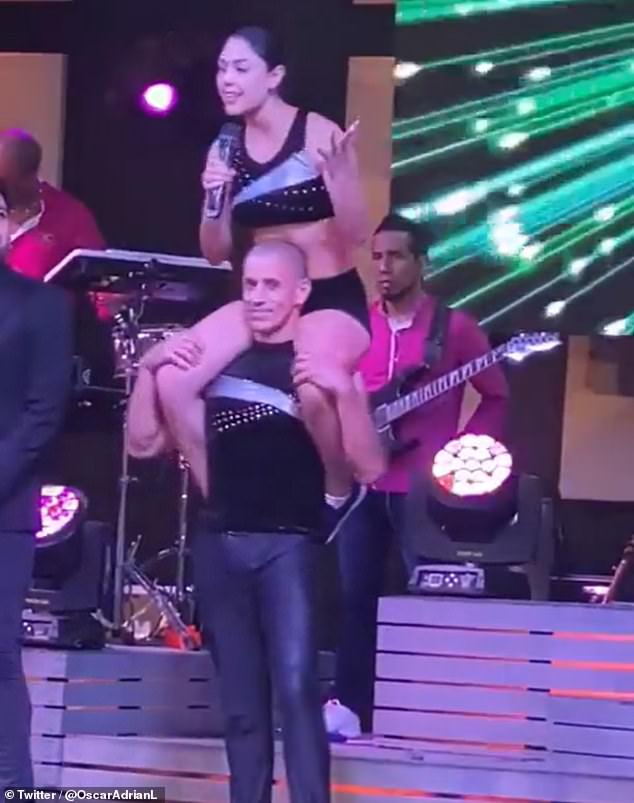 She subsequently posed holding her left leg with her left arm while Estefano held on to her right leg.

They attempted a second move as they slowly spun and both of Angy’s legs were wrapped around Estefano’s right arm when he appeared to lost control.

Angy dropped to the stage and landed on her back as Estefano frantically motioned to be lowered to the ground. 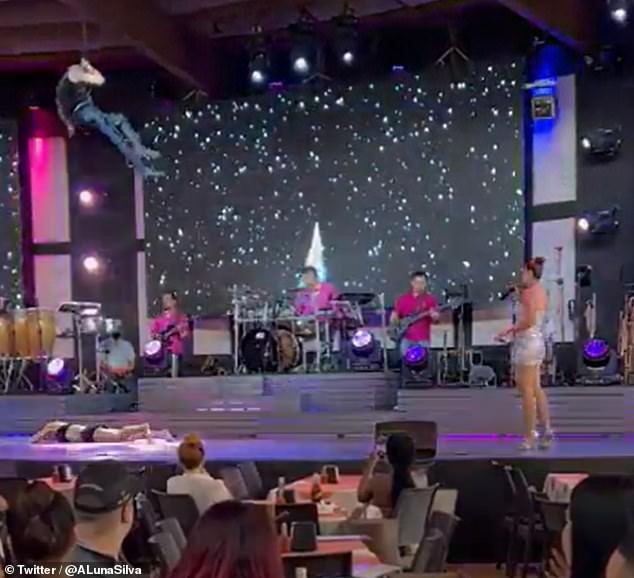 Estefano is lowered to the stage as Angy lies on the ground while the singer continues to sing Whitney Houston’s hit song, ‘I Will Always Love You’ at a restaurant in Mexico 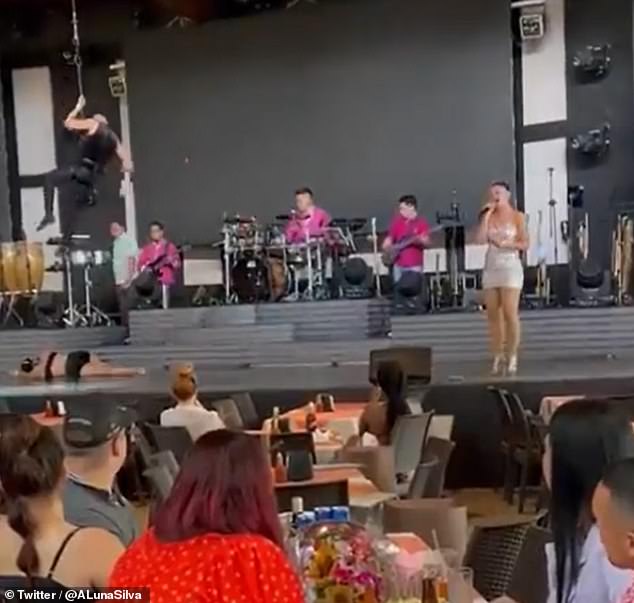 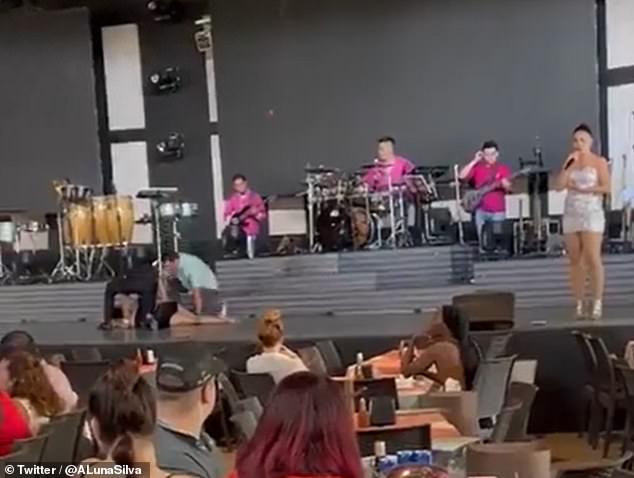 Instead of stopping the performance, the singer and the band continued their set as Estefano and a man who was standing behind the stage checked on Angy’s well-being.

There was some outrage over the viral video, with one commenter writing, ““No man!!!, why didn’t they stop?? They should have attended to her immediately.”

Thankfully Angy didn’t seem to be too seriously injured by the scary fall as she addressed the dinning crows while she sat on Estefano’s shoulders at the conclusion of the show.

‘I hope you understand that accidents happen, but it’s all good, we’re still standing,’ she said.