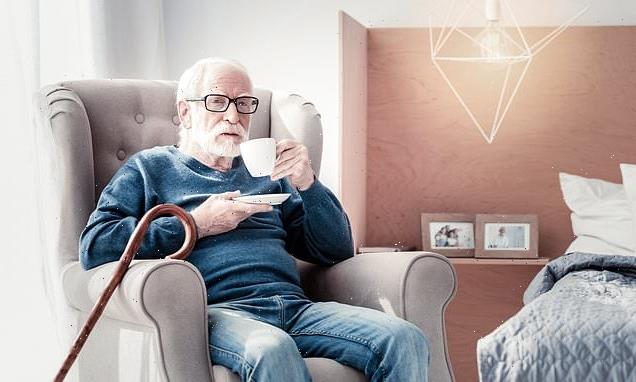 Current guidance states that residents who leave the home – even just for a walk in the park – must isolate for 14 days on their return.

This means that hundreds of thousands are ‘trapped’ in their homes, unable to participate in the reopening of society as lockdown lifts.

Campaigners are preparing to take the Government to court unless it drops the ‘barbaric’ requirement which they say is a blatant breach of Human Rights Law.

The group John’s Campaign, which supports people with dementia, sent a pre-action legal letter to the Department of Health and Social Care.

It says the rule ‘creates an unacceptable risk of illegality because it encourages (indeed, requires) care homes to act unlawfully (namely, by falsely imprisoning care home residents and/or depriving residents of their liberty)’. 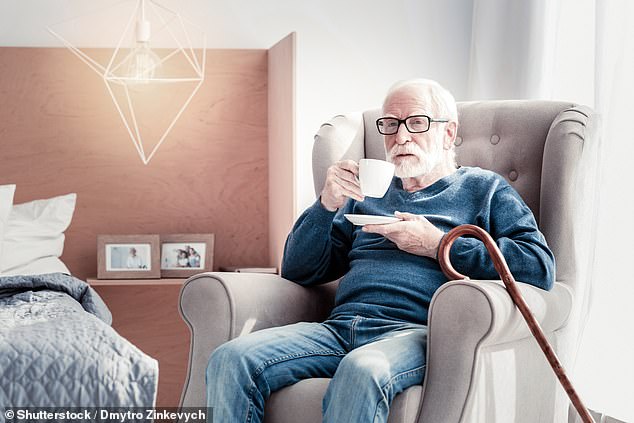 The Government claims the 14-day rule is needed ‘to manage the risk of residents returning from visits bringing infection into the care home environment’. However, the guidance acknowledges it ‘is likely to mean that many residents will not wish to make a visit out of the home’.

Residents have described feeling like they are ‘under house arrest’ by the guidance – which also prevents them from voting in person in the UK’s local elections on May 6 without having to isolate afterwards.

Julia Jones, co-founder of John’s Campaign, said: ‘The current guidance… reveals a shameful disregard for a group of people who have already lost more than a year from their lives.’

The Daily Mail is campaigning for cruel visiting restrictions on care homes to be lifted so that residents can be reunited with their loved ones.

John’s Campaign has also sent the Government testimony from seven families describing the impact of the isolation requirement.

These include Lucy, who has been unable to take her mother out of her care home to the local park to look at the spring flowers. The pair have both been vaccinated.

Mother and daughter used to visit the garden centre together before the pandemic, and Lucy said her mother is becoming depressed due to being kept indoors. 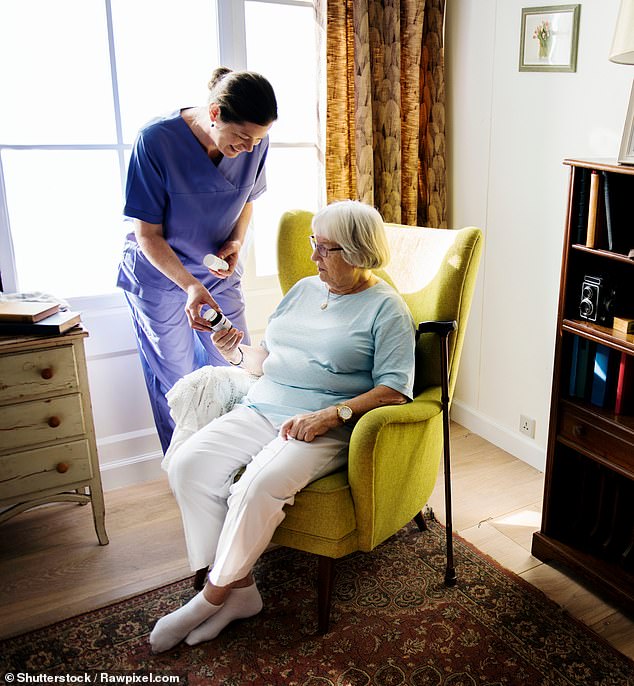 The group John’s Campaign, which supports people with dementia, sent a pre-action legal letter to the Department of Health and Social Care

She said: ‘There is a sign in some care homes that says ‘residents do not live in our workplace, we work in their home’, yet sadly care home residents seem to be being held captive.

‘It’s like being under house arrest. Even prisoners have a projected release date when entering prison but these elders have no such hope and their clocks are ticking louder than anyone’s.

‘They are alive but not living.’

Another relative, Dorothy, who wants to take her 89-year-old mother by wheelchair across the road to see the flowers for an hour, added: ‘This year’s daffodils might be the last ones she will get to see.’

Michael, the son of another resident, said he does not want isolation to be forced on his mother again after months on her own.

He said: ‘My mother is more at risk from the staff who are forced to impose these draconian rules than she is from her own family.

‘I’m at my wits end with these outrageous deprivations of liberty and mental abuse of entirely innocent and powerless people.

‘I asked my mother what she wanted for Christmas and she said she didn’t want anything but to come to visit me and my family.’