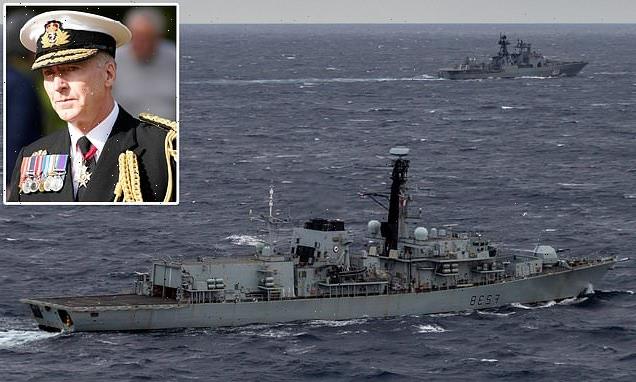 ‘Keep your subs away from our communication cables’: New head of the armed forces Admiral Sir Tony Radakin warns Russia that severing crucial lines will be seen as act of war as tensions continue to rise

Any attempt by Russia to sever crucial communication cables will be seen as an act of war, the head of the armed forces has said.

Admiral Sir Tony Radakin, 56, warned there had been a serious rise in submarine and underwater activity in recent years.

Meanwhile, Foreign Secretary Liz Truss yesterday called on Russia to end its ‘malign activity’ towards the Ukraine, and Nato said the country would pay a ‘heavy price’ if it attacked its neighbour.

Sir Tony also said it was important to develop ‘hypersonic missiles’ – which can travel at 3,850mph and are difficult to detect – to compete with Moscow. He explained: ‘We haven’t [got them] and we should.’ 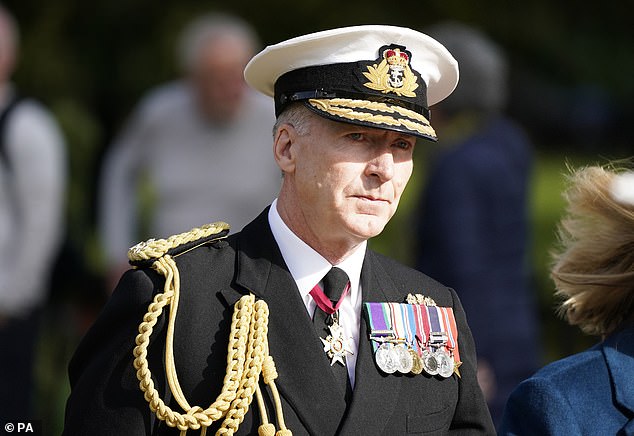 Admiral Sir Tony Radakin, 56, (pictured) warned there had been a serious rise in submarine and underwater activity in recent years

Highlighting the threat from the Kremlin, the admiral said: ‘There’s been a phenomenal increase in Russian submarine and underwater activity over the last 20 years.’

The cables are essential to transmitting internet data. His comments came days after it was reported that a Royal Navy warship had its sonar equipment damaged in a collision with a Russian submarine it had been hunting.

HMS Northumberland had been sent to find the underwater vessel about 200 miles north of Scotland over fears it was capable of tapping into undersea cables.

But as the ship went over the top of the submarine, the Russian vessel collided with the boat’s ‘towed array sonar’ which was tethered behind the ship underwater.

Regarding Ukraine, Nato general secretary Jens Stoltenberg said the ‘risk of conflict is real’ if the Kremlin does not end its aggressive actions. Pictured: A handout picture provided by the British Ministry of Defence shows the HMS Northumberland (front) monitoring the Russian destroyer Vice-Admiral Kulakov as it sails north-west of the Outer Hebrides, off the west coast of Scotland, in December 2020

It comes ahead of talks between US and Moscow officials in Geneva tomorrow aimed at defusing the crisis, and the first meeting in two years of the Nato-Russia council on Wednesday. Miss Truss yesterday called on the country to abide by its international commitments.

‘We stand with our Nato allies in urging Russia to end its malign activity and adhere to international agreements it freely signed up to,’ she said.

Mr Stoltenberg said that while Russia’s willingness to come to the negotiating table was a ‘positive signal’, they had to be prepared for the possibility the talks would fail.