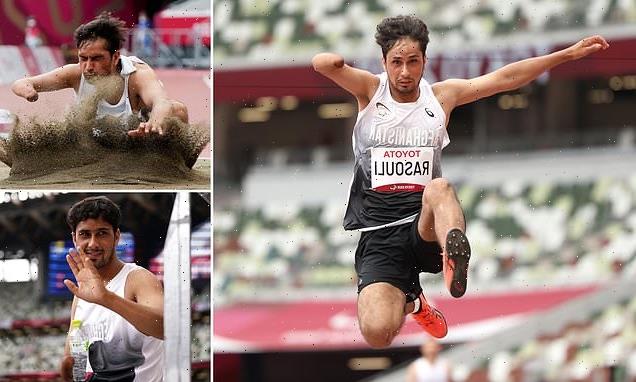 Jumping for joy: Afghan athlete evacuated from Kabul competes in the Tokyo Paralympics long jump after escaping from the Taliban

One of two Afghan athletes evacuated from Kabul has taken part in the Tokyo Olympics.

Primarily a sprinter Hossain Rasouli, 26, made his debut on Tuesday in the long jump T47 class, after arriving too late to compete in his 100m event.

He finished last in the 13-man competition but recorded a personal best of 4m 46cm in a performance that was cheered by competing athletes and delegates.

The sprinter, who had his left hand amputated after being wounded by a landmine, declined an offer to take part in the 400m, suggesting long jump instead.

Rasouli arrived in Tokyo with teammate Zakia Khudadadi on Sunday after the pair were evacuated from Kabul in an emergency operation.

They had been among the thousands of Afghans unable to leave the country after the Taliban recaptured the capital, Kabul, on August 15. 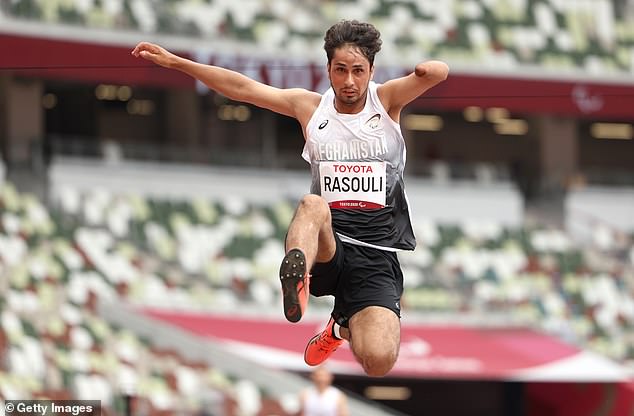 Hossain Rasouli (pictured), one of two Afghan athletes evacuated from Kabul has taken part in the Tokyo Olympics 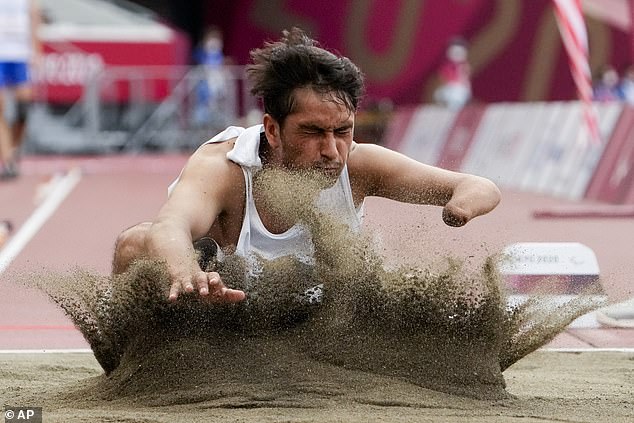 Primarily a sprinter, the 26-year-old made his debut on Tuesday in the long jump T47 class, after arriving too late to compete in his 100m event 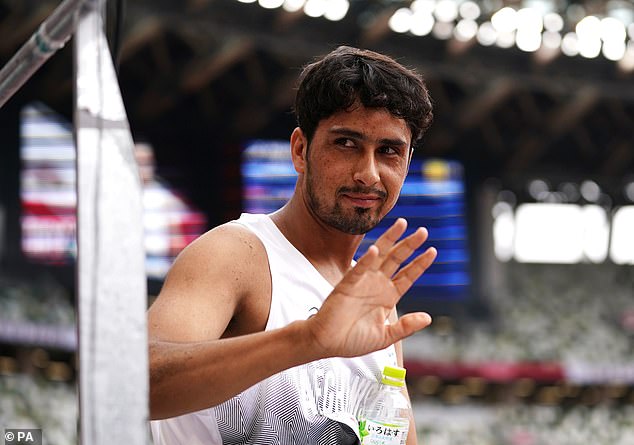 Roderick Townsend, a U.S. athlete who won silver in the long jump said he did not know Rasouli would be competing until he saw an extra name on the starting list.

‘I saw his name on there. With everything going on right now I couldn’t help but to feel joy for him,’ the BBC reported Townsend as saying.

‘We get so caught up in our personal lives, and I am here complaining about a silver medal and [yet] we have somebody making their way across the world to be able to do something we all love to do.

‘That says so much about what the Paralympic Games really means and what it stands for.’ 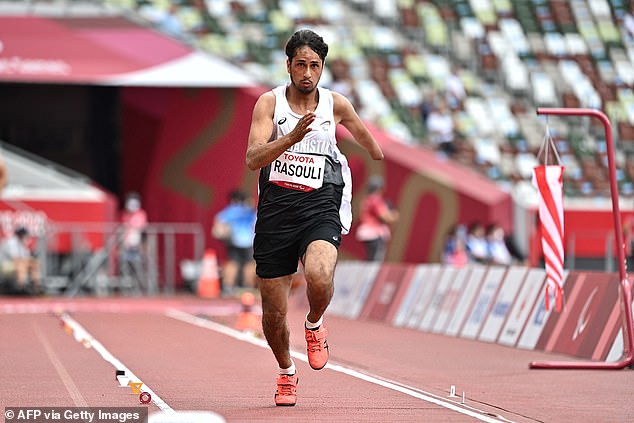 The sprinter, who had his left hand amputated after being wounded by a landmine, declined an offer to take part in the 400m, suggesting long jump instead

Since arriving in Tokyo, Rasouli and Khudadadi have been sequestered in the Paralympic Village for privacy and security reasons and have declined to speak to the media.

Khudadadi is set to become the first female Afghan athlete to compete in the Paralympics since 2004 when she challenges in the women’s 44-49-kilogram weight category in taekwondo on Thursday.

The Afghan athletes were met in Tokyo at the Paralympic Village on the weekend by IPC president Andrew Parsons.

Their arrival came less than two weeks after the IPC was informed the Afghan team could not travel to Tokyo, a move, Parsons said, ‘that broke the hearts of all involved in the Paralympic movement and left both athletes devastated.’

Parsons said that announcement started a ‘major global operation that led to their safe evacuation from Afghanistan’ and arrival in Japan via France and the UAE, with help from ParalympicsGB. 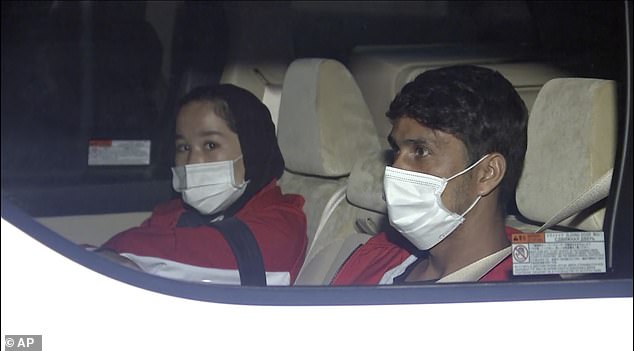 The athletes were able to enter Kabul airport with the help of the Australian military using a shared GPS position to guide them in remotely, Alison Battisson, founder of Human Rights for All, who was involved in the process told The New York Times.

Rasouli and Khudadadi were told to bring bright scarves to identify themselves to troops once inside. They were also instructed to hide their papers, money in a bright scarf in their underwear.

‘Then when you pass through Taliban checkpoints, bring out your scarf and wave it like crazy,’ Battisson said.

The athletes were successfully identified and able to board a plane to Dubai, from where they travelled onto Paris. After several days at the National Institute of Sport, Expertise and Performance in Paris, Rasouli and Khudadadi travelled to Tokyo. 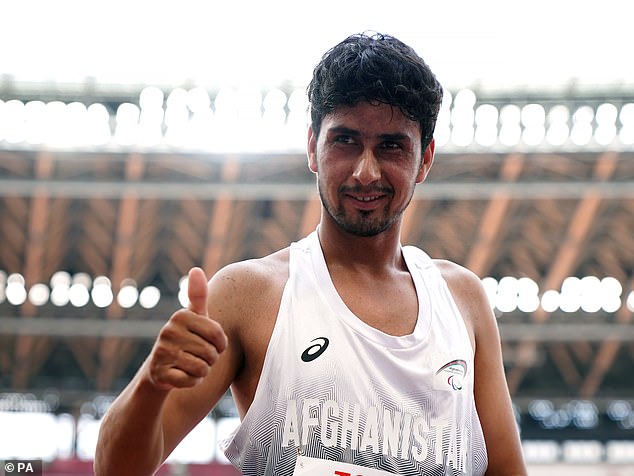