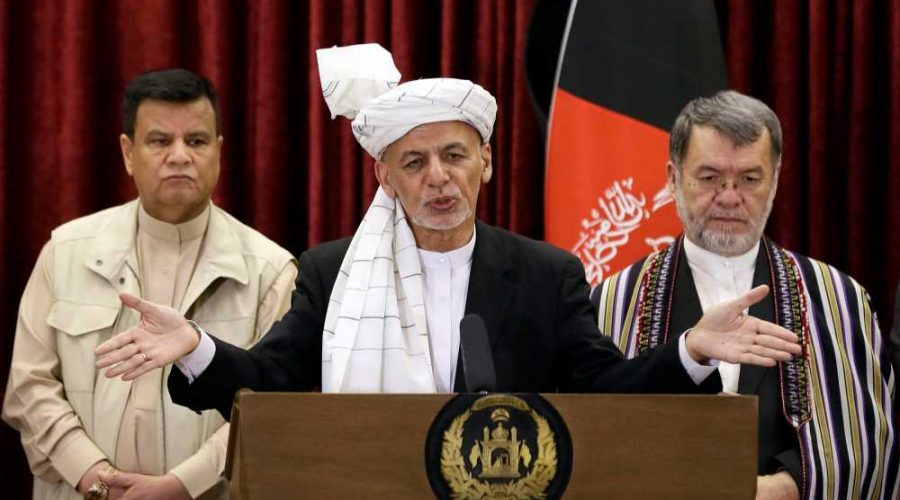 US has withdrawn over half of its forces from Afghanistan

Afghanistan’s president will visit the White House on Friday to discuss the withdrawal of US troops in September with President Biden, as ​fighting continues between Afghan forces and Taliban militants.

​Biden will host Afghan President Ashraf Ghani and the chairman of the High Council for National Reconciliation, Abdullah Abdullah,​ for talks on how the US will continue to provide support for the Afghan people, including diplomatic, economic and humanitarian assistance, the White House said in a statement on Sunday.

“​The visit by President Ghani and Dr. Abdullah will highlight the enduring partnership between the United States and Afghanistan as the military drawdown continues​,” the statement said.

“The United States will remain deeply engaged with the Government of Afghanistan to ensure the country never again becomes a safe haven for terrorist groups who pose a threat to the U.S. homeland,” it continued.

Biden announced in April that he would pull out the remainder of the US troops in Afghanistan on the 20th anniversary of the 9/11 terror attacks, ending America’s “forever war.”

Since that announcement, the Taliban has ramped up its military presence in the country and continued to seize territory from Afghan troops even as the terror group engages in peace talks with Afghan officials in Qatar.

Pentagon officials fear Taliban fighters will carry out a bloodbath when the US troops leave, Politico reported.

Afghanistan’s former president, Hamid Karzai, said the US​,​ despite ​its 20-year presence in the war-torn nation, failed to wipe out extremists and restore stability.

“The international community came here 20 years ago with this clear objective of fighting extremism and bringing stability … but extremism is at the highest point today. So they have failed,” ​Karzai told the Associated Press in an interview published Sunday.

“We recognize as Afghans all our failures, but what about the bigger forces and powers who came here for exactly that purpose? Where are they leaving us now? In total disgrace and disaster,” he said.

Karzai, who ruled for 13 years, said Afghans will be “better off” after the US departs.

“I think we should defend our own country and look after our own lives. … Their presence (has given us) what we have now. … We don’t want to continue with this misery and indignity that we are facing. It is better for Afghanistan that they leave​,” he said.

Karzai came to power after the US overthrew the Taliban in 2001 for allowing ​al Qaeda and its leader Osama bin Laden to use Afghanistan as a base while it planned the Sept. 11 attacks.

But his rule was marked by allegations of corruption and his relationship with the US became increasingly strained — a frayed association that continues.

“The (US/NATO military) campaign was not against extremism or terrorism, the campaign was more against Afghan villages and hopes; putting Afghan people in prisons, creating prisons in our own country … and bombing all villages. That was very wrong​,” Karzai said. ​