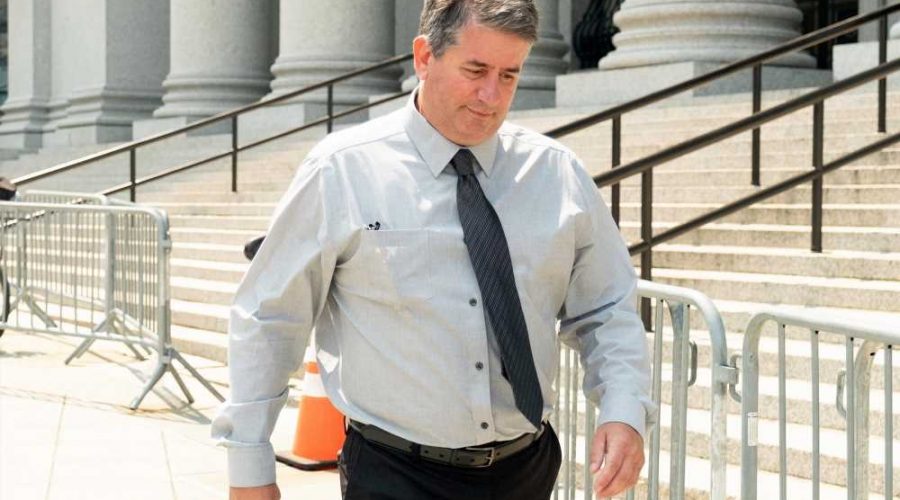 Happily ever ‘graft’er! Married LIRR couple played hooky, covered for each other: IG

Former track foreman John Nugent, 50, admitted that he conspired with other workers to claim tens of thousands of dollars in overtime for hours they didn’t actually work.

“I did so in concert with other employees, who would decide who would stay on the job and who would leave,” Nugent told to Judge Paul Engelmayer in Manhattan federal court.

He agreed to pay a forfeiture of more than $34,000 and more than $109,000 in restitution — and faces a maximum guideline-range sentence of 16 months in prison as part of the plea.

“My client acknowledged that he did wrong and now must make amends,” his attorney, William Wexler, said outside of the courthouse Tuesday.

Nugent was charged with four other LIRR workers in the scam, including “Overtime King” Thomas Caputo.

Caputo, along with another alleged co-conspirator, Joseph Balestra, also intend to plead guilty in the case, according to court filings.

The son of a notorious mafia hitman was also among those charged.

Frank Pizzonia, son of Dominik “Skinny Dom” Pizzonia, has not indicated in court papers if he plans to cop a plea in the case.

The elder Pizzonia is a reputed Gambino crime family captain who was convicted in 2007 for plotting the murders of Bonnie-and-Clyde couple Thomas and Rosemarie Uva in Ozone Park.

Nugent resigned from the LIRR in January.