AMERICA's fleet of eight B-52 nuke bombers lined up on a runway last week before taking off for massive show of strength.

The readiness exercise with B-52H Stratofortress bombers took place on Wednesday, October 14, at Barksdale Air Force Base in Louisiana. 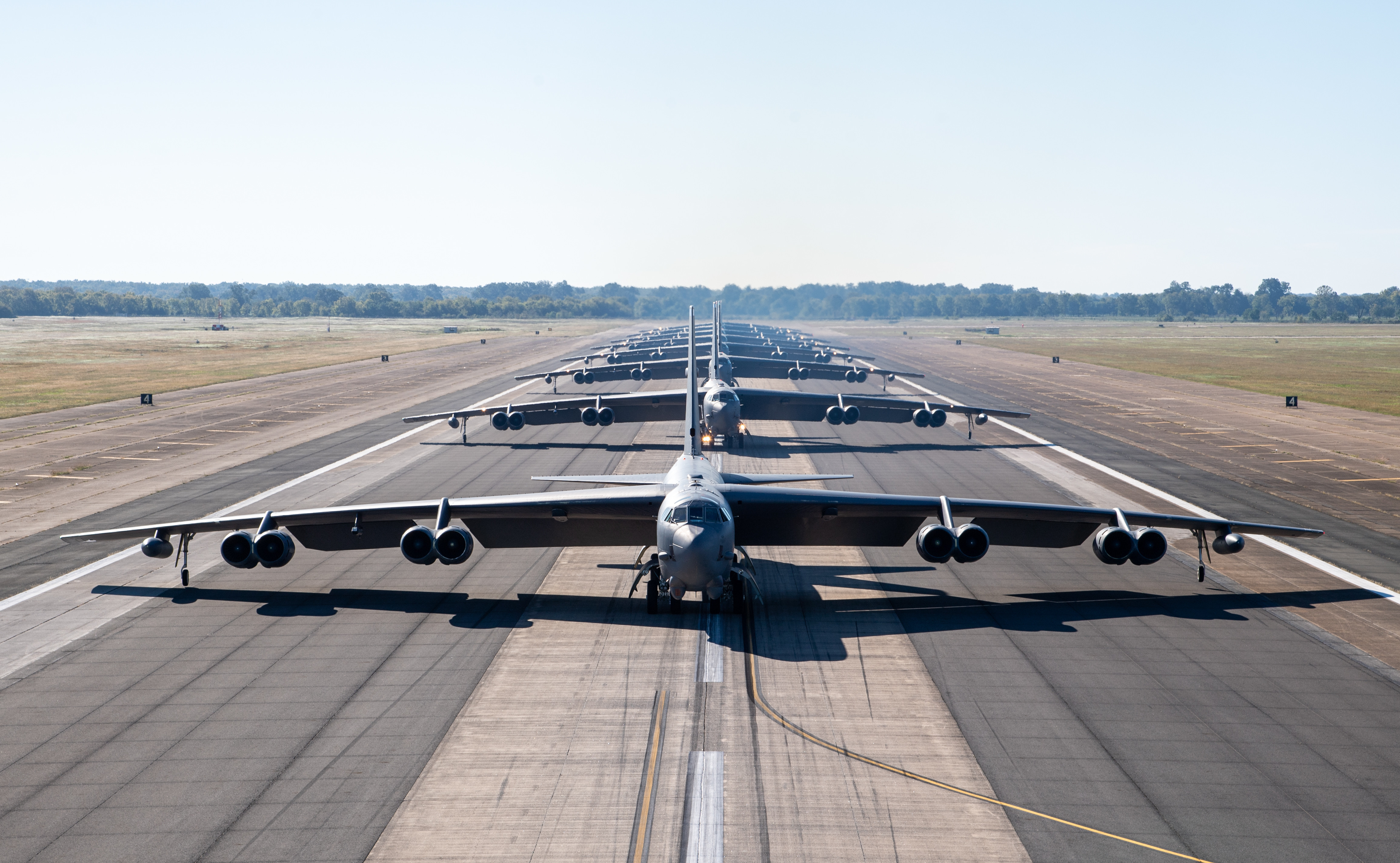 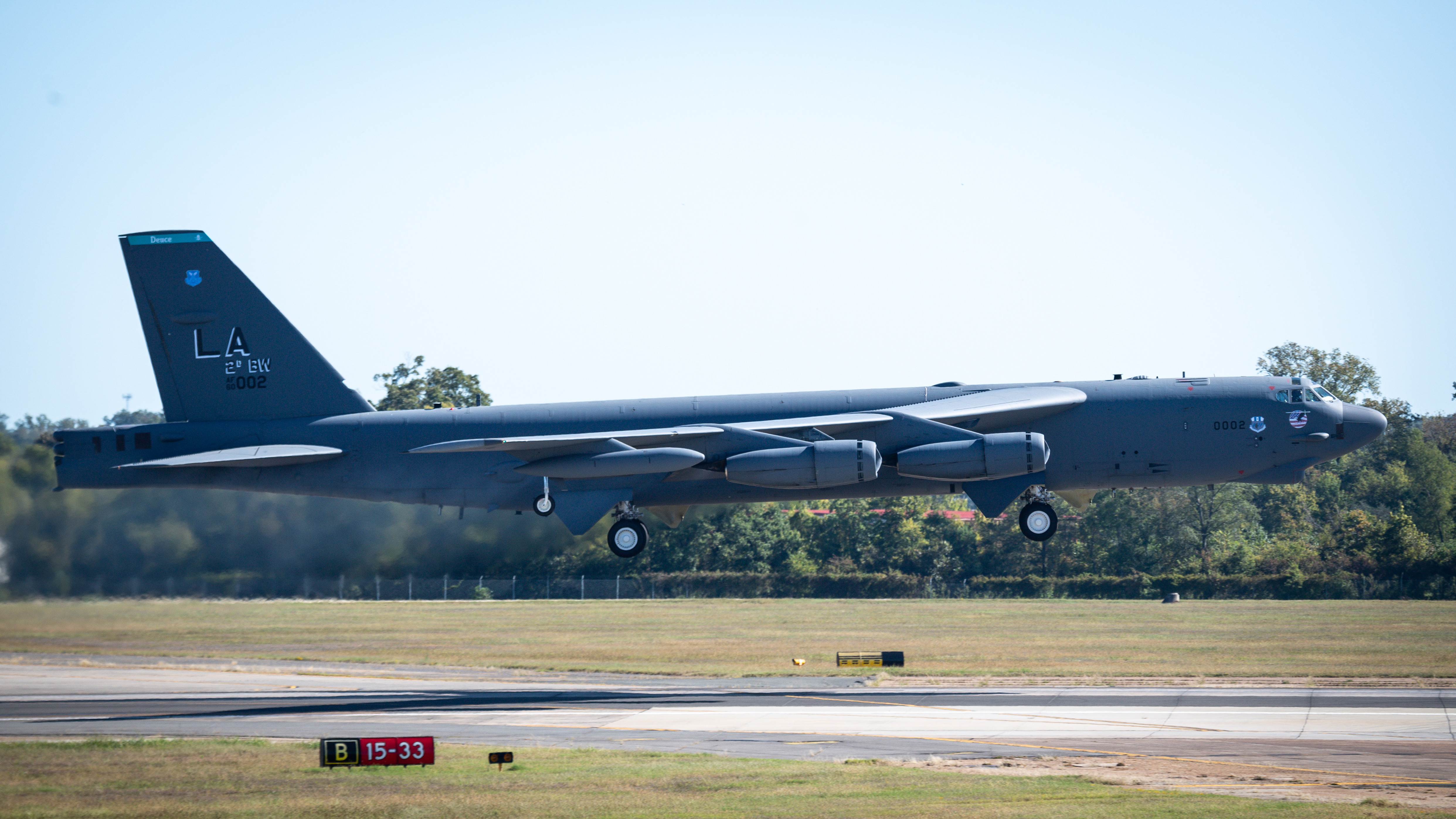 Photographs of the event -which were released by the US Air Force through the Defense Visual Information Distribution Service – showed the bombers preparing for takeoff, according to The Aviationist.

The runway lineup up the B-52H bombers is called an elephant walk – a term for the taxiing of military aircraft before takeoff.

The elephant walk and launch was a part of an "ongoing readiness exercise," Aircraft Spots tweeted. 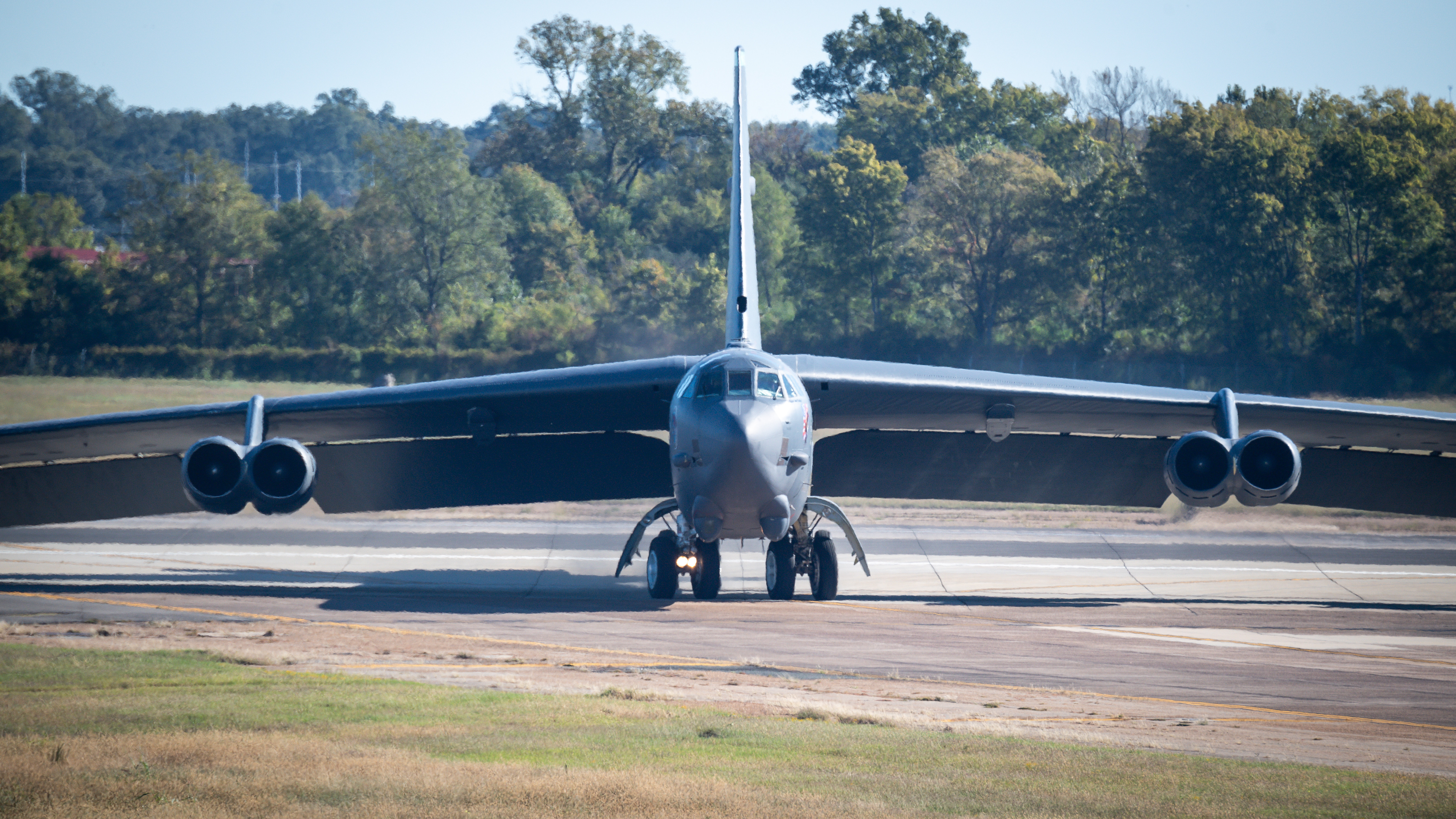 The US Air Force explains: "The B-52H Stratofortress is a long-range, heavy bomber that can perform a variety of missions.

"The bomber is capable of flying at high subsonic speeds at altitudes of up to 50,000 feet.

The exercise was "conducted to ensure the 2nd Bomb Wing is able to provide the nation with winning combat power," the Air Force said. 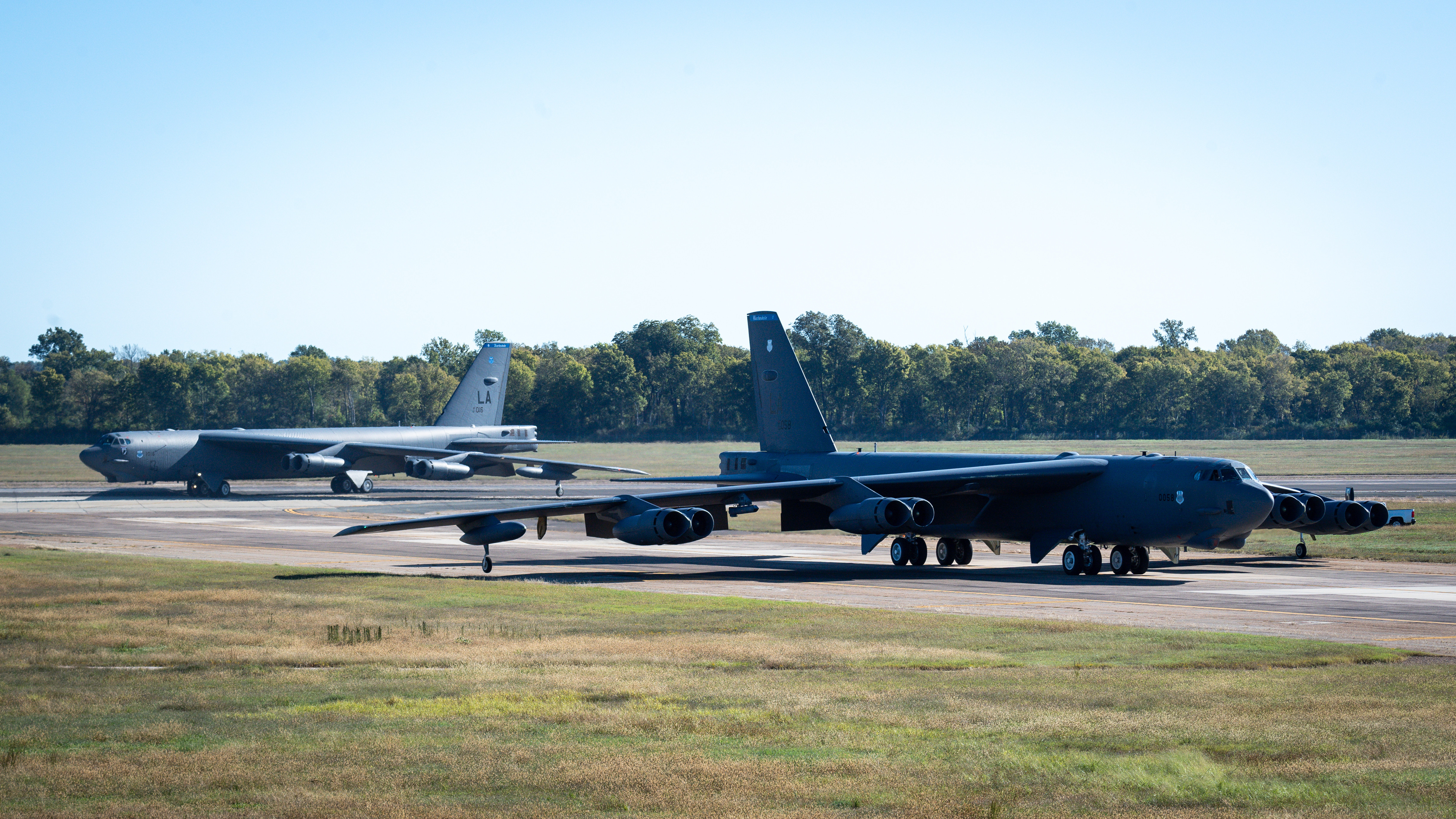 Minimal details about the operation have been released by the Air Force.

It comes about a month after the Barksdale Air Force base followed through with a similar exercise from September 21 to September 25.

He added: “Similar to exercising your muscles, exercising the wing and tenant units strengthens the readiness of the force.” 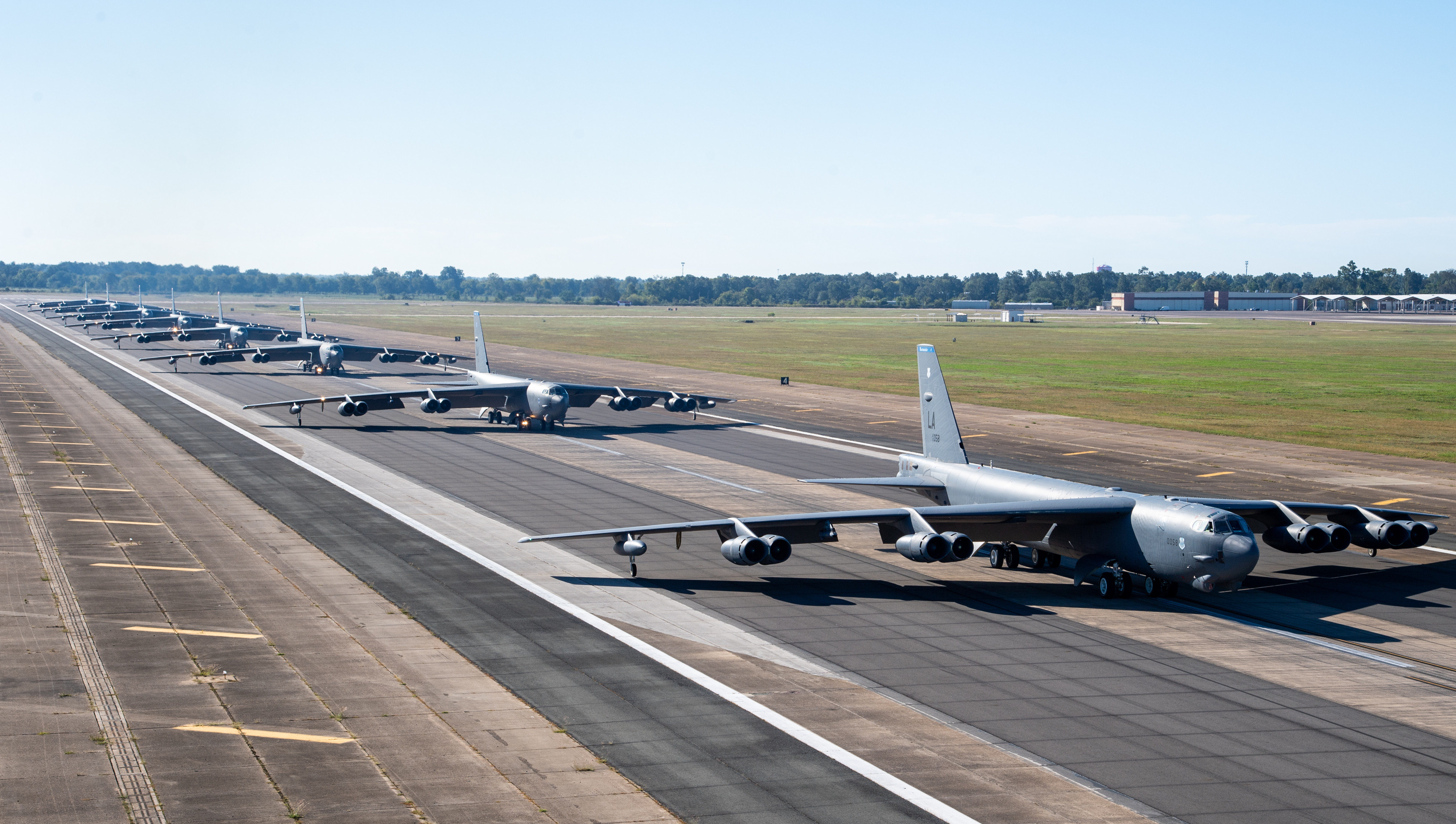 Meanwhile, the US Air Force recently announced that B-52’s from the 5th Bomb Wing at Minot Air Force Base, North Dakota and operating out of RAF Fairford have been taking part in operations over the Black Sea.

The mission was designed to train United States forces to operate and communicate while integrating with joint, NATO and partner nations.

The B-52 is capable of carrying 20 nuclear cruise missiles and has been on the front line of America's defence arsenal since the mid-50s.

So iconic were the B-52s that they became synonymous with the Cold War and were deployed in the Vietnam war.

The bombers also served in the Gulf Wars as well as Afghanistan and were used to wipe out ISIS fighters in Iraq.

They even went on to become an inspiration for an American rock band of the same name.