Anger as £100,000 revamp of play park leaves it ‘worse than before’ after council removes seesaw, roundabout, climbing frame, swings and monkey bars

Fuming residents have blasted council chiefs for splashing out a staggering £100,000 on a playground ‘revamp’ which they say left it ‘worse than before.’

The play area had previously featured a seesaw, roundabout, climbing frame, adult and kids swings, monkey bars and other facilities.

But after the revamp the playground in Southend-on-Sea, Essex, was left with just a new set of swings, seesaw, cone climber and a multi-play unit.

Residents complained that the park was left virtually empty with nothing for kids to do. 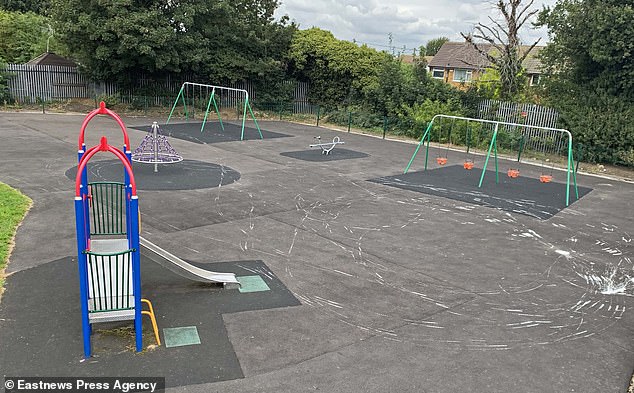 After the revamp the playground in Southend-on-Sea was left with just a new set of swings, seesaw, cone climber and a multi-play unit

The play area had previously featured a seesaw, roundabout, climbing frame, adult and kids swings, monkey bars and other facilities (pictured before the revamp)

Karine Whitehood, 36, who lives opposite the playground, said: ‘The old playground was old and tatty, but people enjoyed it.

‘Before it had everything in it, but now there’s nothing.

‘I grew up in that park and it was a bit rundown and the old equipment had been there since I was a kid, but the new park is even worse.

‘There’s not a lot in there and there’s nothing for my kids to enjoy.’

Mother-of-five, Mrs Whitehood said that her children said it was so boring they went to St Laurence park nearby instead. 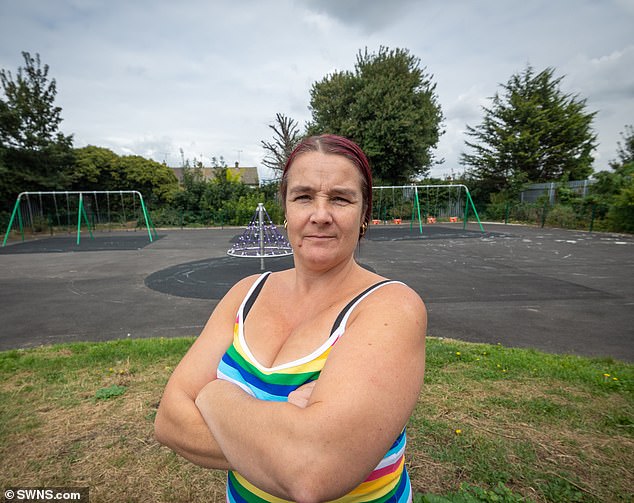 Mother-of-four, Rebecca Swain (pictured in the play area), is also disappointed with the new revamp. She said: ‘It was better before. The equipment might have been a bit dated, but at least there was more of it’

‘While St Laurence is more enjoyable for the kids, it’s a bit far and I can’t watch them from the house so I don’t like them going there all that much.

She said: ‘There’s nothing my seven-year-old wants to go on. I’m not surprised no children want to play there.

‘My daughter only goes to meet her friends there, but they don’t play because there’s nothing for them to do.’

Just days after its opening the playground was also vandalised.

‘Some kids have poured paint all over the floor and ridden their bikes through it. The council won’t even clear it up.’

As the park also had an extensive badger problem, residents believe that the budget was spent on dealing with them, rather than on the playground itself.

Mrs Jarvis said: ‘The council told us that the money for the equipment had to be spent on dealing with the badgers instead.

‘But before that they said they had already bought all of the equipment and were waiting to sort out the badger problem.

‘Where’s all that equipment they mentioned? 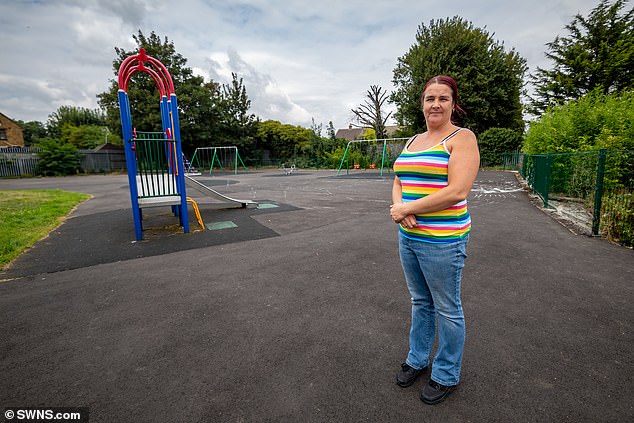 Mother-of-four Rebecca Swain stands in the play area in Southend, Essex, that reopened after a £100,000 redevelopment with only limited play equipment and large empty space 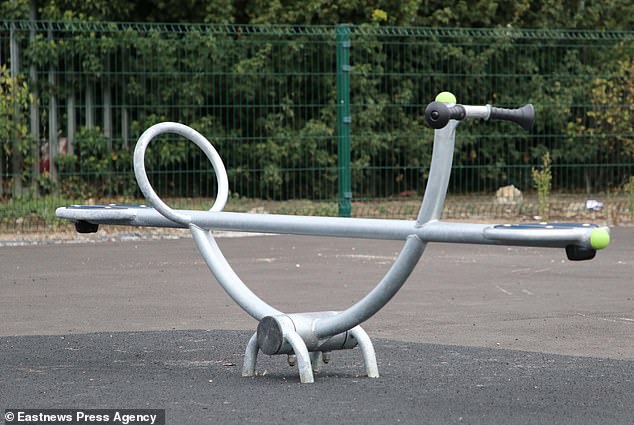 Southend-On-Sea Borough council said that as the park is in a small neighbourhood playground, by its nature it will have less equipment than the larger parks in the borough

‘Surely they can’t have meant what they’ve put in there now, there’s less stuff than there was before.’

She said: ‘It was better before. The equipment might have been a bit dated, but at least there was more of it. Now it just looks empty.’

Southend-On-Sea Borough council said that as the park is in a small neighbourhood playground, by its nature it will have less equipment than the larger parks in the borough.

Councillor Carole Mulroney, who oversees environment and planning, said: ‘The council invested £100,000 to redevelop the park, however a considerable amount of this was spent on addressing issues associated with a badger sett in the area.

‘This included environmental reports, obtaining a licence from Natural England and installing an underground barrier on three sides of the playground.

‘In addition to the new equipment, one multi-play unit was retained.

‘All of the new equipment has new safer surfacing under it also.

‘The equipment has a requirement to have what is termed ‘free space’ around it and, this can make the play area appear to be quite open.

‘We will continue to monitor further funding opportunities to evaluate whether or not we can potentially add further equipment to the park at a later date.’

Ward Councillor Daniel Cowan, who met with residents on Friday said in a Facebook post: ‘Residents are concerned about the lack of equipment in general and age-appropriate equipment available in the play area, especially after a significant investment was made to secure the ground against badger sett expansion.

‘I’m thankful that officers agree with the residents and me, and will be seeking further equipment when budgets allow and I hope that residents are consulted on the type of equipment.

‘I’m making enquiries as to what temporary improvements can be made for seating and in landscaping whilst we secure new funding.’