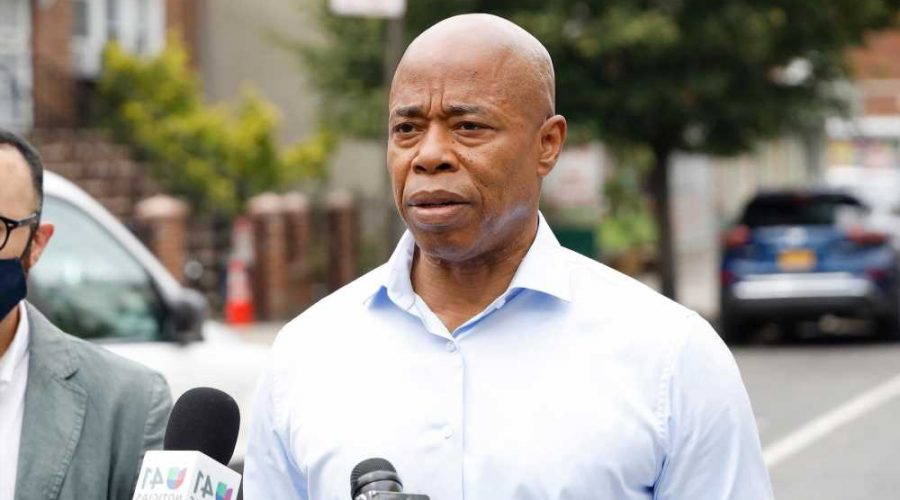 Eric Adams doubles down on far-left criticism: ‘This is not a socialist country’

Mayoral candidate Eric Adams — who says he’s running against the far-left socialist “movement” led by Rep. Alexandria Ocasio-Cortez in New York — will actually face off against a socialist foe in the general election.

Queens public-school teacher Cathy Rojas, a daughter of Colombian immigrants, has now officially qualified to run for mayor under the far-left “Party for Socialism and Liberation” banner.

Rojas gathered more than 3,750 valid signatures through independent petitioning to run in Nov. 2’s general election, said a Board of Election rep.

As The Post previously exclusively reported, Adams — the city’s all-but-certain next mayor — told donors at a Queens fundraiser last week, “I’m no longer running against candidates.

“I’m running against a movement. All across the country, the DSA [Democratic Socialists of America] socialists are mobilizing to stop Eric Adams.

“They realize that if I’m successful, we’re going to start the process of regaining control of our cities,” Adams said, according to a video of his speech.

Rojas linked to The Post story on Adams’ remarks on her Twitter feed, adding in a statement, “That’s right, @ericadamsfornyc. The socialist movement is bigger than 1 candidate. The majority of youth agree w/ socialism & that’s what establishment politicians are afraid of.”

Adams opposes the DSA agenda, particularly its push to defund the police and demonize the rich.

The outgoing Brooklyn borough president later met with the New York congressional delegation, including AOC. He said afterward that he was running against DSA “philosophies,” not Rep. Ocasio-Cortez, the most prominent DSA-backed elected official in New York. He noted that he did not mention AOC in his fundraiser speech.

But Adams also separately doubled-down on his anti-socialism comments, emphasizing that “this is not a socialist country” during an interview Friday on HBO’s “Real Time with Bill Mayer.”

Rojas appears to be running independently of the NYC-Democratic Socialists of America chapter, the group Adams has targeted as an obstacle to his law-and-order agenda. The DSA has not endorsed a candidate in the mayor’s race.

The Party for Socialism and Liberation, a left-wing group founded in 2004 and embraced by Rojas, has a pro-communist bent. So does Rojas, who has praised the authoritarian, communist government of Cuba.

Rojas supports taxing the rich and defunding the police, cancelling all rents and mortgages, ending “mass incarceration and cash bail”, providing full rights for “all immigrants” including those who came here illegally, and standing with “all oppressed people fighting against colonialism, imperialism and state repression,” she says in a statement on her campaign Web site.

“Socialism would put the working class and all oppressed people in charge. We would discuss everything and make decisions without interference from Wall St. and the billionaires,” Rojas writes. “Health care is too important to be left to the profit mongers. It needs to be free and readily available. The job of a socialist government is to meet the needs of the people.

“Our campaign is to empower and embolden the working class to build an alternative to the elitist two party system that offers no solutions and no future for the vast majority of people. That is the essence of our campaign.”