Hong Kong: Jimmy Lai, a publishing tycoon and a prominent critic of the Chinese Communist Party, has been charged with colluding with foreign forces, under the new national security law imposed by Beijing, the police said on Friday.

Lai is the most high-profile person to be formally charged under the security law. The move comes as Beijing intensifies its efforts to smother the city's faltering pro-democracy movement. If convicted, he could face up to life in prison.

Lai, 73, was arrested in August on suspicion of violating the sweeping security law imposed on Hong Kong in June. The police also raided the headquarters of Lai's newspaper, Apple Daily, one of the last remaining anti-Beijing publications in the city. 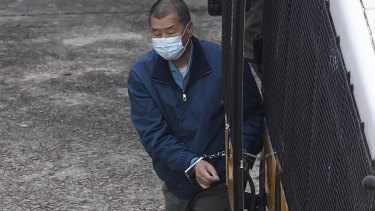 Lai has pushed other countries to punish China for its erosion of freedoms in Hong Kong. He travelled to the United States last year to meet officials including Vice-President Mike Pence, Secretary of State Mike Pompeo and House Speaker Nancy Pelosi. And he has called for sanctions on Chinese officials.

It is not clear what the police say he did specifically to violate the security law. As written, the law is not supposed to be retroactive. Since it was imposed, Lai has said that he would be more careful about his words. 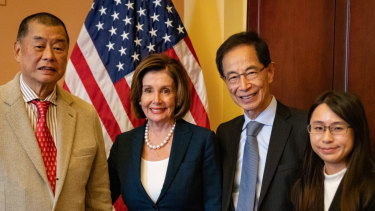 More than two dozen others have been arrested under the measure. Tony Chung, 19, an activist who was also charged under the law, was convicted on Friday of desecrating the Chinese national flag and participating in an unlawful assembly last year. A separate trial on charges under the national security law trial is pending.

Lai was already in jail after being denied bail on unrelated fraud charges, a decision he is appealing. But because of the charge under the national security law, which grants authorities sweeping powers to hold defendants without bail, it is unlikely that he will win release.

The law also shifts the legal landscape for Lai. Defendants can be tried in mainland China, where the legal system is significantly more opaque than in Hong Kong.

Even if Lai is tried in Hong Kong, the security law empowers the city's chief executive, who is selected by Beijing, to appoint special judges, and the trial can be held behind closed doors.

Lai is scheduled to appear in court on Saturday, the police said.