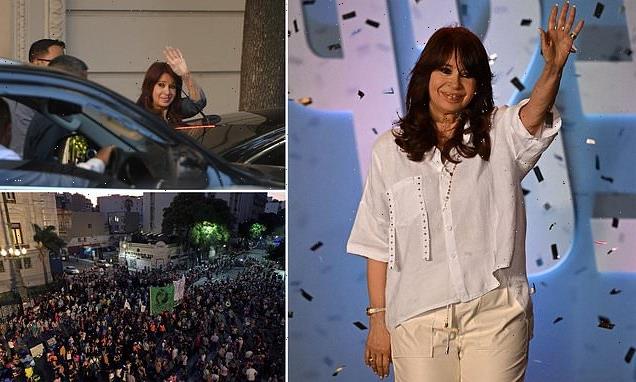 Argentina’s vice president Cristina Fernandez de Kirchner has been jailed for six years after embezzled $1billion US dollars through public works projects during her presidency.

Fernandez, 69, has also been given a lifetime ban from holding public office for the fraud scheme – becoming the first person to convicted of a crime while in office.

A three-judge panel found the Peronist leader guilty of fraud, but rejected a charge of running a criminal organisation, for which the sentence could have been up to 12 years’ imprisonment.

The sentence is not firm until appeals are decided, a process that could take years. 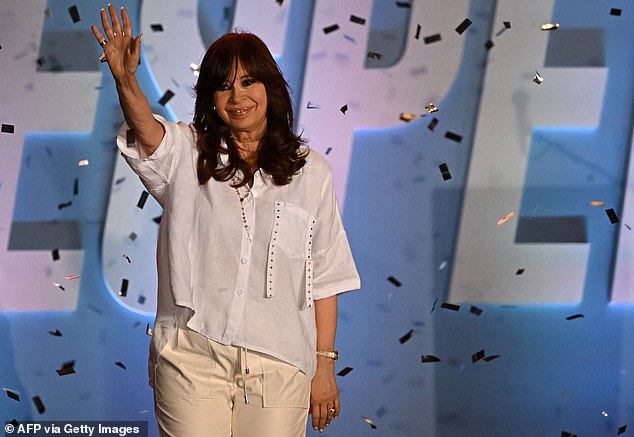 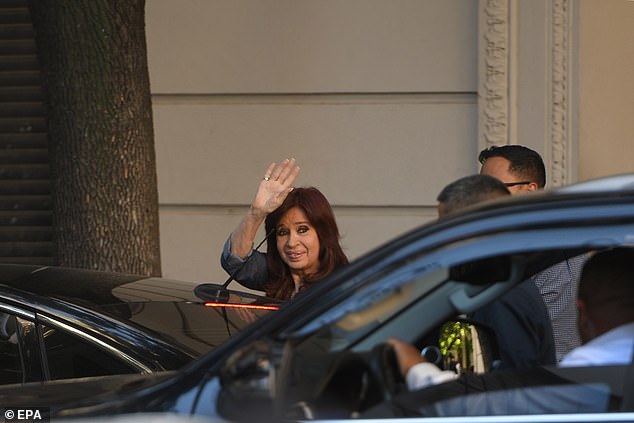 Fernandez de Kirchner, waves as she leaves her house prior to the verdict on the case against her 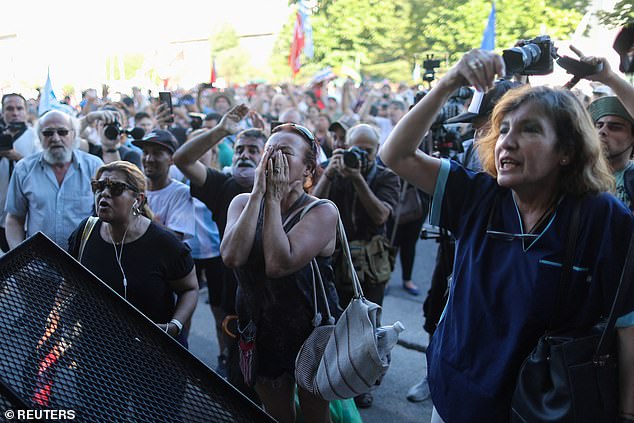 She remains immune from arrest meanwhile, as long as she can keep getting elected.

Speaking after the verdict, she described herself as the victim of a ‘judicial mafia’.

Protesters clogged the centre of the country’s capital Buenos Aires earlier today and marched on the federal court building while beating drums and shouting as they pressed against police barriers.

Fernandez has roundly denied all the accusations.

Argentina’s dominant leader this century, she was accused of improperly granting public works contracts to a construction magnate closely tied to her family.

Prosecutors argue that Fernandez fraudulently directed 51 public works projects to Lazaro Baez, a construction magnate and early ally of her and her husband Nestor Kirchner, who served as president from 2003 to 2007 before his sudden death in 2010.

Baez and members of Fernandez’s 2007-2015 presidential administration were among a dozen others accused in the conspiracy.

The panel sentenced Baez and the former president’s public works secretary, Jose Lopez, to six years. Most of the others got lesser sentences. 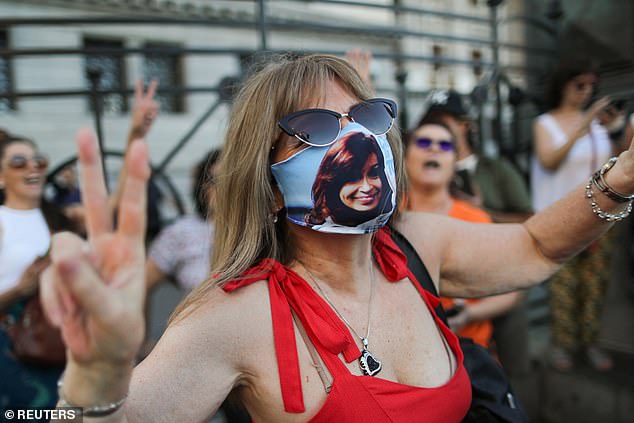 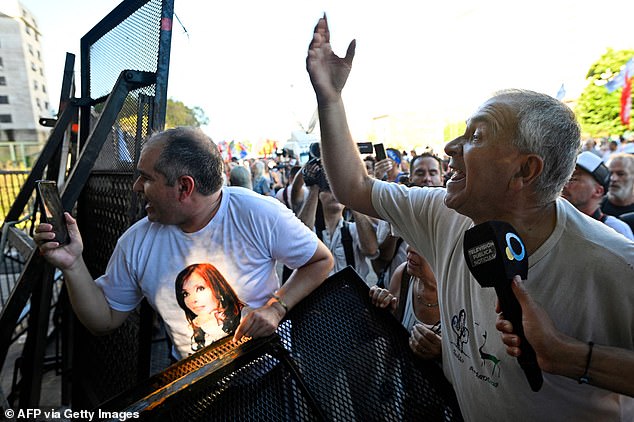 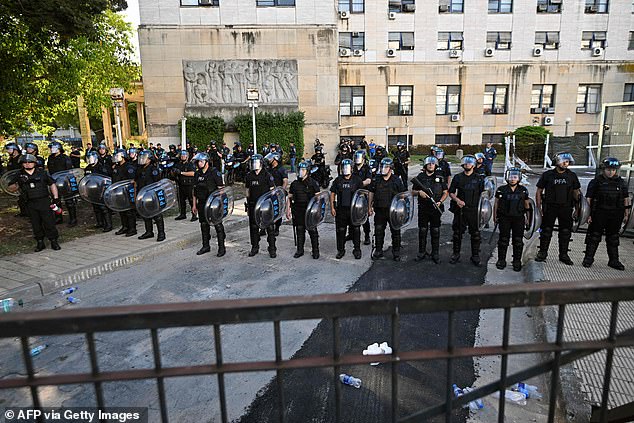 Prosecutors Diego Luciani and Sergio Mola say the Baez company was created to embezzle revenues through improper bid projects that suffered from cost overruns and, in many cases, were never completed.

The company disappeared after the Kirchners’ 12 years in power, they said.

In Argentina, judges in such cases customarily pronounce verdicts and sentences first before later explaining how they reached their decision later.

But given the public pressure in this case, they could offer some details before the panel’s full decision is read out loud in February.

After that, the verdict can be appealed up to the Supreme Court, a process that could take years.