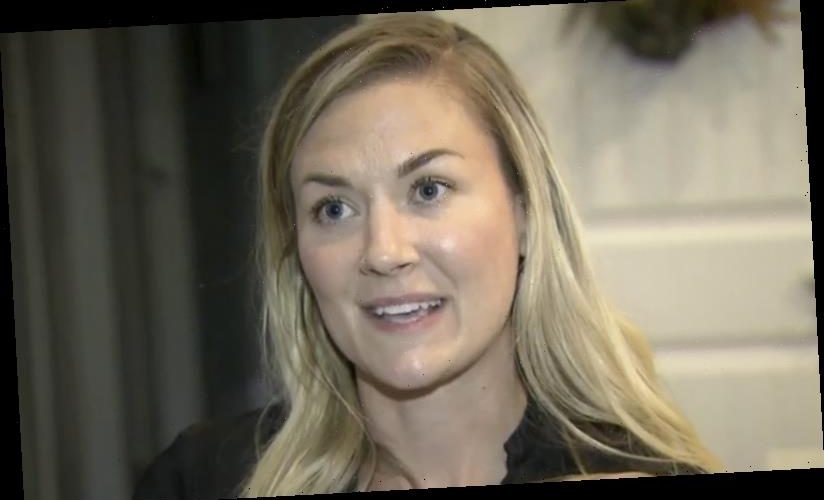 A psychological operations officer at Fort Bragg is under investigation by the Army after leading a group of 100 Trump supporters from North Carolina to Washington, D.C., last week on the same day rioters stormed the U.S. Capitol building, interrupting the official certification of Electoral College votes.

Capt. Emily Rainey, 30, had already resigned from her commission before traveling to D.C. last week, CBS News first reported Monday. Though, the resignation process takes time, and she was therefore still on active-duty Wednesday. She reportedly offered her resignation after receiving a career-ending letter of reprimand regarding her involvement in a different protest in the Fort Bragg-area last year.

Commanders at Fort Bragg are reviewing Rainey’s involvement in last week’s events in the nation’s capital, but she said she acted within military regulations and that no one in her group broke the law.

“I was a private citizen and doing everything right and within my rights,” Rainey told the Associated Press Sunday. She did not immediately return Fox News’ requests for comment Monday.

Rainey told the AP that she led 100 members of Moore County Citizens for Freedom, which describes itself online as a nonpartisan network promoting conservative values, to Washington to “stand against election fraud” and support President Trump. She said the group attended the Save America Rally near the Ellipse by the White House, but she wasn’t aware that anyone in her group had entered the Capitol. She said they were headed back to their buses hours before an emergency curfew took effect.

The Army is also looking into whether soldiers stationed at Fort Bragg accompanied Rainey to D.C.

Rainey is assigned to the 4th Psychological Operations Group at Fort Bragg, according to Maj. Daniel Lessard, a spokesman for 1st Special Forces Command. Known as PSYOPS, the group uses information and misinformation to shape the emotions, decision-making and actions of American adversaries. 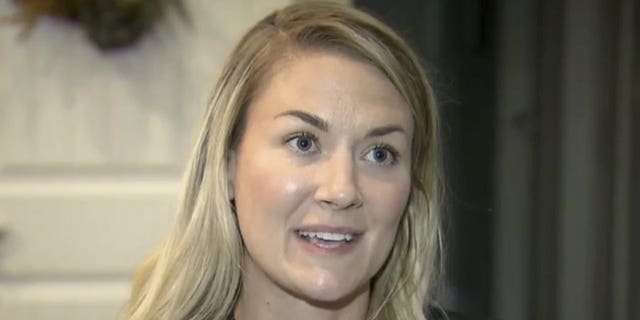 In this image taken from video provided by WRAL-TV, Capt. Emily Rainey speaks during an interview with WRAL-TV, in Southern Pines, N.C., in May 2020. The Army is investigating Rainey, a psychological operations officer, who led a group of people from North Carolina to the rally in Washington that led to the deadly riot in the U.S. Capitol by supporters of President Donald Trump.
(Courtesy of WRAL-TV via AP)

Rainey first made headlines back in May after she posted a video online of her pulling down caution tape at a playground that was closed under North Carolina’s COVID-19 restrictions.

Police in Southern Pines, a community about 30 miles (48 kilometers) west of Fort Bragg, charged her with injury to personal property over the incident. The police told WRAL-TV that they let her off with warnings twice before after she tore down the tape closing off the playground.

In Washington on Wednesday, insurrectionists took over the House and Senate chambers, smashed windows and waved Trump, American, and Confederate flags. The riot followed a rally where Trump repeated claims that the election had been rigged against him and said he and his supporters are going to have to “fight much harder” to protect democracy.

So far, at least 90 people have been arrested on charges ranging from misdemeanor curfew violations to felonies related to assaults on police officers, possessing illegal weapons and making death threats against House Speaker Nancy Pelosi, D-Calif.

Rainey said her group and most people who traveled to Washington “are peace-loving, law-abiding people who were doing nothing but demonstrating our First Amendment rights.”

Rainey said she attended the Trump rally while on leave and didn’t advertise that she was an Army officer. She said Sunday that her commanders had not inquired about her time in Washington, but she did not immediately respond to a subsequent inquiry about the Army’s investigation.

“I told my bosses before I went that I was going, and I told them when I got back,” she said.

Members of the U.S. military are permitted to take part in political organizations and events out of uniform. However, there are caveats. The Department of Defense directive prohibits active-duty service members from sponsoring partisan organizations. It is unclear if Rainey’s participation with her group on Wednesday went against DOD policy.

Moore County Citizens for Freedom shared a video on Facebook Thursday captioned, “This is what a peaceful protest looks like. They should pray we stay that way.”

The video showed a group of people, many holding American flags and pro-Trump T-shirts, standing in front of the Dobbs Building, which houses the North Carolina Utilities Commission, in Washington, with their hands on their hearts singing “The Star-Spangled Banner.”