Around 100 firefighters are tackling a huge warehouse blaze in north London which is belching a massive cloud of black smoke into the skies above the city visible from as far away as Hertfordshire.

The London Fire Brigade said it was called to the unit in Tottenham at 12.10am, and there are now 15 ambulances at the scene.

The whole of one single-storey warehouse is alight. 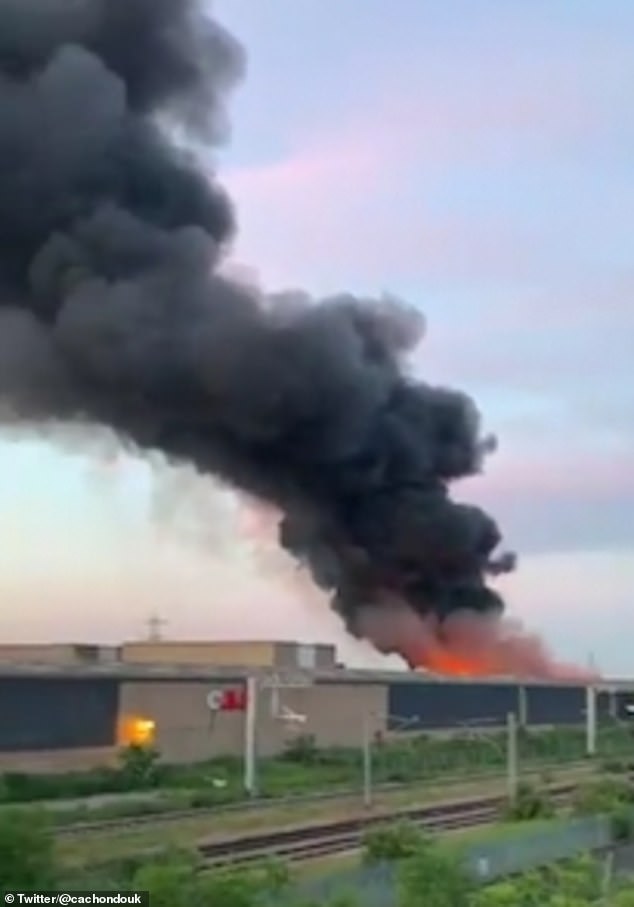 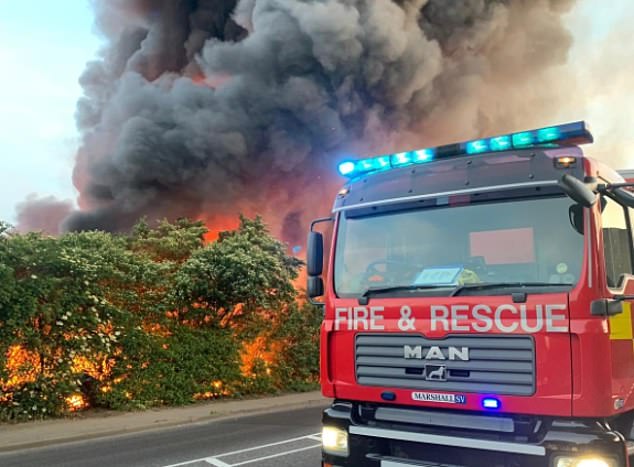 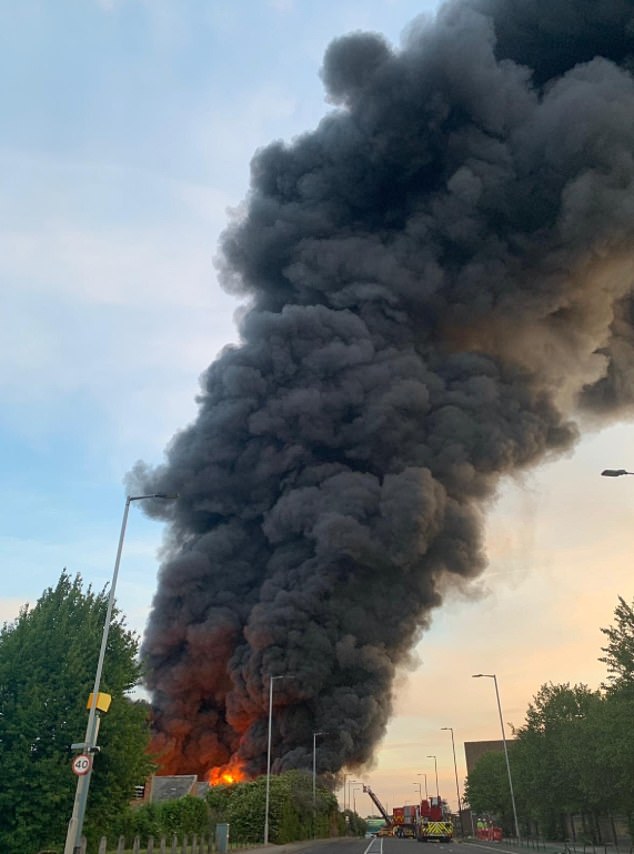 Station manager Mike Cotton, who is at the scene, said: ‘Firefighters are working hard to bring the blaze on the industrial estate under control.

‘The fire is not affecting any residential properties.’ 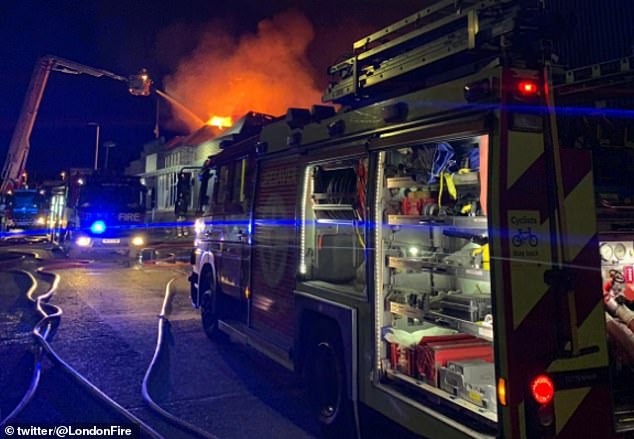 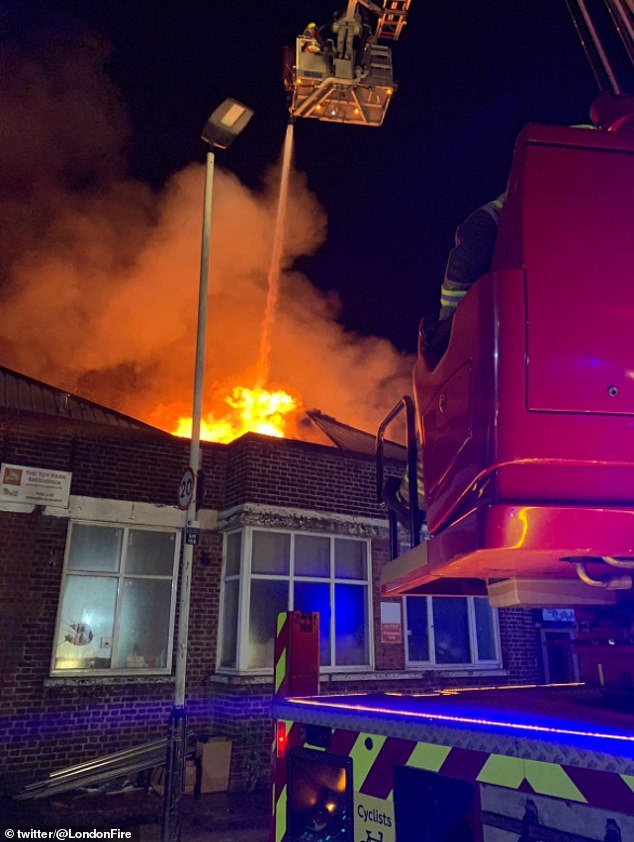