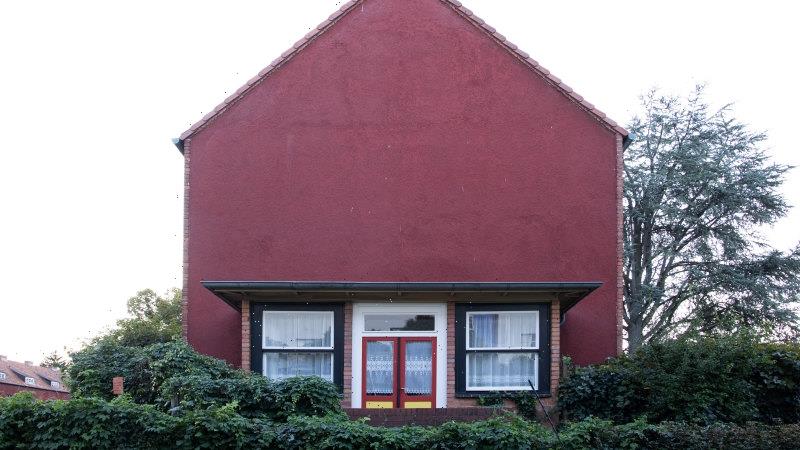 Berlin: During Europe’s deep COVID recession, millions of jobs were lost, incomes and livelihoods were destroyed and many feared for their financial future. Housing took a different path.

A boom in property prices widened the gulf between the haves and have-nots, fed anger about housing inequality and accusations that property markets are broken, dysfunctional, unfair. While some have benefited from rising values, many are facing high rents, substandard buildings, or soaring prices that keep home ownership out of reach. 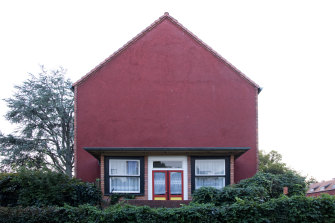 A house on the Horseshoe housing estate in Berlin, Germany. Voters have said the government should take control of apartments from the biggest landlords to protect affordable housing. Credit:Bloomberg

In Berlin last week, the frustration went up a notch. Voters backed a radical proposal to nationalise big landlords, a bid to get rents under control and fix a housing crisis in the city. “We Berliners aren’t willing anymore to finance the profits of large corporations with our excessive rents,” said Jenny Stupka of the group behind the referendum.

The housing divide is often split along generational lines, with the young locked out of the market. The uneven economic fallout from the coronavirus pandemic further exposed the gap. While well-paid white-collar workers sheltered in their home offices, many of those in lower paid jobs and already struggling lost work and income. At the same time, house prices rose faster than inflation in all 27 European Union countries in 2020, a trend not observed in at least two decades.

Since 2010, prices in the euro area have jumped more than 30 per cent. Rents have risen 15 per cent in the same period, putting additional financial pressure on many. The IMF International Monetary Fund has warned that it’s a “worrying trend” of inequality that’s only getting worse.

Across the continent, stories from wannabe buyers, renters and others capture the frustration. 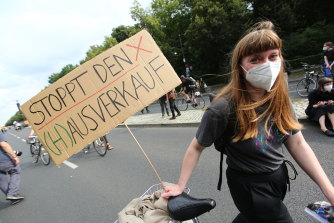 A protester hold a banner reading “Stop the house sales” as people march near the Brandenburg Gate in protest against rising residential rental prices.Credit:Getty Images

In Berlin, the rental market in the once cheap capital was upended earlier this year when Germany’s constitutional court overturned a law that had set a cap. The move sparked protests and also the recent referendum to forcibly buy properties from big landlords. Despite the result, it’s unclear whether the local government will follow through with the plan, which could lead to lengthy legal battles.

Marie Sakellariou, a 35-year-old single mother living in Berlin’s Neukoelln district, is among those directly affected by the end of the rent cap. Originally from Paris, she relocated six years for work. Initially, she says, the move gave her a level of financial freedom she would have never had back home.

But in April, her rent increased €300 overnight. She considered trading her three-bedroom apartment for a smaller one to save, but it wouldn’t have made much of a difference so she stayed.

In Germany, where nearly 50 per cent of households are tenants, an average person spends just over a quarter of their disposable income on housing. Sakellariou spends nearly half on rent now — at the expense of certain foods and her son’s swimming and music classes.

“Capitalism has failed so many of us,” she said. “Even I with a good, middle-income job am struggling, and there are many who are even worse off than me.”

Younger people are particularly vulnerable to precarious living arrangements, often being trapped in poorly remunerated, temporary jobs and less likely than the previous generation to call their home their own.

Greece, where unemployment still tops 15 per cent, is an extreme example, with more than 62 per cent of 25 to 34-year-olds living with their parents.

Those who do move out often have to pinch pennies to survive. Average housing costs are about 40 per cent of disposable income, twice the EU average, and 37 per cent are in arrears on mortgage, rent or utility bills.

Nelly Sotiriou, 36, still lives with her parents near Piraeus, the country’s main port. Health reasons recently forced her to quit a “relatively well-paid” job that earned her as much as €1100 a month. It wasn’t enough though to afford a decent place to live. A home with new windows, nice floors and no mould on the walls would have cost €500-600.

At the moment, Sotiriou is looking for a new job, but ultimately knows that moving out isn’t an option financially, even if living at home comes with its own price.

“I have limited choices when it comes to inviting people over and things I can do in the house,” she said. “But I’d rather stay here, than live alone just to pay for my rent and groceries and not be able to go out or travel.”

On the other side of the continent, Ireland is dealing with its own housing crisis, as well as the long-term scars of its 2008 housing crash.

Home ownership has slumped below 70 per cent from almost 82 per cent at one point during the Celtic Tiger years. A shortage of housing is fuelling a fresh surge in prices, and higher rents mean tenants are spending more of their income, making it hard to save for a downpayment.

Carly Bailey, a local council member in south Dublin, and her husband are renting their home and have little prospect of ever being able to buy again. They got into difficulties repaying a mortgage around 2010 and worked with their lender until it sold their debt to a fund that bought soured loans.

With their mortgage under water, the Bailey’s agreed with their bank to sell their home on the understanding it wouldn’t pursue the couple for the remaining arrears. The fund thought differently, and ultimately Bailey applied for bankruptcy in 2018.

“I would rather have never had the house at all, than to have had a mortgage, have our own home, put so much into it and lose it,” she said.

Analysis by Bloomberg shows that housing markets are exhibiting 2008 style bubble warnings, stoking warnings of financial imbalances and deepening inequality. The bank for international settlements warned in its annual report that house prices had risen more steeply during the pandemic than fundamentals would suggest, increasing the sector’s vulnerability if borrowing costs rise. The European Central Bank will start considering owner-occupied housing costs in assessing inflation in the 19-nation euro zone in a nod that price pressures are on the rise. Its global peers have faced criticism for fuelling housing bubble risks.

Affordability is just one part of the housing story in some countries.

In Romania, one of the poorest countries in the bloc, overcrowding and inadequate heating are just two example of the hardships some people face. Most stunning though is that 14 years after joining the bloc, one in five Romanians still lack a toilet, bath or shower in their home. (Lithuania is next in the ranking with just under 9 per cent.)

Mariana Nastase and her husband Marian have been waiting for years for the sewage system to reach their house in Ulmeni, a village near the Danube river about 60 kilometres south-east of Bucharest. They inherited the place from Marian’s parents when they passed away last year. Without it, they wouldn’t be able to get by.

Together they earn about €800 a month and have two teenage children to support. They’re in arrears with a loan they took out for repairs.

“We have no chance of a better life here. Both my husband and I work every day and we barely manage from one month to the other,” Mariana said. “We considered leaving the country for better salaries but we couldn’t leave our parents and our children behind.”

House prices have risen everywhere in the EU except Spain, Cyprus and Italy since the start of 2010. At 130 per cent, Estonia has recorded the most staggering surge.

Lauri Kool, a 35-year-old communications adviser in Tallinn, is a winner in the real estate game. He grew up in a Khrushchyovka — a low-cost, communist-style housing project that had only cold water, a toilet in the kitchen and 30 square meters for his family of four.

Since then, he’s traded up twice, making a profit of more than 60 per cent this spring before moving into a €176,000, three-bedroom place in an up-and-coming residential neighbourhood close to downtown.

“Every home-buyer has probably thought that the last purchase is the final one — same for me,” he said. But then again — if the neighbourhood develops as planned with restaurants, a park and access to public transport, “then it would be possible to also earn enough money from this sale to consider one more change of homes.”

03/10/2021 World News Comments Off on As house prices soar, Berliners are angry. And so is much of Europe
Lifestyle