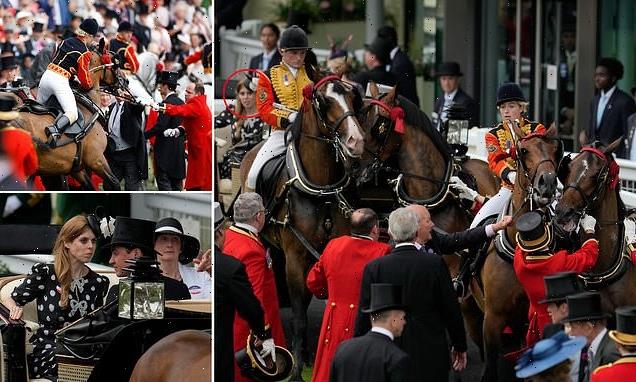 The incident, which took place in front of hundreds of watching spectators, was quickly brought under control by royal escorts.

The watching royal appeared concerned by the drama, before later disembarking the carriage smiling and unharmed.

The 33-year-old was attending the fifth day of the event, which is one of the biggest on the racing calendar, with her husband Edoardo Mapelli Mozzi. 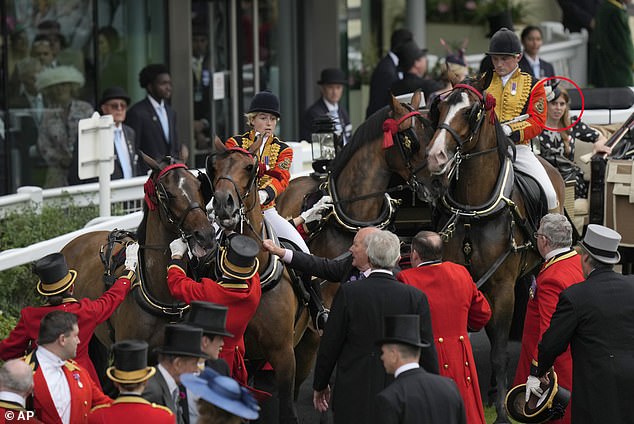 Princess Beatrice, seen in the background of this photo, was in a horse drawn carriage when one of the horses became spooked 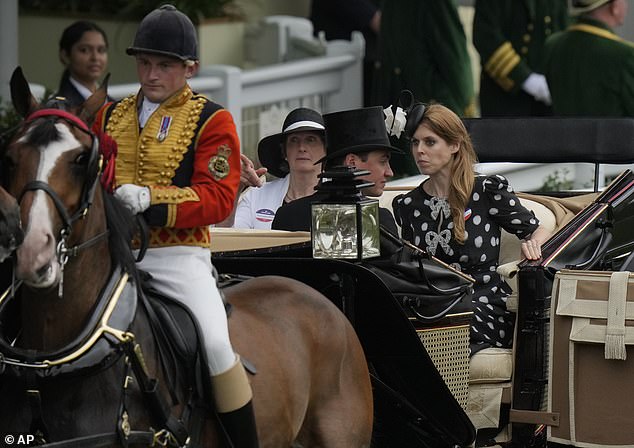 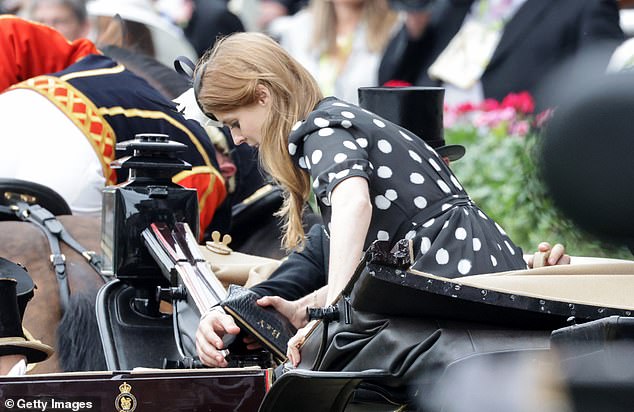 As is tradition, the royal couple arrived in a horse drawn carriage on the fifth and final day of the event.

However, as their procession arrived on of the horses pulling the carriage became spooked.

Royal escorts quickly moved in to control the horse and keep the others calm, while the mother-of-one looked on from behind.

She appeared to get over the shock quickly though, and was soon pictured smiling as she got out of the carriage to enjoy the day’s racing.

She attended the event with her husband Edoardo, who she married in July 17, 2020, in an intimate ceremony at Windsor.

Today’s appearance was just one of several high profile outings the royal has made with her Italian property developer husband in recent weeks.

And the couple certainly made sure they were dressed for the occasion. 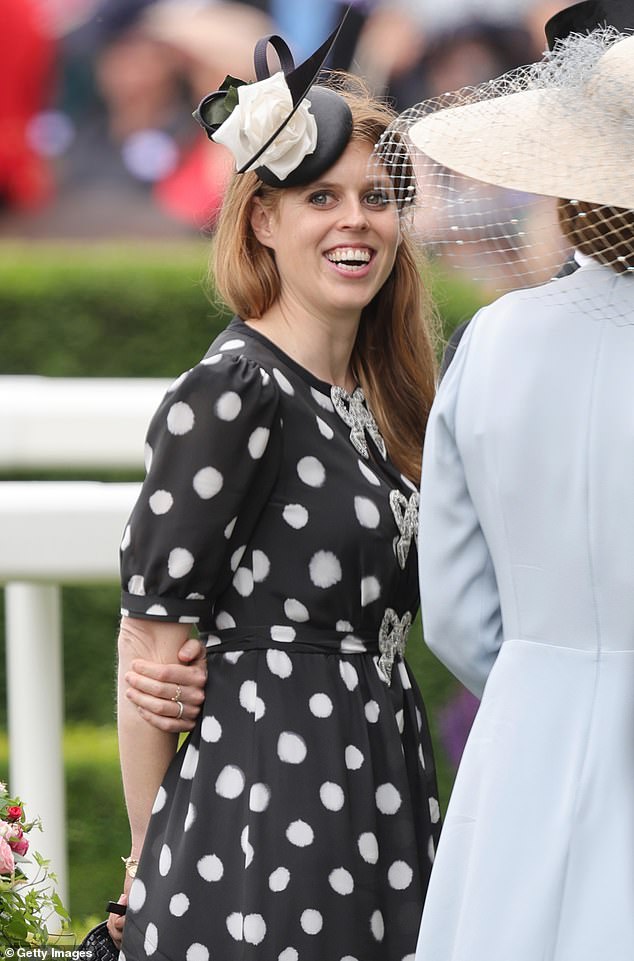 Beatrice opted for a navy midi dress, featuring a white spot print. She paired the frock with a neat navy and white fascinator, and black heeled pumps.

To finish the look, she wore her long locks loose and flowing, and chose a simple make-up look, with clear skin and a natural lip, playing up her eyes with a dark, smoky shadow.

Meanwhile, Edoardo donned traditional top hat and a long coat, over a yellow waistcoat and navy tie. In an effort to save off the drizzle, he carried a large umbrella.