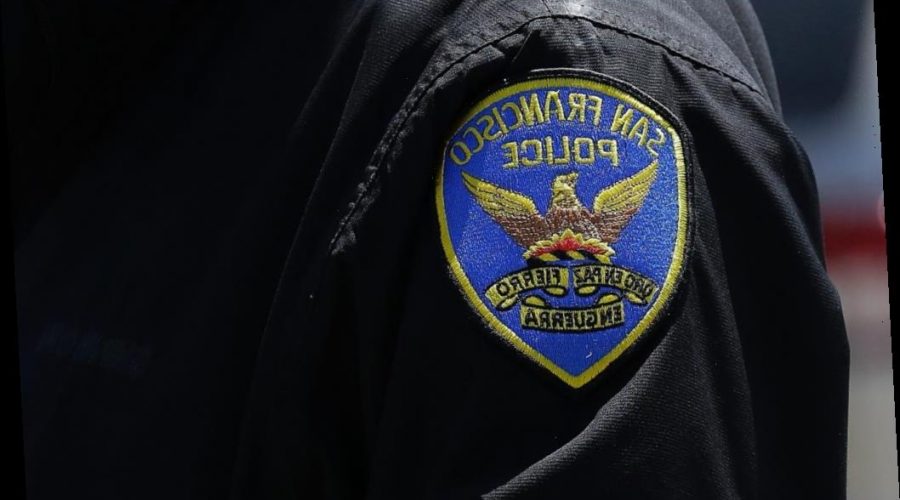 A 70-year-old Asian woman reportedly fought back against her much younger assailant in San Francisco Wednesday, leaving him bloodied on a stretcher, according to witnesses.

The unidentified woman, who was crying after the alleged attack, told police in Chinese the man had punched her in the face without provocation while she was standing on the sidewalk.

Video posted to Twitter by KPIX-TV San Francisco sports director Dennis O’Donnell showed the woman with a black eye holding an ice pack on her face with one hand and carrying a stick she reportedly used to fend off her alleged attacker in the other hand.

The suspected attacker, who was handcuffed to a stretcher, had a bloody mouth. He appeared to be in his 30s.

“You bum, why did you hit me?” she shouted at the man in Chinese, according to the station. She also turned to bystanders on the sidewalk to accuse him of hitting her.

“The woman said that she was hit,” O’Donnell said. “She attacked back. From what I could see, she wanted more of the guy on the stretcher and the police were holding her back.”

O’Donnell had come across the scene while on his morning run.

San Francisco police said a 39-year-old man is being investigated for the attack and another one on an 83-year-old Asian man Wednesday, according to KPIX. Police did not specify if the man from the video, who was not identified, was the suspect under investigation or if race was deemed a factor in the alleged assaults.

The attacks come amid a spike in anti-Asian attacks across the country and a day after 8 women — including 6 Asian women — were shot and killed in Georgia.

“We have to do our job and we have to investigate these cases with all resources brought to bear and we need to make arrests, and we’ve done that,” San Francisco Police Chief Bill Scott told reporters.

Both the woman and her alleged attacker were taken to the hospital.

18/03/2021 World News Comments Off on Asian woman, 70, fights back against attacker in San Francisco: witnesses
Lifestyle