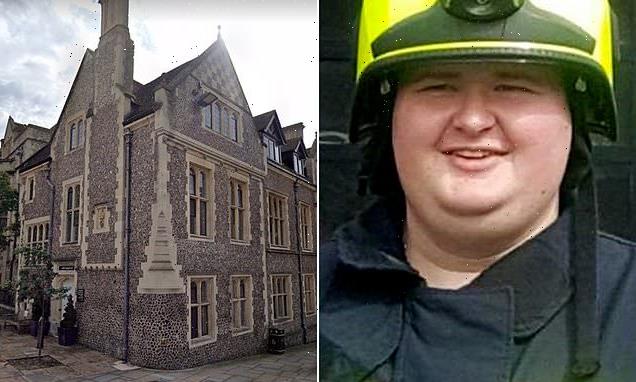 Aspiring police officer, 26, who ‘worshipped death’ was found hanged by his father days before the 14th anniversary of his mother dying of cancer when he was just 12 years old

An aspiring police officer and award-winning volunteer who ‘worshiped death’ took his own life days before the anniversary of his mother’s death from cancer, an inquest heard.

James Bowman, 26, was found dead on November 27 last year in the run up to the 14th anniversary of the loss of his mother – who died when he was just 12 years old.

He was found hanged in his flat in Beggarwood, near Basingstoke, Hants, by his father, Lee Hampton, who also found a note typed out on his computer beside him.

Just days earlier, Mr Hampton had expressed his pride in his son about an award he was set to receive for his outstanding volunteer work with the Hampshire Police and Crime Commissioner.

Speaking at an inquest into his son’s death, Mr Hampton said: ‘I had not heard from him so I went to his flat at around 1pm on November 27. I forced the door open and found James.

‘He was a confused boy, he missed his mum, she died when he was aged 12 years from cancer.

‘He really worshipped death, if you look at his social media there was always skull and crossbones – his favourite mug had a skeleton on it.’ 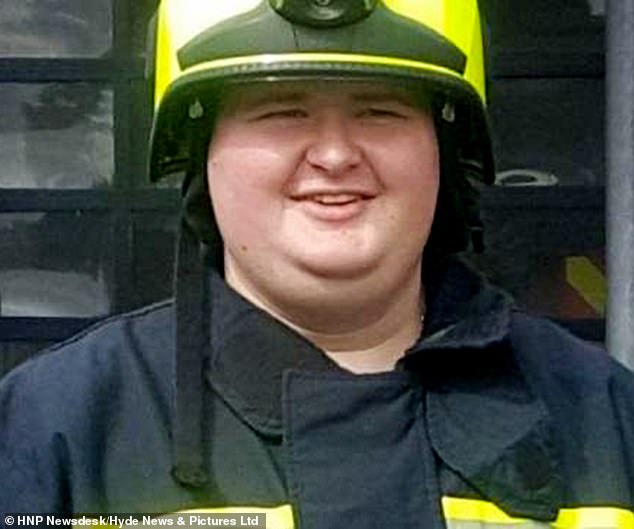 James Bowman (pictured), 26, was found dead on November 27 in the run up to the 14th anniversary of the loss of his mother – who died when he was just 12 years old

The inquest heard how Mr Bowman was not scared of death following the tragic passing of his mother.

As soon as he left school he had worked at a funeral directors for three years, Winchester Coroner’s Court was told.

The court heard from his GP who confirmed that James claimed he had attempted to take his life on 20 previous occasions, having been sectioned under the mental health act seven times in his short life.

Area coroner Jason Pegg heard that most of James’ attempts to take his life were around the end of November, around the date his mother died.

His body was discovered just two days before the 14th anniversary of her death, the court heard.

‘He was someone who was very keen to get a job at a funeral directors. The main cause of that was the way in which he tried to cope with the loss of his mum.

‘It is quite clear the loss of anyone’s mother aged 12 years is significant, but for James it seemed to play a part in his character, someone who worshipped death and had no fear of death.

‘His mother died on November 29 which was a poignant date for James, in previous years he had tried to take his own life towards the end of November.

‘November was poignant for James. Sadly, it is quite clear from his note that he intended the outcome.’

Following his tragic death, friends described the former doorman as ‘one in a million’, after he had recently started a new role working for the Youth Commission to help tackle knife crime.

Speaking to local media, close friend 27-year-old Catherine Davis said: ‘James was an amazing person who always put everyone else above himself and would be there, no matter when you needed him.

‘He was always there putting the pieces back together for me. He lit up the room with his smile.

‘He struggled during lockdown but this feels so unexpected. It’s weird because this was the year his life was turning around.

‘He had just joined the Youth Commission and was helping work on tackling knife crime. He had just bought a new laptop and desk, all ready to do his police course. He just wanted to help people.’ 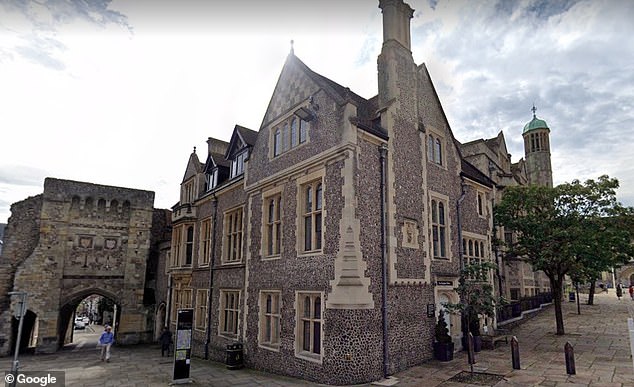 The inquest, at Winchester Coroner’s Court, heard how Mr Bowman was not scared of death following the tragic passing of his mother

James was also a volunteer with the Prince’s Trust and helped out at the YMCA.

He grew up in Buckskin, Hampshire and attended Richard Aldworth School before he lost his mother 14 years ago to cancer.

Before his death, he had moved to live alone in nearby Beggarwood with his two cats Garfield and Harley.

The young man had hoped to begin his training to join the police and had a passion to help others, he was also due to receive an award from the Police and Crime Commissioner.

Having raised over £1500 on an online fundraising page to give James ‘the send-off he deserves,’ Catherine added: ‘He is sadly missed by so many people, I just wish he knew.

‘Even if it’s just a text it can mean so much, especially during lockdown. James was on his own.

‘I know he was feeling it, lockdown has been horrible and the mental health services aren’t always much help.

‘People ring to see how you are and you’ll just say ‘I’m fine’. It’s not the same as seeing someone face to face.’