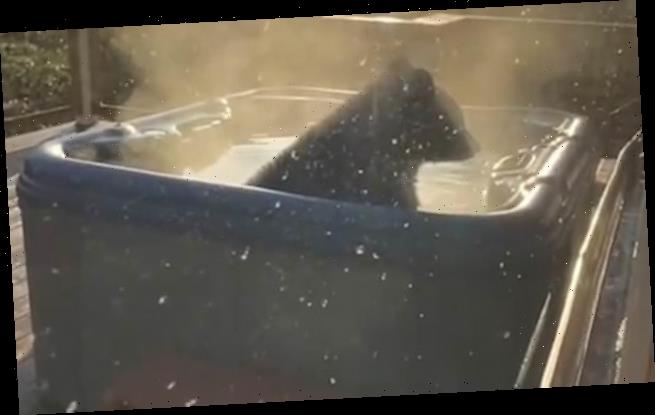 ‘It’s just having a blast’: Astonishing moment wild black bear climbs inside a holidaymaker’s jacuzzi to warm up in the cold mountain air

A wild black bear pried the lid off a holidaymaker’s steaming jacuzzi and climbed inside to warm up in as the sun rose over the mountains in astonishing footage.

The clip, filmed in the Great Smoky Mountains, Tennessee, captures the animal as it strolls across a patio fence, jumps down and makes its way over to the hot tub.

Mason Trebony, who shot the footage on March 20, had been renting the cabin with his wife when he saw the bear climb onto the deck of the cabin he was renting.

In the clip, the animal is seen scrambling up a small set of steps before jumping in the hot tub – which is filled with warm water. 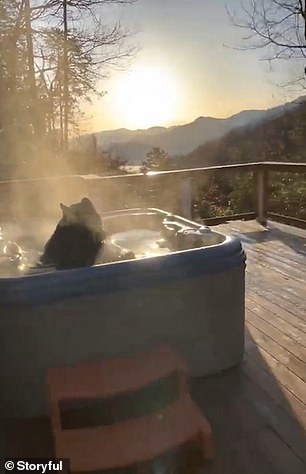 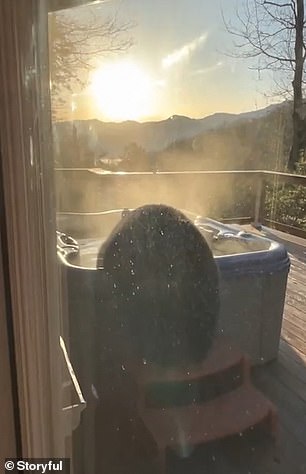 The clip, filmed in the Great Smoky Mountains, Tennessee, captures the animal as it relaxes in a holidaymaker’s hot tub for 15 minutes

The holidaymaker said the bear sat soaking in the jacuzzi for 15 minutes before it climbed out and returned to the nearby mountain.

Footage captures Mr Trebony as he describes the astonishing moment to another, saying: ‘Look, this bear walked over my coffee, it’s about to jump down.’

After being asked a question, he responds: ‘No, I didn’t speak to it, it’s a black bear, they’re bad bears. They can be mean. It just knocked my jacuzzi top over.

‘And now it just got into my jacuzzi. OK. It’s getting warm, it’s just having a blast. 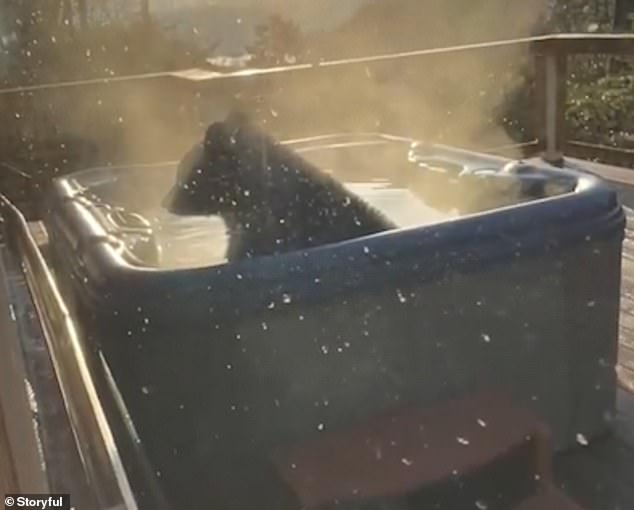 Mason Trebony, who shot the footage on March 20, witnesses the bear climb into the hot tub as the sun rose over the mountains 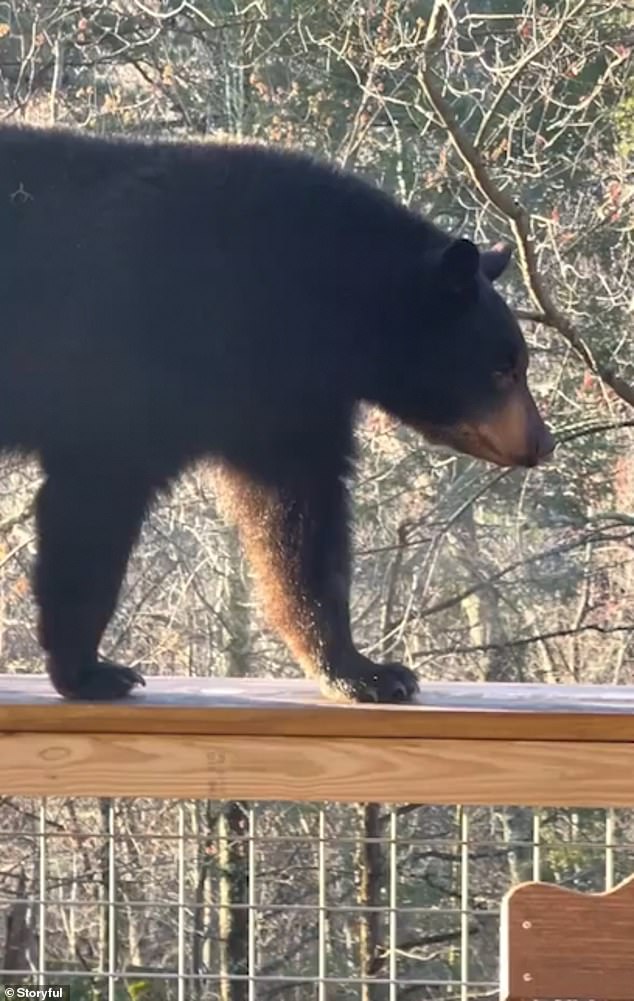 Footage captures Mr Trebony as he describes the astonishing moment to another, saying: ‘Look, this bear walked over my coffee, it’s about to jump down’

The man then opens the patio door and steps outside as the bear swims to the other side of the steaming hot tub.

He later explains that the bear had been ‘playing’ with another nearby the cabin before abandoning his pal in search of the hot tub.

The clip ends as the bear continues relaxing in the jacuzzi, and the man steps back inside the safety of his home with the door shut firmly behind him.