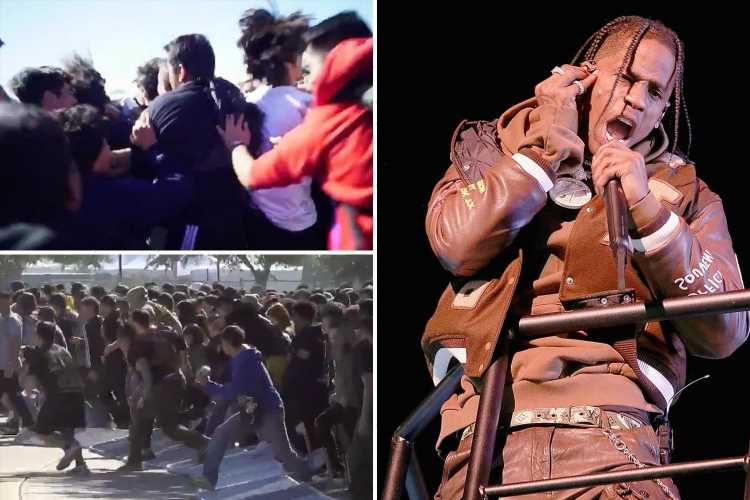 ASTROWORLD Festival organizers used clips from 2019 to promote the 2021 show, sharing videos of the chaos that unfolded two years ago.

Footage shared to the event's social media pages show fans rushing to enter the concert before three people were hospitalized, according to reports. 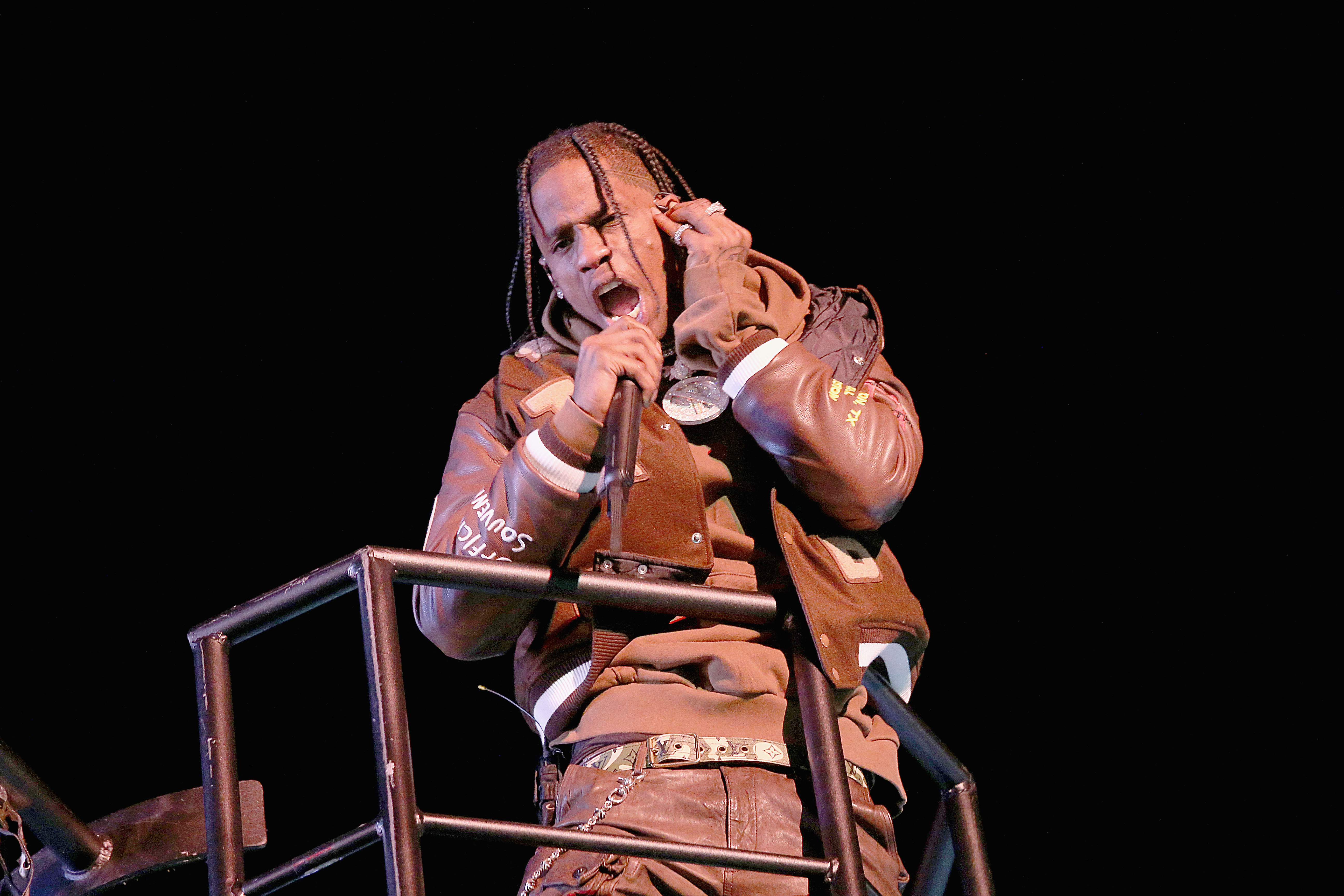 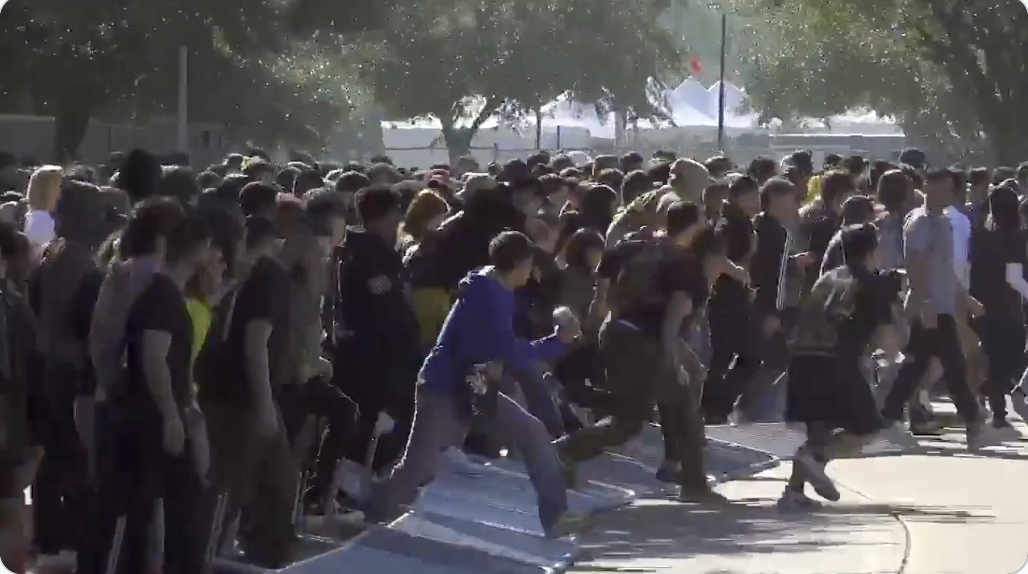 Travis Scott had also shared the footage in 2019, writing: "THANKS TO EVERYBODY THAT PULLED UP TO RAGE !!!!"

Eight people died at the concert in Houston, Texas on Friday with victims aged between 14 and 27.

Promotional footage for the event, shared in May of this year, showed clips from 2019 dubbed with audio of news reports from the time when fans breached barriers.

That resulted in a stampede that left three people injured, Fox News reports.

Astroworld was not held in 2020 due to the pandemic.

The Sun revealed on Sunday that the rapper had twice been arrested at his concerts before Saturday’s Astroworld tragedy.

He pleaded guilty to public disorder charges at concerts in 2015 and 2018.

His own Netflix documentary Look Mom I Can Fly shows Scott whipping his fans into a frenzy and urging them to push past security at his shows.

Scott, Drake, and Astroworld festival organizers Live Nation are reportedly being sued for damages following the fatal tragedy in Texas on Friday.

Officials in Texas said the crowd began to "compress towards the front of the stage" at around 9.15pm, sparking panic.

On Monday it emerged that Scott played for more than 30 minutes after his Astroworld festival was declared a mass casualty incident.

The New York Times and The Houston Chronicle say Scott was still on stage at 10:15pm. Reuters report 10:10pm.

Scott had briefly stopped the show at 9:42pm, calling for help for a concertgoer who had passed out. He then resumed the show, Insider reports.

Scott's girlfriend Kylie Jenner said they did not know what had happened while her partner performed.

She wrote: "I want to make it clear we weren't aware of any fatalities until the news came out after the show and in no world would have continued filming or performing."

Footage posted online shows fans screaming for help, with one concert-goer yelling: "There is someone dead in there." Other chant: "Stop the Show."

It is not clear if officials could hear those pleas. There have been no arrests in connection with the incident.

Victims of the tragedy include 21-year-old student Axel Acosta and schoolboy John Hilgert, who was just 14.

Scott said he was "absolutely devastated" by events. 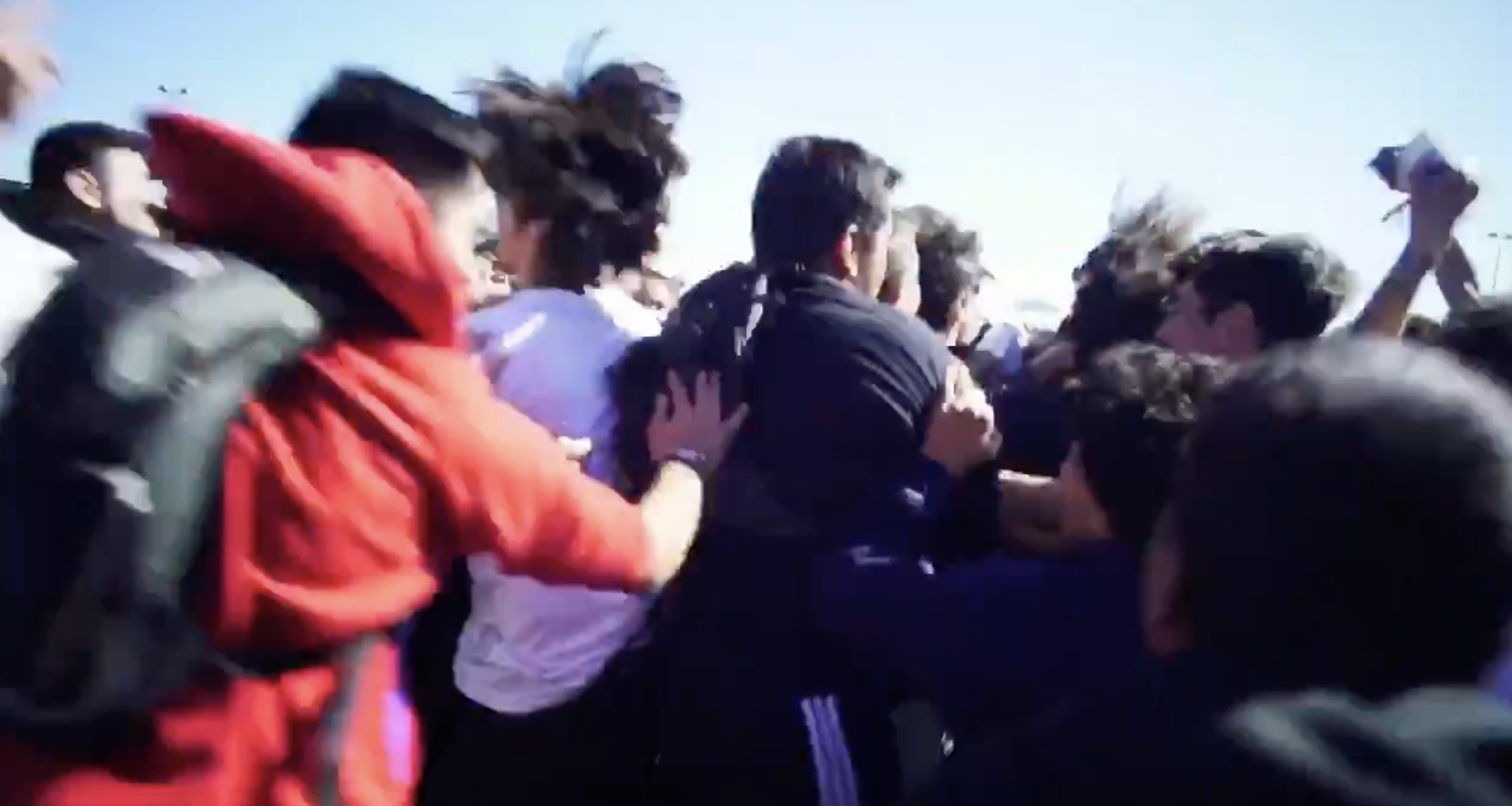