At least seven people were reportedly killed and two others are missing after heavy rainstorms in North Carolina spurred dangerous flash flooding.

The National Weather Service had issued several flash flood warnings on Thursday, as torrents of rain stretched from Charlotte into the capital of Raleigh.

On Thursday, Alexander County officials said the flooding claimed at least four lives at a family campground in Hiddenite. One of the three other deaths was related to a car accident, officials said.

Swiftwater rescue teams evacuated 31 people from the campground, but an adult and one child remain unaccounted for, officials said.

Alexander County officials said the area was inundated with 7 to 10 inches of rain overnight Wednesday that compromised 50 roadways, including four bridges.

Other parts of the state were battered by the heavy rainfall, which prompted a mudslide in Burke County.

A charter school in Charlotte, Corvian Community School, was also hit with surging water, prompting officials to rescue about 143 students and staff members.

What is left of Tropical Storm Eta, meanwhile, is now about 85 miles southeast of Wilmington. The storm, which whipped across Florida, is bringing gusty winds, rain, rough surf and high waves before heading further into the Atlantic. 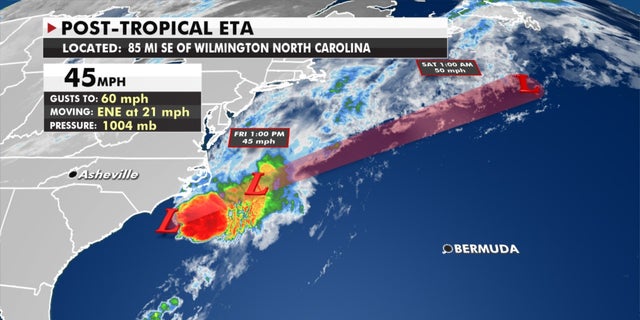 A weak system behind it will bring some rain and possibly wintry weather to parts of the Midwest including Ohio, Tennessee Valley across the Great Lakes and the Northeast. 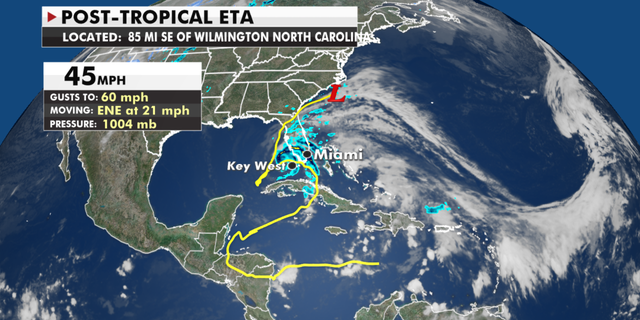 Meanwhile, the Northwest is very active with more rain along the coast and snow in the mountains. 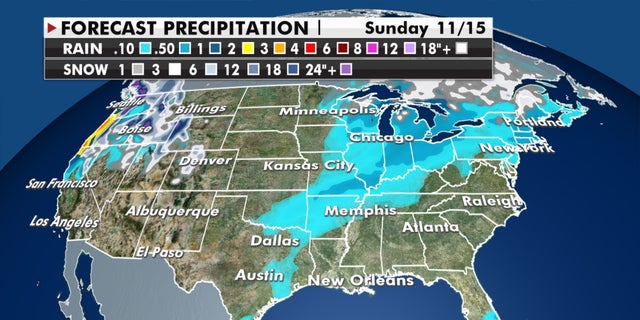