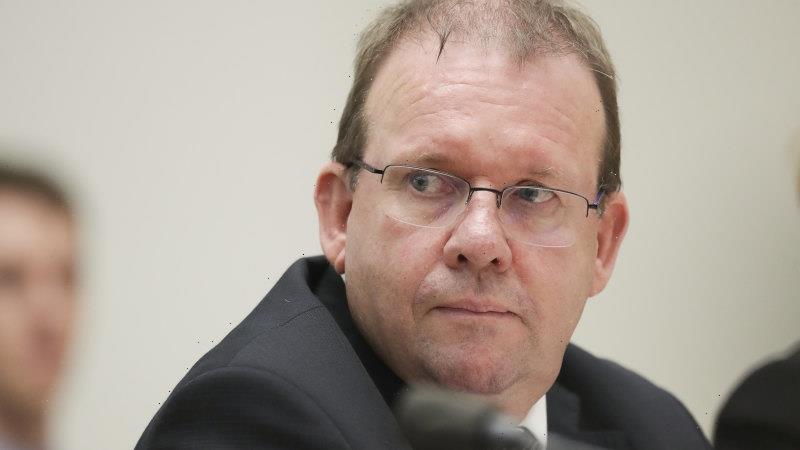 Australia’s financial watchdog is considering launching a sweeping inquiry into the federal carve-up of infrastructure funding, after Victoria complained it has been short-changed by the Morrison government.

State Treasurer Tim Pallas has written to federal Auditor-General Grant Hehir asking for an audit to examine how Canberra hands out infrastructure cash in the budget. 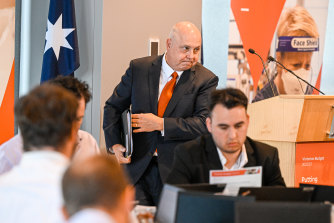 Victoria has long argued it is getting a disproportionately small portion of federal infrastructure cash, well below the state’s one-quarter share of the national population.

But in an escalating row, federal Infrastructure Minister Paul Fletcher accused the Victorian government of “throwing the toys out of the pram” because the federal government had followed clear departmental advice by refusing to fund Labor’s Suburban Rail Loop, which Fletcher branded “Dan Andrews’ vanity project”.

In the most-recent federal budget, Victoria was allocated just 5.9 per cent of new infrastructure cash over the four-year budget period.

The state government was also furious it was left out of the federal government’s Energy Security and Regional Development Plan, a $7.1 billion fund overseen by Deputy Prime Minister Barnaby Joyce to “turbocharge” regional areas.

In the May 10 letter, Pallas said he could not accept that a fair and transparent process had been followed.

The request follows recent audits examining the federal government’s funding of commuter car parks and sports grants. In both cases, the audit office found a lack of rigour in awarding funding, leaving open the possibility taxpayers’ money had been used for political gain.

“I am concerned that Victoria may have been short-changed on funding for critical infrastructure by the Commonwealth,” Pallas wrote in the letter. “I request that you review the distribution of funds Victoria is set to receive for infrastructure as a result of the Commonwealth’s 2022-23 budget, including the decision-making processes involved.

“I do not accept that fair and transparent processes would have led to Victoria continuing to be short-changed by Commonwealth funding, especially at this vital time in Victoria’s economic recovery from the impacts of the COVID-19 pandemic.”

The letter comes at a critical time in the federal election campaign, with federal Labor launching an advertising blitz just two weeks from polling day seeking to portray the Morrison government as anti-Victorian.

Labor strategists believe the Coalition could be on track to lose up to four Victorian seats, including the ultra-marginal seat of Chisholm, in Melbourne’s east and the inner-metropolitan seat of Higgins.

Premier Daniel Andrews this week complained that the Morrison government had been so “miserable” in its funding for Victoria, it was as if “we ought to bow our head and treat it like it is foreign aid”.

An audit office spokesman said the auditor-general would consider Pallas’ request in line with standard practice.

Fletcher said the suggestion Victoria was being short-changed was “simply absurd”.

“The Commonwealth has a very well established process whereby over a 10-year period, each state and territory gets its equal share of funding proportionate to its population, and this is certainly the case in Victoria.” 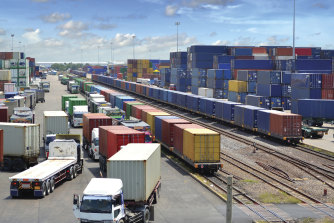 An artist’s render of the proposed Beveridge Intermodal Freight Terminal, where containers travelling south on the Inland Rail would be loaded onto trucks.

He said long lead times for major projects meant spending tended to be “lumpy”, so that in one year it was unlikely that the new commitments announced for any given state would exactly match that state’s population share.

In the letter, Pallas said the lack of funding for Victorian infrastructure had been exacerbated by “continued unfair treatment” under a new system for distributing the GST, introduced in 2018. It also warns Melbourne remains the only capital city to not receive funding for a “city deal” with the Commonwealth.

The state government has asked for a federal contribution of $11.5 billion over 10 years for the Suburban Rail Loop – a mostly underground railway running from Cheltenham to Werribee via Melbourne Airport.

However, Mr Fletcher said this was the only major project requested by the government, but it didn’t stack up and was targeted at marginal electorates.

“The only major infrastructure project that the Victorian government has requested Commonwealth funding for in the last two federal budgets is the Suburban Rail Loop – a project that the federal Infrastructure Department has advised against funding and has not been assessed by Infrastructure Australia, but that conveniently runs through some of the most marginal electorates in Victoria,” he said.