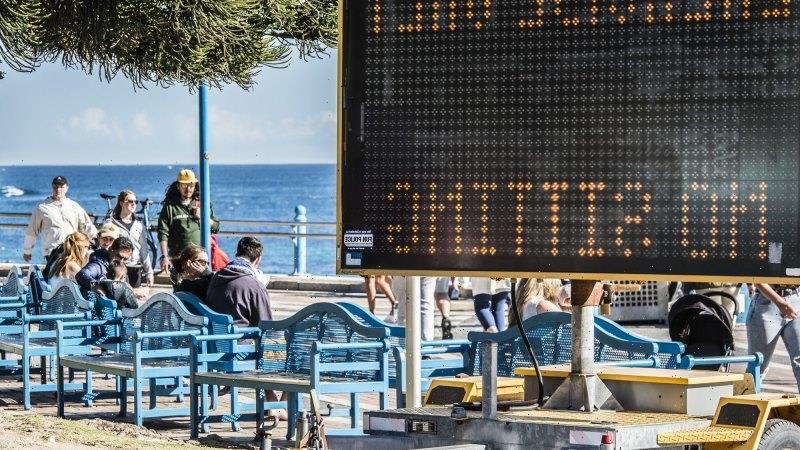 WA Premier has little intention of reopening his state’s border before the end of the year.

Western Australia Premier Mark McGowan has blamed the delay in locking down NSW for the state’s current predicament and has little intention of reopening his state’s border before the end of the year.

“Clearly that was a mistake. They need to lock down properly and put in roadblocks around Sydney.” 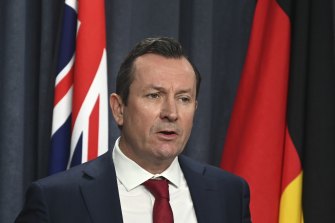 He also suggested the Commonwealth provide more defence forces to assist with compliance.
Sydney’s lockdown began on June 26, 10 days after the first local cases of the Delta variant of COVID-19 were reported.

Mr McGowan said NSW should be trying to return to COVID zero.

“Melbourne did it last year,” Mr McGowan said. “We did it a few months ago and Adelaide recently too. Victoria went through hell last year and the Andrews Government did what it took.”

Asked if Western Australia would retain its hard border as vaccination rates rose, Mr McGowan said: “We retain that right. I would prefer not to. But the best answer for the foreseeable future until the end of the year is we are going to have to have a strong border in place. We can’t run the risk of it infiltrating into WA again.”

Fish out of water: Life inside the ever-changing border bubble

Albury-Wodonga sits on the border of Victoria and New South Wales but was never designed as a split entity.

The town’s maternity hospital is south of the Murray River in Wodonga; the cinema is in Albury.

As daily coronavirus cases rage on in the hundreds in Sydney, over the last month Victorian Premier Daniel Andrews has gradually tightened “border bubble” arrangements that previously allowed free movement within communities such as Albury-Wodonga despite border closures. 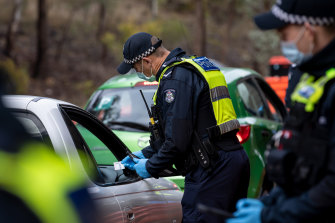 In the move that hit locals hardest, from August 4 travel over the border became permitted only for six reasons: necessary goods and services such as medical care; care and compassionate reasons; paid or voluntary work; education; COVID-19 vaccination; and sport at a club or facility.

NSW Health released 25 new venues where people infected with COVID-19 have visited recently including supermarkets and chemists in Dubbo and the central coast.

These are of particular concern, as there are no known cases in these areas. Everyone in these areas is urged to monitor for the onset of symptoms, and if they appear, to immediately be tested and isolate until a negative result is received. 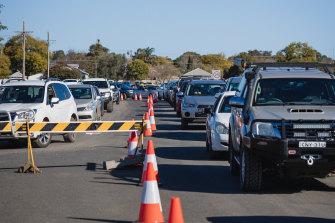 Pubs, restaurants back ‘no jab, no dine’ rule in early reopening push

The state’s restaurants and pubs have locked into a “no jab, no dine” approach to reopening, with industry associations calling on the NSW government to allow vaccinated staff and patrons back to the table as soon as next month.

In a submission to the government on Friday obtained by The Sun-Herald, the Restaurant and Catering Association proposed a relaxation of restrictions in September to allow outdoor dining, with limited indoor dining based on capacity, for vaccinated people only. 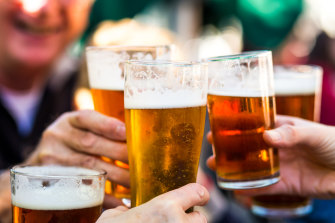 The Australian Hotels Association said it supported mandatory vaccination for patrons and staff if it helped reopen sooner.Credit:iStock

Meanwhile, the Australian Hotels Association said it would support mandatory vaccination as a first step to restarting pubs. “We would support a platform where staff and patrons had to be vaccinated if that allowed us to reopen sooner,” said AHA NSW director John Green.

Severe measures considered within government ahead of sweeping COVID response

The state’s worst day of the pandemic turned chaotic yesterday as Premier Gladys Berejiklian unveiled a crackdown on movement across Sydney and a secret government document revealed even more restrictions including mandatory outdoor masks were considered to curb the COVID-19 outbreak.

The remainder of NSW was plunged into a seven-day lockdown which was announced by Nationals MPs on social media and later confirmed by a press release hours after Ms Berejiklian’s 11am update, which reported a record 466 new coronavirus cases and four deaths. 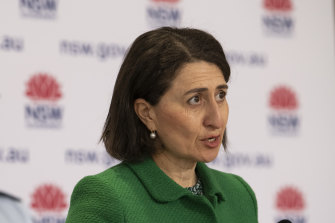 From Monday, all Greater Sydney residents will be restricted to their local government area or five kilometres from home for shopping, exercise and outdoor recreation. From Saturday, anyone leaving Greater Sydney will require a permit and people in the LGAs of concern must register their “singles bubble” partner with the government.

On the spot fines for breaking self-isolation rules, lying on a permit or lying to a contact tracer will increase to $5000, while anyone who breaches the two-person exercise or outdoor recreation rule will be fined $3000.

What’s within 5 kilometres of your home in Sydney?

The restrictions allowing Sydneysiders to move within 10 kilometres of their home have been cut to five kilometres.

NSW Police will ramp up its presence in areas of concern from Sunday, including deploying riot squads and enhancing random checkpoints at key roads.

The restrictions allowing Sydneysiders to move within 10 kilometres of their home have been cut to five kilometres.

Fines for breaching health orders will be increased from $1000 to $5000. Ms Berejiklian said police would be able to impose the harsher fine from Saturday.

‘Probably about time’: Beachgoers take new restrictions in their stride

In Sydney’s winter sunshine, there’s every reason to be out and about. From paragliders to surfers, dog walkers to people watchers, fresh air and exercise was the name of the game around the city’s beaches on Saturday.

Most beachgoers were ambivalent as news filtered out that restrictions on travel and outdoor activity would be tightened, limiting people’s movement for shopping and exercise to within their local government area or five kilometres from home. 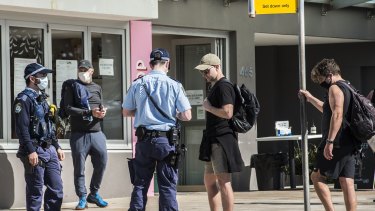 “It won’t impact on me any more than it already has. The five-kilometre limit, they should have done it a long time ago. It will stop people travelling around.”

Good morning, Nigel Gladstone here to keep you up to date with the latest coronavirus news today.

Last night NSW entered a statewide lockdown at 5pm after recording 466 new cases of COVID-19, as cases spread across the state.

The major stories from yesterday include:

From Monday, all residents of Greater Sydney will be restricted to their local government area or five kilometres from home for shopping, exercise and outdoor recreation. 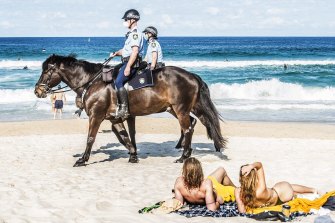 From Saturday, anyone leaving Greater Sydney will require a permit and people in the LGAs of concern must register their “singles bubble” partner with the government.

On the spot fines for breaking self-isolation rules, lying on a permit or lying to a contact tracer will increase to $5000, while anyone who breaches the two-person exercise or outdoor recreation rule will be fined $3000.

Operation Stay at Home will also deploy the riot squad and 500 extra Australian Defence Force officers, following a request from the police, while 1400 highway patrol officers will enforce COVID compliance at roadblocks across Sydney and regional NSW.

Police Commissioner Mick Fuller said he made no apology for requesting some of the toughest powers in the state’s history. “Please don’t write in and complain to me, we have given ample warnings and cautions,” he said. “It’s all about getting ahead of Delta, not chasing it.”