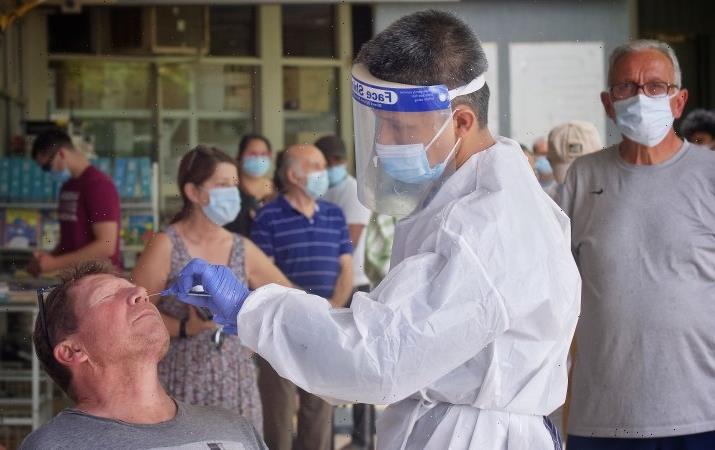 Our live coverage of the coronavirus pandemic is free for all registered readers. Please also consider supporting our journalism with a subscription.

The NSW government is preparing to announce a major reversal of COVID-19 restrictions by shutting nightclubs, banning singing and dancing in pubs, and pausing major events and some elective surgery in response to the state’s surging Omicron caseload.

The changes were expected to be finalised today after NSW recorded 70,000 coronavirus cases in two days and a significant increase in the number of hospitalised patients, state government sources not authorised to speak publicly said last night. 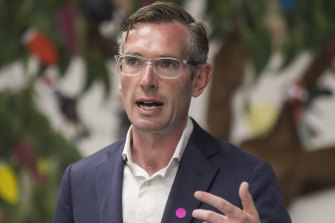 Premier Dominic Perrottet is today expected to announce the return of restrictions for hospitality.Credit:Anna Kucera

Venues would also be discouraged from allowing “vertical consumption”, or standing up while drinking at bars, under the proposed changes, the sources said.

Major events would be risk-assessed by NSW Health and postponed where necessary. Restrictions will be branded as “safety measures” rather than a lockdown, according to the sources.

A couple of important changes came into effect in Victoria from 11.59pm last night.

People who test positive on a rapid antigen test (RAT) are now considered “probable cases” and are subject to the same requirements as those who test positive via a PCR test. That means you must isolate and notify your close contacts.

The state government says people must report their positive RAT result to the Victorian Department of Health either via an online form or by phone, so people can access care, information and financial support during their period of isolation.

Changes to density limits are also in effect from this morning. Restaurants, cafes, pubs, nightclubs and other entertainment venues must operate at a quota of one person per two square metres. Similar rules are already in place in NSW due to the wave of Omicron infections.

It’s Friday, January 7. I’m Broede Carmody and I’ll be anchoring our live coverage for the first half of the day.

Here’s everything you need to know before we get started.

06/01/2022 World News Comments Off on Australia news LIVE: Further restrictions in NSW, Victoria as COVID-19 cases continue to rise; Novak Djokovic to stay in the country until at least Monday
Lifestyle