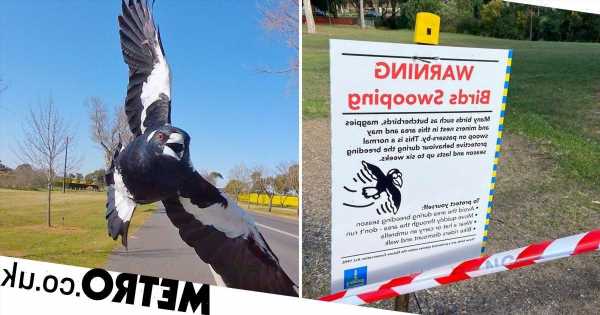 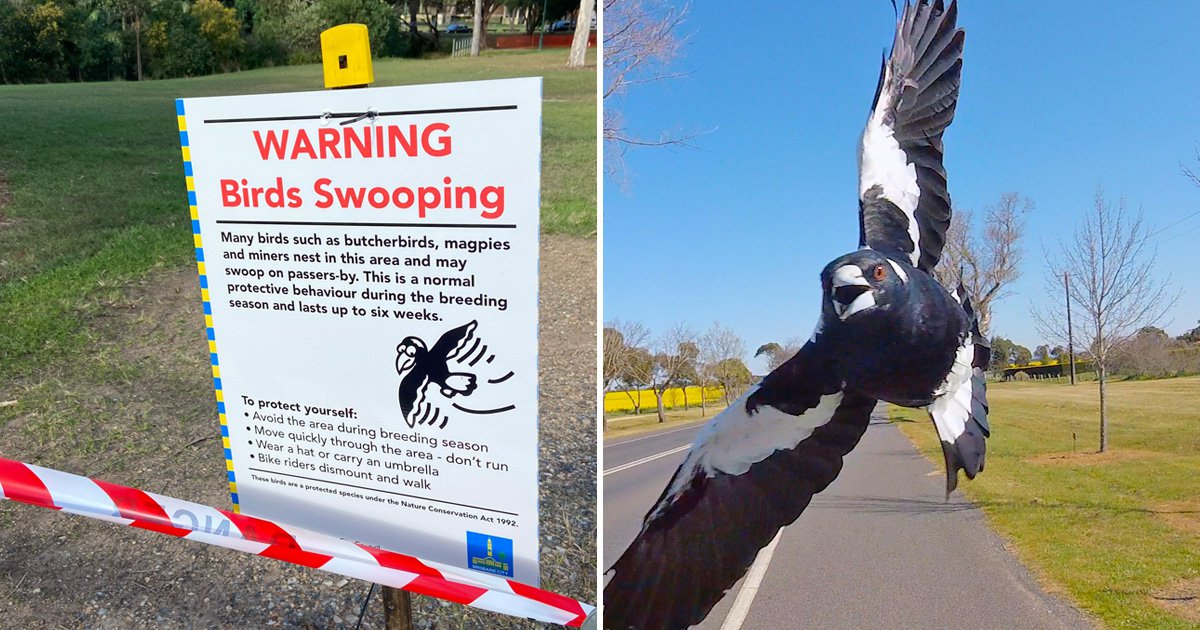 A baby has died after her mother tripped and fell while trying to duck a swooping magpie, reports say.

The little girl suffered critical head injuries in the fall and was rushed from Glindemann Park in Brisbane, Australia, to a hospital at midday on Sunday.

She sadly could not be saved and was pronounced dead at Queensland Children’s Hospital.

An ambulance spokesperson said: ‘A mother had reportedly been ducking to avoid a magpie and then tripped over with a baby in her arm.’

Council workers reportedly captured the magpie on Monday and took it away in a cage, while additional signs warning for ‘swooping birds’ were put up.

A young couple said they were walking nearby and ran over after hearing the baby’s parents screaming.

‘I’ve seen shock before but this was beyond anything I’d ever seen,’ the man told the Courier Mail.

He said the father was ‘heroic’ and phoned the emergency services while doing ‘everything he could’.

His wife said they have been struggling to sleep since the tragic event, adding: ‘It’s sickening I suppose, seeing a family torn apart in one quick moment.’

Another resident said he had ‘lost count’ of the times he had been swooped by a bird in the area, while another local man said he had alerted the council eight weeks ago.

He said: ‘This is an extremely tragic accident and our hearts go out to the family involved.

‘A number of signs warning about swooping birds were in place around the area where this incident occurred, and our officers have now installed several more.’