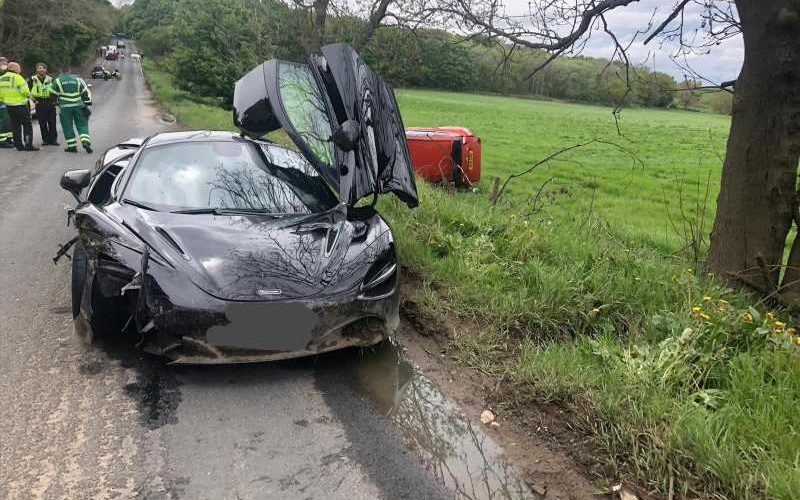 A BABY was in a family car that rolled after a £165,000 McLaren supercar tried to overtake it at 200mph, and instead, flipped the vehicle in a field.

The accident, which is believed to have happened early this afternoon,  involved a Black McLaren 720S and a red Ford Focus. 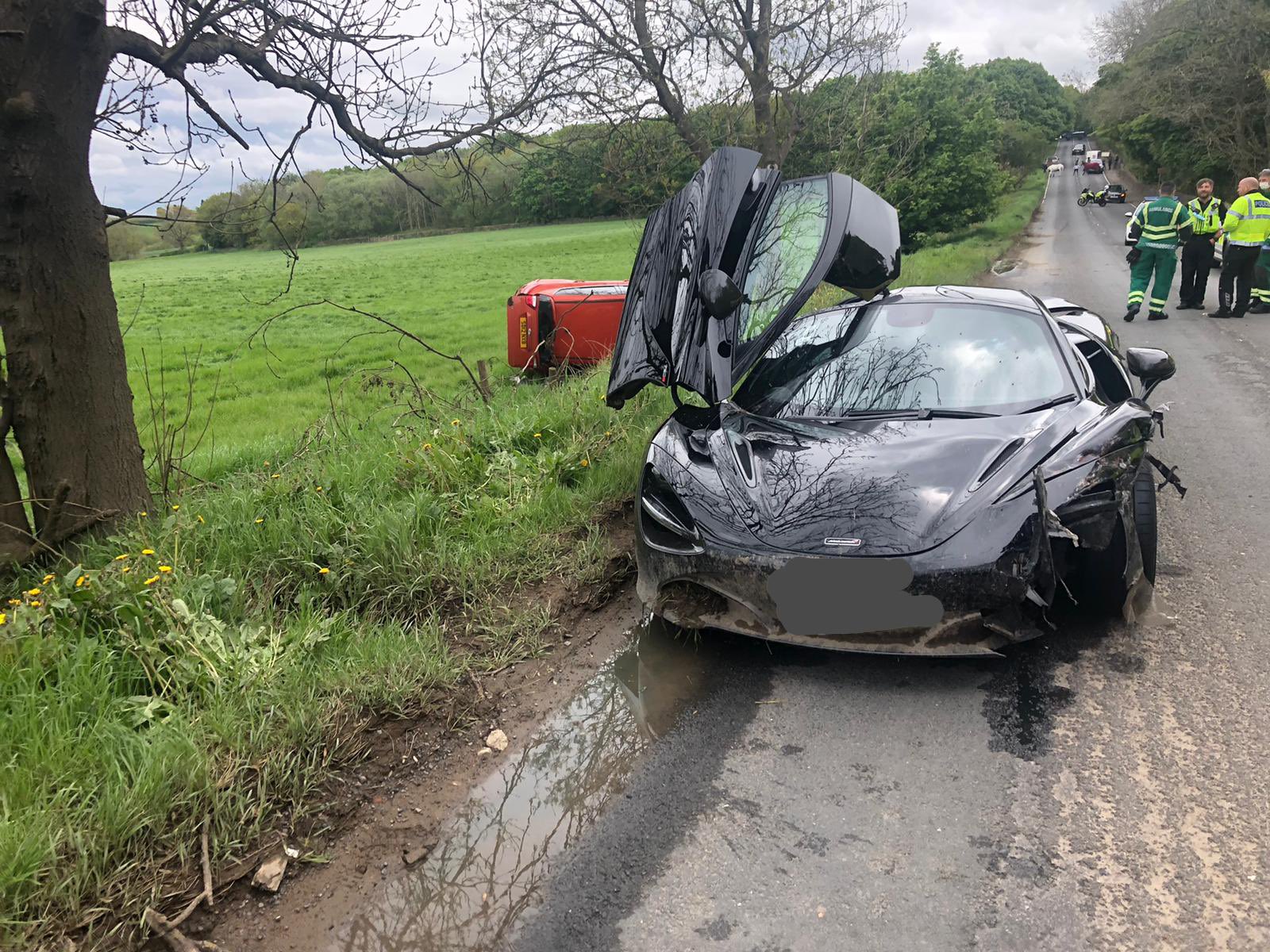 The McLaren’s attempt at overtaking the Focus on the A6118 Liley Lane at Grange Moor, between Huddersfield and Wakefield, was mistimed, and sent the hatchback crashing into a field where it overturned.

The Ford was reportedly carrying a family with a six-month-old baby.

Only minor injuries were believed to have been sustained in the crash, according to a Tweet from the WYP Roads Policing Unit.

The driver of the luxury car has been reported for careless driving following the country lane smash.

The unit tweeted: "The driver of this Maclaren [sic] mistimed an overtake sending the other car into a field.

"Luckily only minor injuries. The driver has been reported for driving without due care and attention."

The powerful vehicle is capable of accelerating from 0-62mph in 2.9 seconds and can reach a top speed of 212mph. 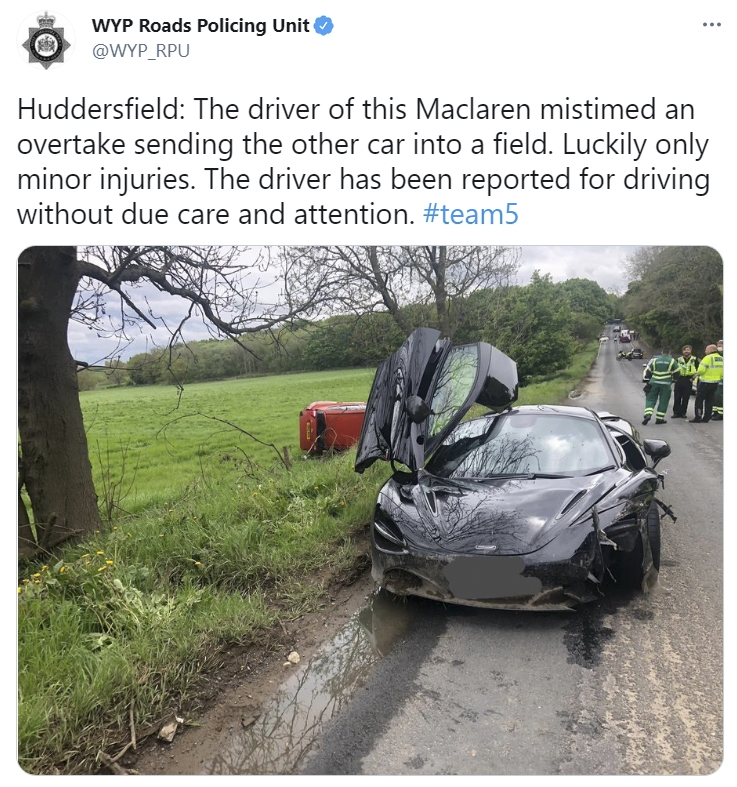 24/05/2021 World News Comments Off on Baby in crash after £165,000 McLaren supercar tries to overtake and flips family car into field
Lifestyle