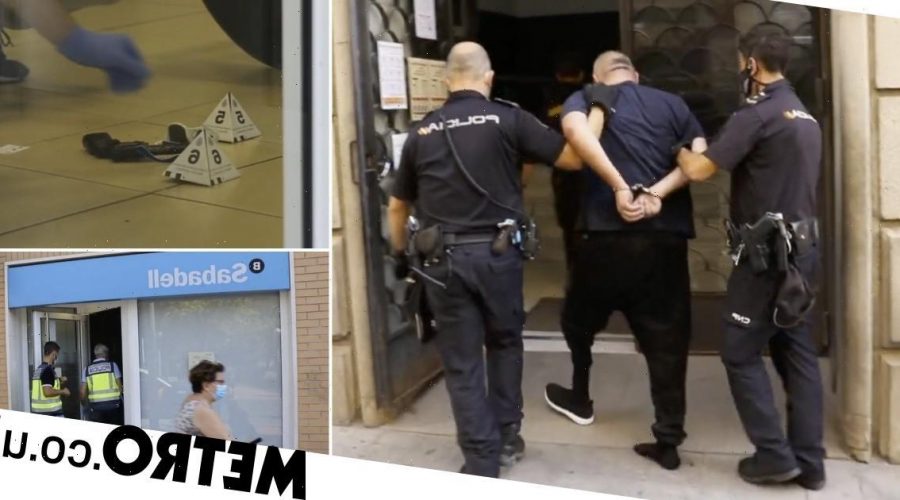 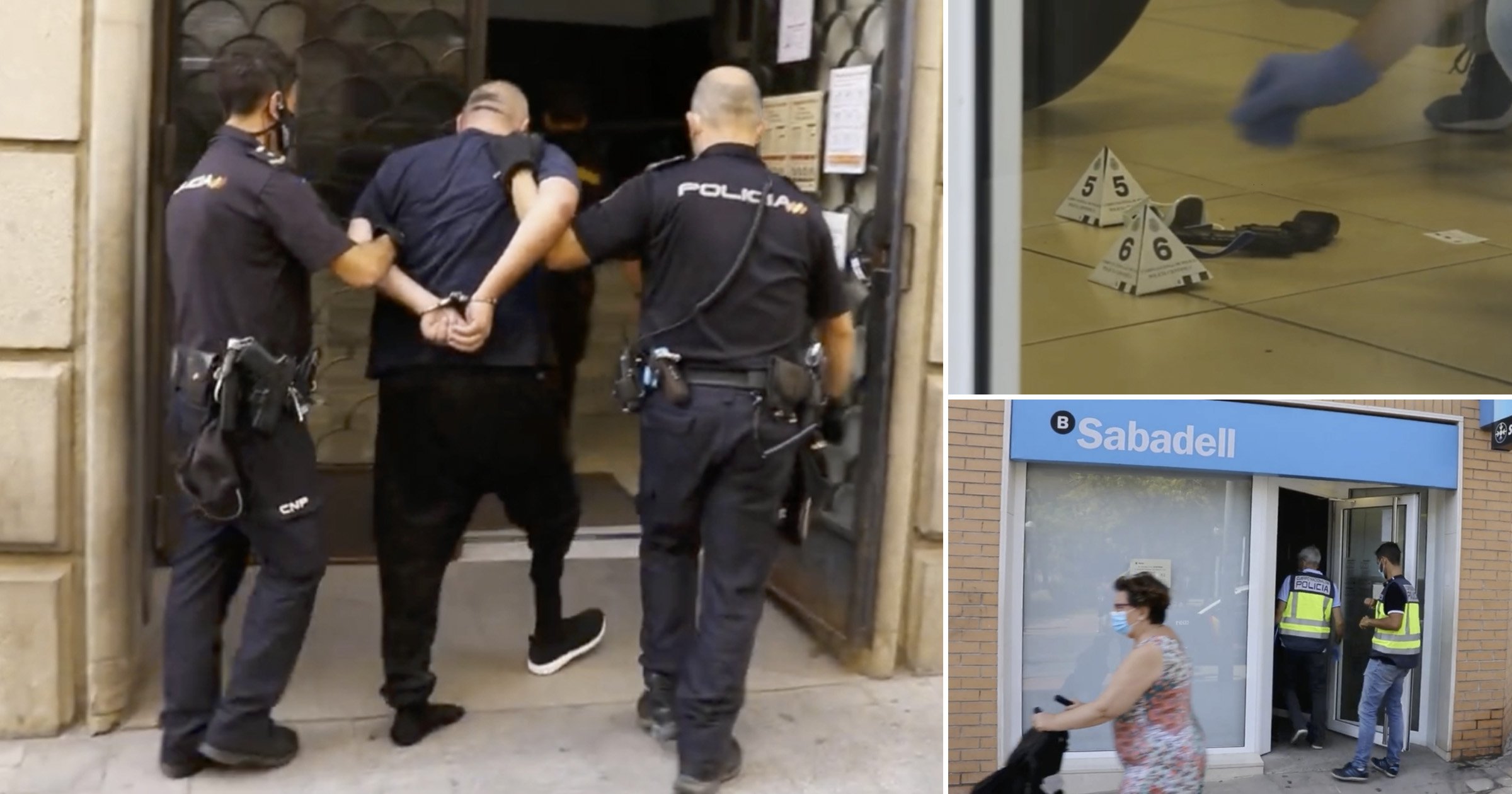 A botched bank robbery went rapidly wrong when one of its protagonists’ prosthetic legs fell off as he tried to threaten staff with a toy gun.

Things went from bad to worse for the man, who’s thought to be a 45-year-old Italian, as his hopes of a quick getaway evaporated.

He was then abandoned by his partner-in-crime who fled the scene when he saw what had happened.

The duo were attempting to rob the Banco Sabadell in the Costa Blanca city of Alicante on Friday afternoon.

Police are still hunting the runaway accomplice and other people spotted outside the bank who are thought to have been working as look-outs.

The Italian man, disguised in a cap and glasses, was taking part in the amateur raid with a pistol that witnesses said was ‘so obviously fake.’

Customers and staff quickly realised they could overpower him and no money was handed over as they wrestled him to the floor.

After losing his leg in the tussle, he was placed under citizens’ arrest.

The unnamed detainee, who is expected to appear in court for a remand hearing over the weekend, is understood to be known to police.

Detectives are said to be trying to identify the other members of his gang.

Police have yet to make any official comment and are unlikely to put out a formal statement until they have made other arrests.

But a well-placed source said: ‘The man who was held had a prosthetic leg which came free during the struggle that took place inside the bank he was trying to rob.

‘It made it virtually impossible for him to make a quick getaway.’