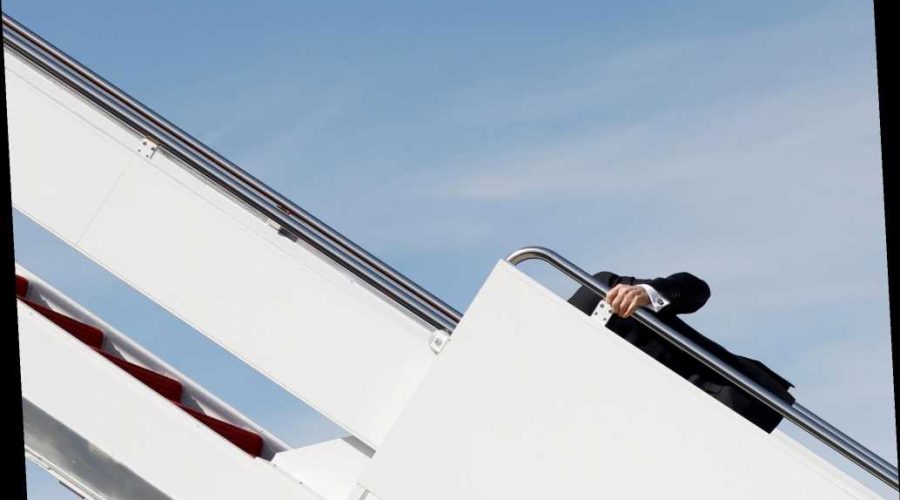 One bad trip: Biden keeps falling up the stairs as he boards Air Force One

Border official says US will be more ‘aggressive’ about deterring migrants

President Biden once took a swipe at Donald Trump over how his predecessor walked down a ramp at West Point — in light of his own stair stumble on Friday.

“Look at how he steps and look at how I step,” Biden said in September 2020 — referring to the former president gingerly walking down what he later called a “slippery” ramp after delivering a commencement speech.

“Watch how I run up ramps and he stumbles down ramps. OK? Come on.”

But Biden’s words came back to bite him Friday, when he was caught tripping up the steps of Air Force One not once but three times before fully recovering.

As the two then-presidential candidates warred over their physical fitness last year, Trump defended his slow descent at West Point, saying, “The last thing I was going to do is ‘fall’ for the Fake News to have fun with. Final ten feet I ran down to level ground. Momentum!”