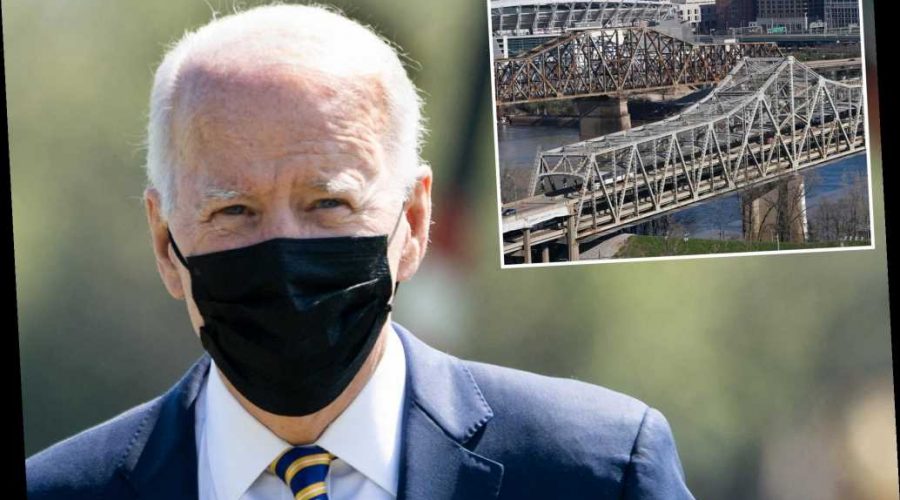 House GOP vows to expose Bidens’ use of IRS loopholes

President Biden on Monday vowed to “push as hard as I can” to pass a more than $2 trillion infrastructure proposal despite a lack of any bipartisan support.

Biden wants to pay for the bill with tax hikes on families that earn $400,000 or more, as well as investment income and businesses.

Republicans oppose the tax hikes and even some Democrats have expressed unease about their scope.

“I’m going to push as hard as I can, to compete with the rest of the world,” Biden told reporters at the White House as he returned from an Easter weekend trip to Camp David.

“Everybody else in the rest of the world is investing billions and billions of dollars in infrastructure and we’re going to do it here,” he said.

Biden insisted that Republicans “know we need it.” Asked if he was concerned about the tax hike on businesses driving companies out of the US, he said, “not at all” and “there’s no evidence of that.”

Republicans in Congress strongly oppose the proposed tax increases, saying that will undermine the economic recovery following the COVID-19 pandemic.

But Biden told reporters, “You’re talking about companies in the Fortune 500 that haven’t paid a single penny in tax for three years. Come on, man.”

Biden acknowledged the plan would raise taxes on individuals and married couples who earn more than $400,000 per year. It would also boost the corporate tax rate from 21 percent to 28 percent.

That was lowered in 2017 by former President Donald Trump’s tax reform law from 35 percent. The plan also would impose new taxes on overseas business profits and could include an increase on capital gains taxes on investments like stocks and real estate.

Democrats may be able to ram through some provisions using special budget reconciliation rules that bypass the usual 60 votes needed for bills in the Senate. Democrats control just 50 votes in the Senate, with Vice President Kamala Harris breaking ties in their favor.

But centrist Sen. Joe Manchin (D-W.Va.) said Monday he doesn’t support all of Biden’s tax ideas, and could pose a stumbling block to the Biden plan. He said the top corporate tax rate shouldn’t surpass 25 percent.

“If I don’t vote to get on it, it’s not going anywhere,” Manchin said.