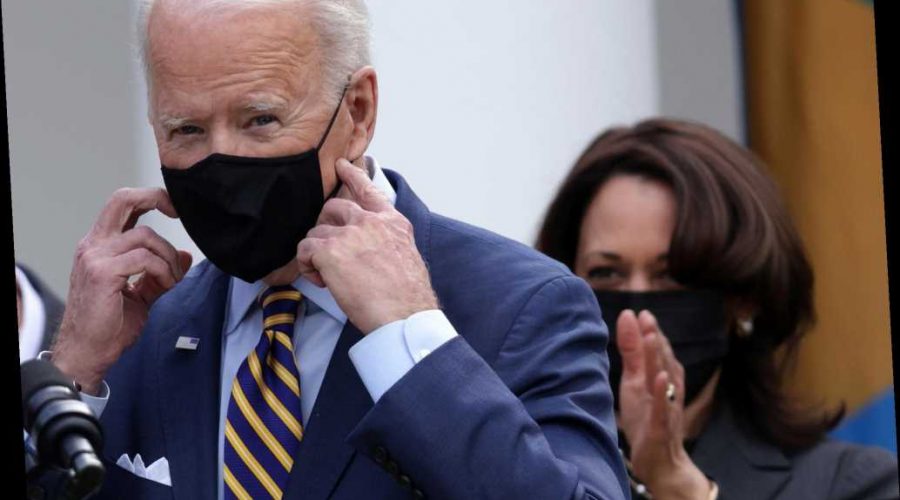 Stimulus potholes aplenty thanks to infrastructure red ink from Democrats

President Biden — facing criticism for not yet holding a solo news conference — will appear for a sit-down interview this week to sell his $1.9 trillion coronavirus relief bill to the American public, ABC News announced Sunday.

Biden will be interviewed by anchor George Stephanopoulos Wednesday on “Good Morning America” as the president and Vice President Kamala Harris and their spouses criss-cross the country on the “Help is Here” tour to tout the stimulus plan that will send $1,400 checks to eligible Americans.

The president has fielded some questions from reporters when he’s made announcements or while traveling since entering the White House on Jan. 20 but has yet to take reporters’ queries at a formal press conference as his predecessors have.

Biden signed the stimulus plan last Thursday during a ceremony in the Rose Garden and made remarks, but did not answer questions from the press.

First Lady Jill Biden will visit a school in New Jersey on Monday, and the president will travel to Delaware County, outside Philadelphia, on Tuesday.

Harris and her husband, Doug Emhoff, will travel to Nevada and Colorado.

Asked about when Biden might hold a solo presser, White House press secretary Jen Psaki claimed there are too many pressing issues right now.

“He’s answered questions. I believe that count is almost 40 times. And I would say that his focus, again, is on getting recovery and relief to the American people and he looks forward to continuing to engage with all of you and to members of the — other members of the media who aren’t here today, and we’ll look forward to letting you know as soon as the press conference is set,” Psaki said earlier this month.

14/03/2021 World News Comments Off on Biden to sit down with ABC as he sells $1.9 trillion COVID relief bill
Lifestyle